After Bitcoin broke its 2017 price record of $ 20,000 a month ago and doubled the target to 40,000, it rekindled the interest of several media outlets that declared it dead after 2017 or simply moved on to more hyped topics.
However, by the end of 2020, it was clear to many that Bitcoin was once again drawing attention. As institutional investors increasingly noted the asset for its gold-like properties and ability to protect against inflation, Bitcoin has made its big comeback in media publications around the world.
Thus, its first notable disadvantage since the recent upward journey has not gone unnoticed. After falling from more than $ 41,000 to $ 31,000 in a single day, CNN Business published on Monday an article entitled “Bitcoin drops more than 20% in three days. It is now in a bear market. ”
Although the title seems worrisome, the article itself is less negative; mentions the high that preceded the fall and presents a quote stating that “the bull run is not over yet”. However, the author writes that, as Bitcoin has dropped 20 percent, it is now in a bear market.

But is it really?

Traditionally, declines of 20% or more amid investors' fear and pessimism are identified as bear markets.
Although Bitcoin has dropped 24% in one day, it has gained 200% in just the past three months – it must be difficult to find investors who are pessimistic when looking at the recent Bitcoin price list.
This is the bitcoin price history (BTC), is anyone seeing a bear market? Source: Coingolive.
If a continued downward trend were to follow the decline, suggesting a bear market would be more reasonable. At the time of press a day later, however, Bitcoin has already recovered to around $ 35,000, meaning that it is now only 15% below its maximum price of around $ 41,000.
In addition, Bitcoin is anything but traditional and, as such, there is little point in applying traditional metrics that obviously do not work with an asset that has historically proved to be volatile.
During its 2017 bull run, Bitcoin experienced several drops of more than 20%. In September of that year, it fell 25%, from $ 4,200 to $ 3,200. In November, it fell 26%, from $ 7,500 to $ 5,500. In December, it fell 27%, from $ 18,300 to $ 13,300.
After these three “bear markets”, Bitcoin reached an all-time high, reaching almost $ 20,000.
Unlike stocks that are traded exclusively on regulated platforms during defined hours of the day, Bitcoin is traded globally 24 hours a day and is driven by the free market movement. Bitcoin is widely known for its volatility, and anyone who has been watching the price for some time knows that big swings are part of the deal.
In the Bitcoin space itself, the drop left users unimpressed, with many seeing a buying opportunity rather than a cause for concern.
“Welcome to the #bitcoin party, newbies. Wow!! fun huh? Keep holding! Light fall, nothing to worry about. All systems are normal. Cart still stuck to the rails. ”, Tweeted Adam Back, developer and CEO of Blockstream.
In fact, long-term Bitcoin owners (hodlers) are probably used to double-digit declines – especially when they follow three-digit highs.
Molly Spiers, marketing manager at CoinCorner, highlighted on Sunday that “the only reason to worry about this drop is if you’re not buying.”
However, not everyone believes that the price will recover soon. Guggenheim's CIO, Scott Minerd, kicked a local top of $ 35,000 and wrote that it was “time to get some money off the table” as “Bitcoin's parabolic increase is unsustainable in the short term”.
Notably, Minerd declared in December that the investment firm's fundamental work "shows that Bitcoin should be worth around $ 400,000".

What is the next step for Bitcoin?

As always with Bitcoin, it can go up, down or move sideways.
Investor’s Podcast Network co-founder Preston Pysh reached historic benchmarks on Monday, sharing a 2017 chart, when Bitcoin often spent no more than a few days in remedial territory before recovering. This is not to say that Bitcoin will behave the same way this time; It remains to be seen what the market will do next.

During the 2017 bull run, when the price would drop from -24% to -38%, it wasn't there very long. Just some historical reference points to think about from the 2017 chart. During the last run, -38% was the deepest interim price drop while in the post 70,000 blocks from halving. pic.twitter.com/zlv2DcDL0t– Preston Pysh (@PrestonPysh) January 11, 2022

But, as the recent rise in Bitcoin prices has been driven by accelerating institutional demand that shows no signs of slowing, many remain optimistic. In a tweet on Tuesday, Gemini co-founder Tyler Winklevoss reinforced that sentiment, stating that "there is a huge institutional demand and most of it is silent".

This is completely false. There is huge institutional demand and most of it is silent. As the operator and proprietor of @Gemini I would actually know, you would not. https://t.co/9487m9Bu3w— Tyler Winklevoss (@tyler) January 11, 2022

"This is completely untrue," replied Tyler to Peter Schiff, who said that very few institutional investors would be buying bitcoin. “The institutional demand is huge and most of it is silent. As a Gemini operator and owner, I would really know, you wouldn't. ”, Added Winklevoss.
Ultimately, calling a bear market when Bitcoin falls 20 percent after an increase of more than 200 percent makes little sense.
See also: How to earn more with the fall of Bitcoin?

Tue Jan 12 , 2021
In the first two weeks of 2022 alone, bitcoin futures broker Deribit has already reached 25% of the total volume recorded in 2020, according to the latest released data. In addition to reaching a daily record of $ 2 billion traded on Monday (11), the total volume in the last […] 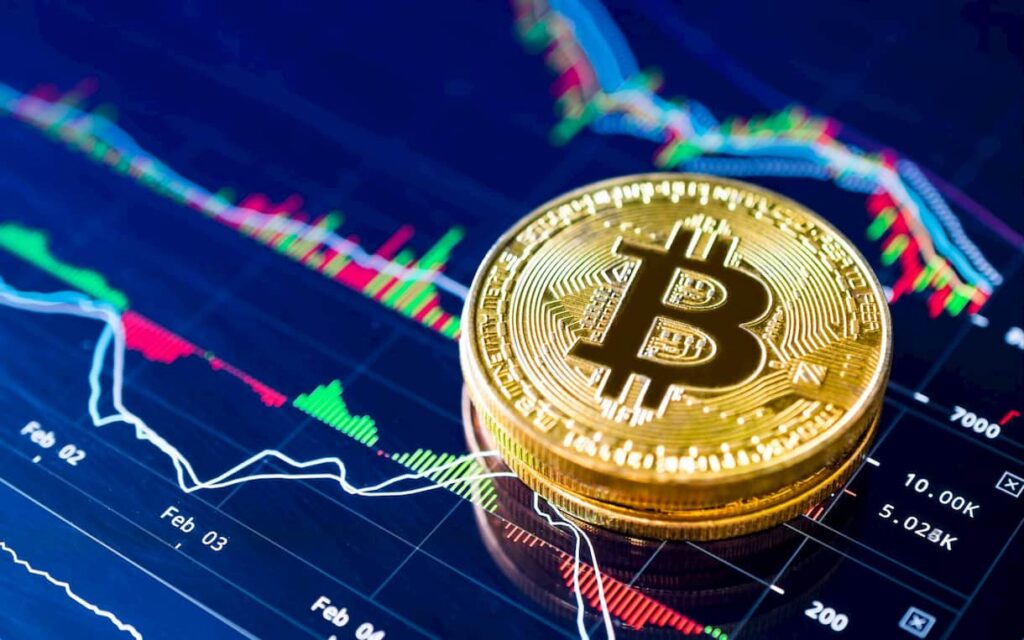