Eric Adams, the newly elected mayor of New York, has said he will accept his first three Bitcoin salaries. This happened right away…

Eric Adams, the newly elected mayor of New York, has said he will accept his first three Bitcoin salaries. This happened shortly after the mayor delivered an election victory speech promising to make New York "a center for Bitcoin."

As reported by Cointimes yesterday (3), Miami Mayor Francis Suarez has stated that he will receive his next salary at BTC, becoming the first US politician to do so.

“In New York, we always do big things, so I'll get my first THREE Bitcoin paychecks when I become mayor. NYC (New York City) will be the hub of the cryptocurrency industry and other fast-growing and innovative industries! Just wait!"

There seems to be a rivalry brewing between Suarez and Adams on this front. Both mayors are now trying to make their cities global cryptocurrency centers ahead of their competitors.

During his victory speech, Adams went so far as to declare that Miami "had its turn" and that business would be brought back to the "Big Apple", New York's nickname.

“Touché… congratulations on the election and I look forward to the friendly competition to make our respective cities a crypto capital!” replied Suarez.

“NFTs are the future of the gaming industry,” says CEO of Electronic Arts

One of the most traditional companies in the gaming industry, Electronic Arts (EA) has yet to enter the crypto games and non-fungible tokens (or NFTs) industry. One of its great opponents, Ubisoft has already begun to immerse itself in this world. EA's CEO sees potential in the sector, […] 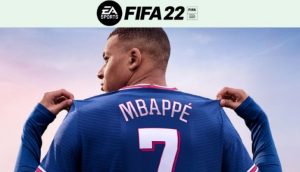