the price of nano (XNO) is up over 80% in less than an hour on the Binance exchange as this article is being written. on-chain analytics indicated an increasing flow of XNO out of exchanges and this may have contributed to such an aggressive rise.

On the afternoon of Wednesday, March 16, the price of cryptocurrency nano shot up from $1.67 for $3.14 on Binance in less than 1 hour. Resulting in an increase in 88%. 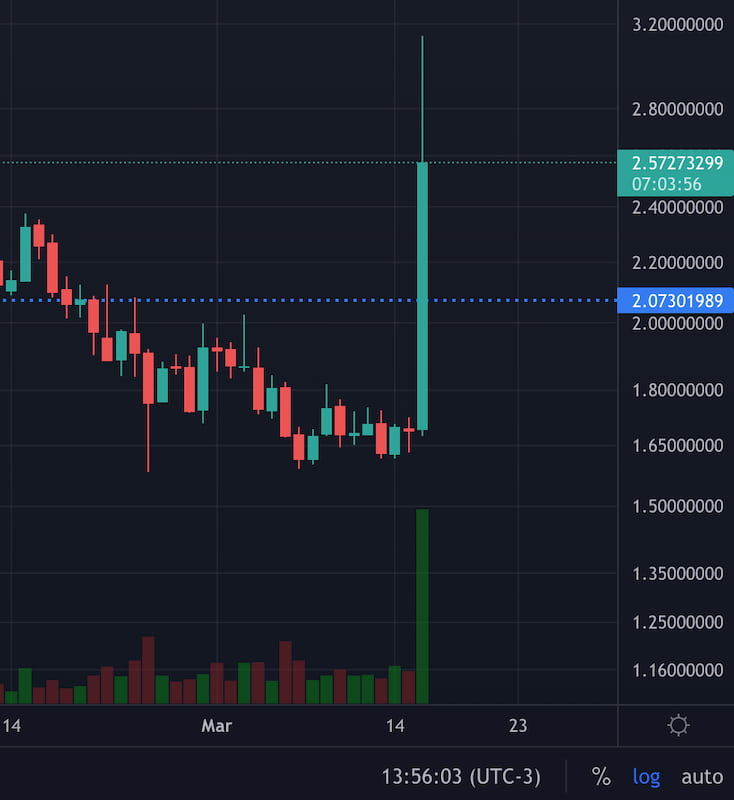 In the chart, we also notice a large increase in trading volume, with more than 500,000 XNO traded in the most critical 15 minutes of the ‘pump’ (aggressive price rally) and which had been registered at $11M on Monday, but today has already surpassed the US$ 36M; according to Coingolive.

Such an aggressive price hike in low capitalization assets market – as is the case of nano with around US$ 230M market cap – can be very common and is usually caused by a big buy “at market” that’s going executing multiple cascading sales orders until fulfilling the entire purchase order. It’s what we casually call “fat finger”.As we can see in the volume of the last 24 hours that represents more than 15% of the entire market value of the asset, a great buying pressure that pushes the price up aggressively. While the article was being written, arbitrage traders – who take advantage of the variation in the price of an asset in different markets to profit from the difference – have already helped to balance the quotation that accumulates appreciation of +52.91% in the last 24 hours. 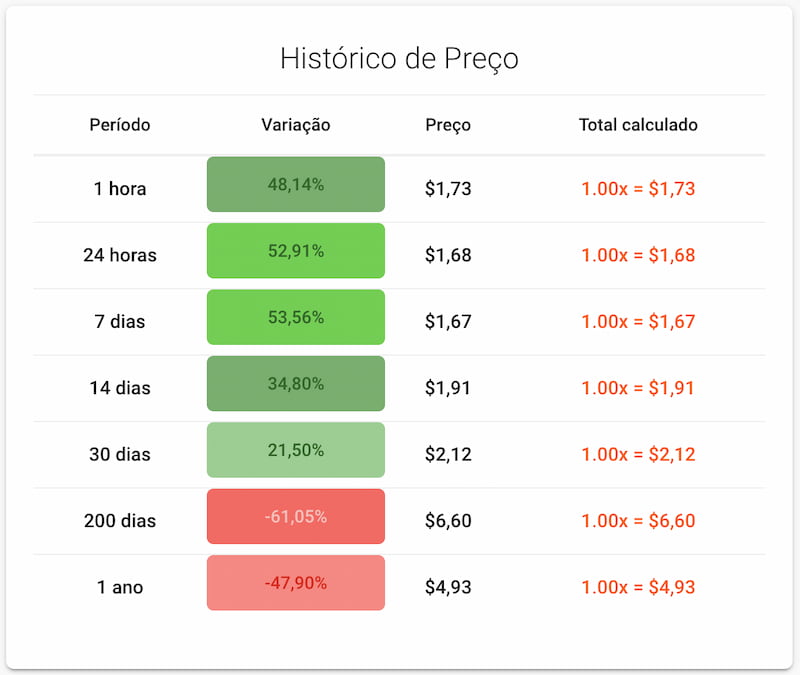 For several weeks, the market has already seen a very strong movement of XNO outflows from exchanges to unknown private wallets, as well as movements of whales also in the sense of “withdrawal from exchanges”.The amount of Nano on Binance has been dropping significantly in recent days.In addition to unknown whales, a well-known whale is Pool2Miners, a forethereum mining ool next paying your miners in nanofor save on fees.Every day, without fail, the company has moved amounts in excess of 50,000 XNO and on 03/14 a record payment in currency was achieved with Ӿ90k purchased and withdrawn from Kraken to be distributed to miners.

The last two days of payments from 2Miners are equivalent to more than 0.1% of the entire nano offer available on the market and as all units of the currency have already been distributed and are in circulation (with 0% inflation), only the pool already has the potential to create an event called supply shock.A supply shock is when the demand to buy an asset is much higher than the offer to sell this asset in the market. Making prices rise sharply, as observed this afternoon. A possible “fat finger” was the “demand” that was missing to evidence what many analysts and community members have already been observing and waiting for.

The ecosystem has been evolving consistently

It is nothing new for the reader of the Thegarret that the Nano ecosystem is in a gradual and constant evolution, since since October of last year we have been reporting several positive news and speculations about the project. GitHubalready reaching 80of which only 6 are part of the Nano Foundation.Check out some of them below:NovaDAX is full of news! One of the largest cryptocurrency exchanges in Brazil has now ZERO withdrawal fees in real! NovaDAX also counts zero fees for Bitcoin transactions and more than 110 listed currencies, with cash withdrawal available and high liquidity. Cryptocurrencies with the best rates on the market! Simply activate the free Novawards program and enjoy reduced rates of up to 75%. Discover the NovaDAX Card and order yours now.

Thu Mar 17 , 2022
Cryptocurrency users want their transactions to be as private as possible, so they demand privacy and anonymity. Fortunately, Monero (XMR) has found a solution to this problem. Monero was established in 2014 as an anonymous Blockchain platform for cryptocurrency users. To provide anonymity, it uses a distributed public ledger with […] 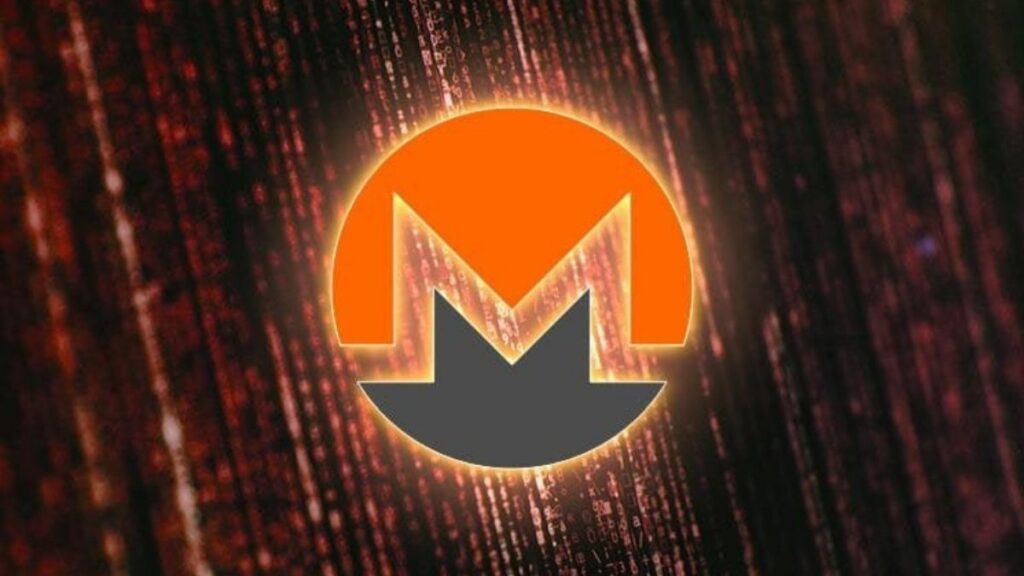