Some stories definitely age badly, and this is the case with the story you are going to read now. This story was told about 6 years ago on a Reddit relationship forum, where a wife was outraged that her husband had spent all his savings on bitcoin and became a cryptocurrency fanatic. All of this during 2013.

My husband (I will call him John to remain anonymous) and I have been married for just over 5 years and everything was going well until about a year ago. We were planning to have kids and everything. Now it seems that my life is completely stagnant.

John was a creative guy and had a lot of ideas, let's say, at least doubtful:

We should make a blind company that simulates the sunrise for those who need to wake up before the sun rises, said the wife.

John's wife says that she didn't care much about her husband's ideas because they didn't affect anyone and would be nothing more than crazy plans. But John knew something much more addictive in which he would spend all his energy to get more, and I'm talking about bitcoin. Remember that in 2013 cryptocurrency had a small fraction of the attention people are directing it today, and that is reflected in the price. In June 2013, the currency traded at around $ 100, just 0.18% of the current price.

John got to know Bitcoin on Reddit forums and began to take an interest in cryptocurrency, even making weekly purchases of the asset. “He started taking every penny we had to buy as quickly as he could,” reported the girl in 2014. In the crypto market there are investors who are known as 'lettuce hands', who with the least negative price volatility despair and make sales even if they are at a loss. But John was definitely not that guy. "We lost more than $ 22,000. I kept telling him to sell because the price was going up and he promised me a great year in 2014. The price kept falling and he CONTINUED BUYING MORE. ”, Vented.

As if that were not enough, John's fixation seemed to grow daily. The young man became a Bitcoin evangelist and whenever he had the opportunity he talked about cryptocurrency to acquaintances and to strangers, including in his wife's work: “My husband started bringing bitcoin to events. MY events are MY job. The people here have a lot of money and he knows it. He saw it as some kind of opportunity. He talks nonstop about how taxes are theft and how bitcoin is a way out. The dollar is about to collapse, banks are destroying the world, etc. You should make jokes about how their football team is doing, and not get into these political discussions. ”The couple's fights started to get much worse, and John's behavior became a roller coaster due to the high volatility of the BTC price at that time . Daily variations of 10 to 20% were extremely common in 2013. “I feel like I read more about bitcoin than he does because he will not discuss any disadvantages with me. He told me that all problems will be fixed and that we are at an early stage. He seems to be in a constant bubble of good news about it, when no one really cares. (…) I'm ashamed to be close to him. (…) He's ruining my job and stealing my happiness. ”John does seem to have passed some limits on his wife:

I used to think of him as a smart guy and I never, ever thought that he would basically succumb to brainwashing by a bunch of clueless idiots from the internet who seem to know absolutely nothing about finance or the real world.

Despite the wife's pessimism towards her husband, she had good intentions and tried to help him:

What do I do? I am not religious at all, but my family certainly is. I feel like I couldn't even mention the divorce and I want to save my husband.

Six years later, the currency that was traded at around $ 100 has reached $ 54,000 while large institutional investors are beginning to embrace it. The wife's post has been deleted, but it can be read in its entirety at this link. It is not known if the couple actually divorced, but most users definitely supported the woman's separation from John in the comments section. We don't even know if John kept his bitcoins until today. If you did, today you are at least a multimillionaire. I hope he hasn't lost his ‘faith’ in bitcoin. What did you think of the whole story? Leave your opinion in the comments section below.Read more: Criminals take hostages and steal more than R $ 200,000 in bitcoin. How to protect yourself?

Criminals take hostages and steal more than $ 200,000 in bitcoin. How to protect yourself?

Sat Feb 20 , 2021
Pakistani criminals took two hostages and stole over R $ 200,000 reais from European tourists, understand how this happened and learn how to protect yourself. In the midst of cryptocurrencies it is very important to keep your private keys safe, use only reliable applications and take care to do not […] 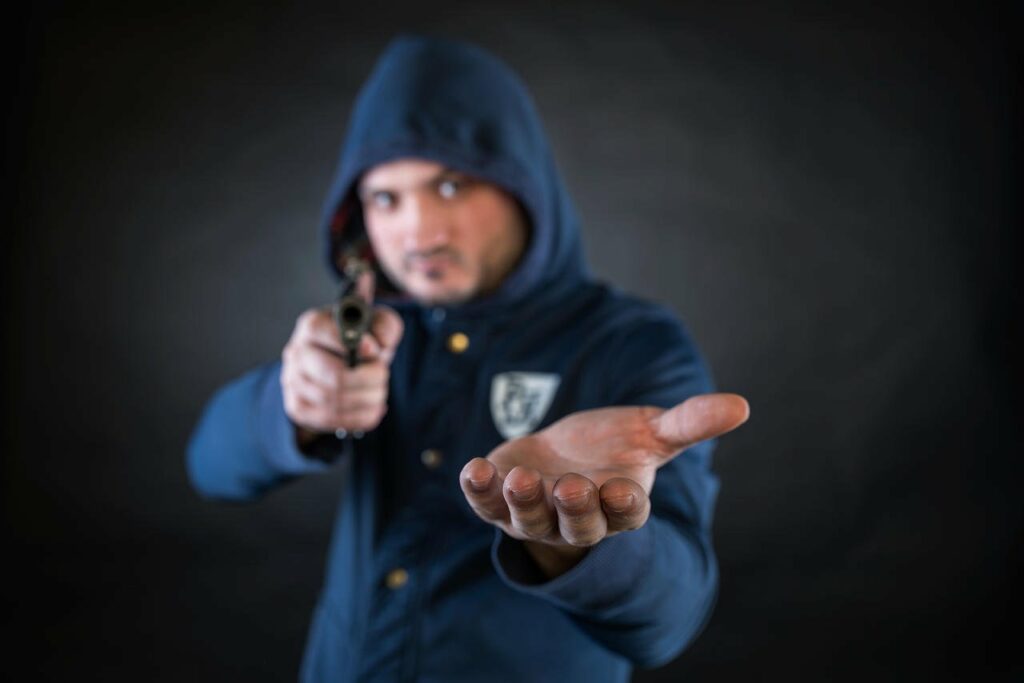