Speculation of a possible nerfing of some Axie Infinity cards in an upcoming update has left powerful axies cheaper on the market.

Axie Infinity is a game where all characters are represented by NFTs and players receive tokens while winning matches. It is currently the biggest blockchain game on the market.

The monsters used to play Axie Infinity, called axies, are traded on an open marketplace and the price of each character type can vary according to player demand.

Stronger axies get cheaper, does it make sense?

Anyone who plays Axie Infinity is likely to know the fearsome “terminators,” axies with cards that repeatedly slow down and stun enemies.

The combination shown in the image above proved to be very efficient to win matches against various types of teams. It soon became common to find players using at least one terminator on their team.

Generally, they are seen in the "reptile" type, one of Axie Infinity's races. However, some experienced players managed to create “dusk” type terminators, which in addition to all the strong combinations, are even faster.

These are found in high ranking matches, accounts with 1800 trophies and up. Their main advantage over reptile-type terminators is that they generally outrun fish and birds with only a speed debuff on them.

However, in the official marketplace of axies something happened that caused strangeness in players: the most powerful terminators became cheaper than the most common ones.

We cannot say that a buying opportunity has opened, as speculation can explain the movement. In games, it is common that if a combination becomes stronger than expected, an upcoming update will weaken cards to rebalance the game.

Some players, however, do not believe that this will be the case, as there are already several strategies and good axies to contain the terminators and even disable them.

It's also worth remembering that the developers of Axie Infinity said that morale and skill will be more important attributes in future updates. So the speed might not be enough anymore to decide which terminator is the best.

But if you prefer to play Axie Infinity without worrying about the axies market, count on the help of Coingoback Play to get a team formed by experts to play and earn money.

Play is a Coingoback school formed to help users take advantage of the best of the world of NFT-based games to accumulate bitcoin, learn more by reading the article “ How to play Axie Infinity and earn money without investing ”.

See other texts I've written about my journey with Axie Infinity:

Do you remember when the President of the United States, Joe Biden, swore to go after the ransomware authors? It's not only happening, it's hitting the cryptocurrency ecosystem hard. The Office of Foreign Asset Control, an agency of the US Department of the Treasury, has placed brokerage Chatex on its list of […] 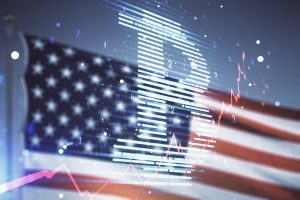