Mining Express is an ethereum mining company that was founded in 2018 in Ukraine by Brazilian Kaze Fuziyama. In a video posted on YouTube in late 2020, Fuziyama said he set up the company, which promises daily profits, after allegedly earning $50 million investing in dogecoin and working in multilevel marketing. He just forgot to talk about his past as the leader of two financial pyramids that harmed thousands of Brazilians. Fuziyama was the promoter of One Thor Brasil, a company that offered prizes for people to form networks and sell supposed products, such as mattresses, magnetized pillows, cell phones and weight loss products. In 2015, the Public Ministry of Mato Grosso pointed out that the business had signs of being a financial pyramid. On Reclame Aqui and on social networks, there are several reports about the lack of payment for resellers. In a video published by Fuziyama at the supposed headquarters of the business in Hong Kong, China, he makes several elections to the supposed pyramid. “One Thor's product is wonderful and sensational,” he said. After One Thor collapsed, Fuziyama started promoting the D9 Club, a financial pyramid founded by Danilo Santana. The scheme left a loss of R$ 200 million for thousands of Brazilians. Fuziyama appears in a 2016 video, alongside former player Marcelinho Carioca and other leaders, advertising the coup.

Kaze doesn't give an interview to just anyone

The report tried to schedule an interview with Fuziyama through the phone available on the Mining Express website. In response, the Brazilian's team said that "he doesn't do an interview like that". He also said that the owner of Mining Express “should be out on Forbes (magazine) now”. In addition to Forbes, Fuziyama invests heavily in other media. A brief search for your name leads to articles on sites like MSN, IG and Na Telinha. In the texts, he sells himself as an 'influencer', 'rich' and 'millionaire trainer'. “I used to work 12 hours a day at the company that had hired me. It was not very profitable, it required a lot of me, which ended up not being very beneficial for me. These days, I'm making millions a month, just with my work, as independent as possible and with the financial return being mine alone,” he told MSN. On Instagram, Fuziyama usually publishes catchphrases for his 807,000 followers. “Motivation is the drive for dream fulfillment,” he wrote last weekend.

Mining Express is located in Kirovorad, Ukraine. The city is about 300 km from the capital Kiev. His name appears at No. 24 on Etherscan, a blockchain explorer that ranks the top ETH miners. In 2018, the company was inaugurated at a grandiose event that caught the attention of the local media. Journalists, however, cannot enter the space. Suspicious, the editors of the Ukrainian website Tech.liga contacted representatives of the country's cryptocurrency industry and asked about the new venture and its owner. “Be very careful with all high-level events. If I were a serious person, I or my environment would know that”, said one of the experts consulted by the newspaper. Like the other two financial pyramids promoted in the past by Fuziyama, his mining company promises fixed earnings for clients, according to a presentation sent to the report by Bitcoin Portal. Packages range from $100 to $35,000.

The mining company also offers investors the possibility to earn commission by referring others to join the network. Also according to the business plan, Mining Express promises prizes – such as bitcoin, Lamborghini and Rolls-Royce – for those participants who attract more people to invest in the scheme.

CVM filed to investigate the company

The company does not have authorization from the Brazilian Securities Commission (CVM) to attract clients in Brazil and offer collective investment contracts. In December 2020, the regulator opened an administrative proceeding to investigate possible irregularities.

It should be remembered that it is not the authority of the autarchy to regulate the purchase and sale of cryptocurrencies. However, the CVM can intervene if it understands that cryptoactives are characterized as securities, such as collective investment contracts or derivatives, for example. This happened with Grupo Bitcoin Banco, Atlas Quantum and many others. The fact that the company is in Ukraine does not prevent the regulator from acting either. That's because Mining Express advertises in Brazil – with a website in Portuguese – and attracts customers in the country.

Several leaders and promoters of the former D9 did well in life. The now entrepreneurs Antonio Neto Ais and Fabricia Ais are an example. Despite having participated in the scheme and responding to at least 20 lawsuits, they founded Braiscompany, a cryptocurrency company that guarantees fixed monthly profits in the cryptocurrency market. In December, the creator of the analysis house Suno Research, Tiago Reis, accused the company of being a financial pyramid. CVM and the Public Ministry are investigating the case.

Mon Aug 23 , 2021
The Taliban in Afghanistan The United States has helped evacuate at least 37,000 people from Afghanistan since the Taliban seized power. TT Published: 23 August 2022, 17:18The military part of Kabul Airport is the only part of Afghanistan that the US-led coalition still controls. U.S. spokesmen have said it will […] 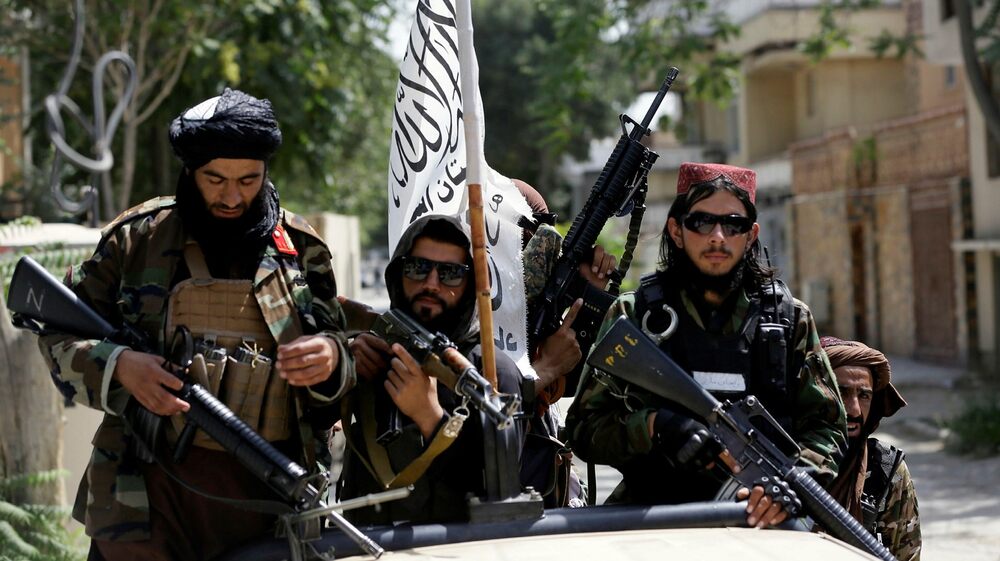