The mining sector's revenue in Brazil grew amid the covid-19 pandemic. The result of 2020 was 36% higher than that of 2019, reaching the figure of R $ 209 billion. The figure appears in the balance sheet released yesterday (2) by the Brazilian Mining Institute (Ibram), an entity that gathers the largest mining companies operating in the country.
The positive performance was leveraged by the fourth quarter of last year. In the last three months of the year, revenues were R $ 83 billion, 63.6% more than in the previous quarter. Pará and Minas Gerais, states with greater mineral production, were the main responsible for this increase. Paraense production generated an increase of 97% in revenues for the fourth quarter, while miners registered an increase of 55%.

The largest variations were registered with iron ore and gold. Last year, iron ore production generated revenues of R $ 138.7 billion, 39% higher than 2019. Gold increased 76%, closing 2020 with R $ 23.2 billion.
Despite the high turnover of the sector, the mineral production commercialized in 2020 was close to the previous year. In 2019, 985 million tonnes were traded. Last year, there were 1.009 billion tons.

The volume exported in 2020 was only 2% higher than 2019. Even so, business in the international market generated 11% more in foreign exchange compared to 2019, reaching US $ 37 billion. China has strengthened its position as the main destination for Brazilian iron ore. The Asian country accounted for 62% of exports in 2019. In 2020, this percentage rose to 72%.
According to Ibram, although production was not much higher than 2019, last year's financial results were benefited by the variation in prices in the international market and the appreciation of the dollar. After Australia, Brazil is the world's largest producer of iron ore, whose appreciation was over 60% over the past year. The ton ended 2020 costing $ 155.84.

Price dynamics in the international market were influenced by the pandemic. The strength of Chinese civil construction, which received stimulus from the government to move the local economy through robust projects including some large hospitals, was pointed out by Ibram directors as one of the factors that helped raise the value of iron ore. Interest in gold on the international market has also grown. On the other hand, there was a significant drop in the volumes of niobium (-33%), aluminum (-36%) and manganese (-17%) exported by Brazil.
“Niobium is widely used in the oil and gas, automotive and structural sectors. And with the pandemic, there was a reduction in demand from these sectors in countries like the United States, Europe, Korea and Japan. As for gold, it is normal that, in times of uncertainty, it is seen as a safe store of value ”, says Wilson Brumer, president of the board of directors of Ibram.
In addition, from January to December 2020, the dollar rose 24%, favoring sectors that managed to do business in the international market. "These prices, when converted into reais, reach very significant numbers," notes Wilson Brumer.

With the increase in the sector's revenue, the collection of taxes also grew. The Financial Compensation for the Exploration of Mineral Resources (CFEM), known as the royalty charged by mining companies, increased by 35%, closing 2020 with R $ 6.1 billion. There was a drop in revenue only in the second quarter, due to the pandemic, which was overcome with the good performance of the sector in the rest of the year. In addition, the sector collected another R $ 66.2 billion in other taxes.
“CFEM is a very important collection, mainly for mining municipalities. In Pará, for example, we have the municipality of Parauapebas, which collected about R $ 1 billion last year with Cfem alone ”, says Flávio Penido, Ibram's CEO. At the same time, he advises municipalities to prepare for the future.
“It requires a certain amount of care. Ibram has a project to approach the city halls to help them study the best way to apply this resource, anticipating the future exhaustion of the reserve. Certain municipalities already have mechanisms to reserve a portion of this collection from CFEM to plan economic alternatives ”.

In the three-year period between 2018 and 2020, the collection with CFEM increased by more than 100%, jumping from R $ 3 billion to R $ 6.1 billion. This increase was partly influenced by the change in rates that occurred at the end of 2017.

According to Ibram, the forecast for investments to be made by the sector over the five-year period from 2020 to 2024 is US $ 38 billion. Of this amount, US $ 2.2 billion is destined to decommission dams and dispose of dry waste.
The decommissioning of dams built using the upstream raising method is a determination of the government and it is about the elimination of these dams. Upstream elevation was the method used by the two structures that broke in recent years in Minas Gerais: the first episode occurred in 2015 at a mine by the mining company Samarco in Mariana (MG) and the second in January 2019 with a dam da Vale located in Brumadinho (MG).

After this second tragedy, Minas Gerais passed State Law 23,291 / 2019. It instituted the State Dam Safety Policy, establishing deadlines for the entrepreneur responsible for the dam raised upstream to promote the de-characterization. At the national level, the National Mining Agency (ANM) issued a resolution with similar determination.
In addition, several dams upstream were paralyzed by determination of inspection bodies and also of Justice. In some cases considered more critical, the mining companies responsible for the structures had to evacuate communities located in areas that would be quickly flooded in the event of a disruption. (Ag. Brasil).
Only click here if you are already an investor

Wed Feb 3 , 2021
Bloomberg Intelligence senior commodities strategist Mike McGlone said that Bitcoin has become less risky than the notorious Dow Jones index in its February Crypto Outlook report. “Our chart shows a key indicator for the Bitcoin-to-Dow price relationship to extend beyond 1 to 1: volatility in the cryptocurrency appears to be […] 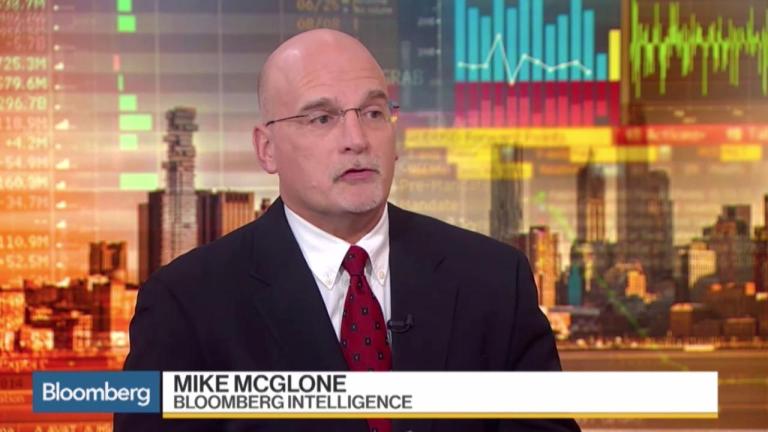