The DEX platform TraderJoe released the latest modular staking functionality for the token $JOE which pioneered a system PvP (Player vs Player) on DeFi farms and accelerates the receipt of rewards on the platform.

When decentralized exchange TraderJoe announced the launch of modular features for staking the native token, $JOE greatly appreciated, with DEX with better performance that week. The modularity is interesting because the JOE holder can choose between 3 different ways of staking their tokens, depending on the market moment or the chosen strategy:sJOE: You freeze your JOE’s liquidity in staking and receive USDC stablecoin income. Of all fees paid by users on the platform, 0.05% is earmarked for the purchase of USDC on the market which is redistributed to sJOE investors according to their participation in this module.rJOE: You stake JOE to earn the right to participate in Rocket Launch; which is an IDO (initial dex offering) program for launching new projects on the Avalanche network.see: You staking JOE and manage to improve the yield of your farms on the platform; for example in AVAX-USDC liquidity pools, or AVAX-JOE, etc. And this is where the PvP system is.

Launch of veJOE and the DeFi PvP system

The other modular functions had already been released, but veJOE was being awaited by the TraderJoe investor community, as it is something very different from what is normally done on other platforms. AVAX ecosystem, in Barcelona – Spain. The community was surprised to find that one of the main developers of the ecosystem would not be present at the event and he tweeted about it on the 20th.

“I won’t be going to the Avax Summit too busy building for the future.”0xmurloc is co-founder and developer of TraderJoe and the launch of veJOE the day after this tweet (21/03) was proof that he was not lying. available on the platform and a significant increase in network fees on the platform was actually observed, which demonstrates an increase in investor movement even during the biggest Avalanche blockchain conference.Know more: Avalanche Launches Multiverse, a Subnet Acceleration Program

Meet the millionaires’ fight in this innovative DeFi PvP

The announcement was made along with a quick explanation of how the DeFi PvP system will work.

According to the amount of veJOE of each investor allocated in some specific farms, it will increase the percentage of reward received in JOE in that pool, in a zero-sum game, where each participant “steals” the participation of the others. , if an investor does not own any veJOE on a farm with the modular boost option, investors who do will receive more on the predicted APR and those who have none will receive less.

In the example in the image, Alice has only 1 LP token in the pool, but she also has 1000 veJOE. She will receive 2,545 JOE reward. While Bob, who has 10 times as many LP tokens but only 100 veJOE, you will only receive 3 times more Reward JOEs than Alice, who had her income boosted with modular staking. As shown, the LP token will still have a greater weight in the final reward, but the PvP DeFi system creates a different and more competitive dynamic.Advantages of PvP DeFiOne of the advantages The clearest features of this system is that it encourages locking JOEs into staking, increasing the TVL on the network (and its value) and also decreasing the selling pressure arising from the high inflation that the token currently has. Encouraging participants to keep JOE within the ecosystem to gain more benefits.Disadvantages of PvP DeFiThe problem is that this system can create a very powerful economy of scale, where the biggest JOE holders can stake very significantly against the others, with that they can earn a much bigger reward, staking even more and this creates a snowball that grows very fast in favor of the bigger holders and to the detriment of the smaller ones. This could discourage the participation of small holders in these farms, concentrating even more tokens in a few already very strong addresses, with greater power over the price in the market.What do you think? Comment your opinion on social media!Instagram | telegram | twitter | FacebookBuy and sell Bitcoin and other cryptocurrencies on Coinext
The complete broker to safely and conveniently invest in the most traded cryptocurrencies in the world.
Register and see how simple it is, visit: https://coinext.com.br

Tue Mar 22 , 2022
After hosting the first metaverse festival, Decentraland (MANA) announced that they would be hosting the first metaverse fashion week (MVFW) between March 24 and 27. MVFW is designed by Decentraland Foundation Creative Director Sam Hamilton and MVFW Director Giovanna Casimiro. Unlike traditional fashion shows, which are not accessible to ordinary […] 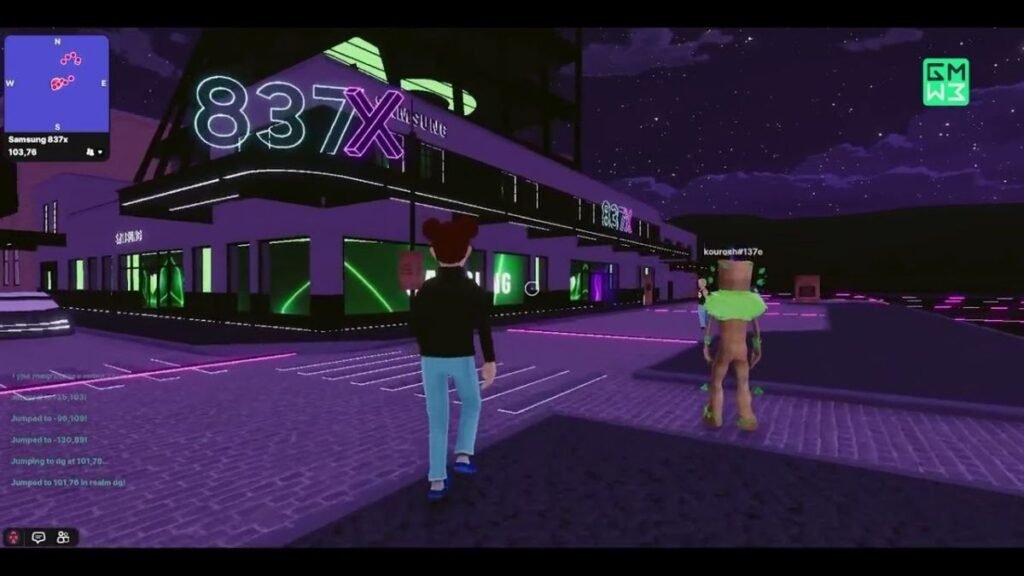