Bitcoin has a serious privacy issue that resulted in the seizure of cryptocurrencies from protesters in Canada Paynym is a technological implementation that can solve some of these problems funds in Bitcoin due to its decentralized character, but what few know is that the government of Canada was watching all bitcoin transactions on the network and was ready to confiscate the more than US$5000,000.00 in BTC. Truck drivers protesting against state bureaucracy in Canada had their bank accounts blocked, the money of relatives and friends frozen and were victims of brutal police attacks. The last hope, the collection of bitcoins also failed miserably, thanks to the lack of implementation of Paynyms. This story might seem to come from a dystopian George Orwell future, but it happened in 2022 before our eyes. But before I explain what Paynyms are, first we need to make it clear that all transactions on the bitcoin network are public and easily auditable. This means that if you create an address and ask for donations, the government or anyone can follow the money and ask any and all bitcoin exchanges to block the funds as soon as they touch their address.

How to make life difficult for eavesdroppers? Paynym to save the day

With these difficulties in mind, Bitcoin (BTC) developers have come up with a clever way to make life for snoopers on the blockchain more complex, BIP 47. bitcoin 47 improvement proposal creates a standard for “reusable payment codes”. In other words, the same code can be used to generate different bitcoin addresses. Paynym is nothing more than the implementation of the Samourai Wallet for the Bitcoin Improvement Proposal 47 (BIP 47). And the most interesting thing is that Paynym also creates an avatar, making it easier to identify contacts. My reusable code is: PM8TJYGjqEJcHyNzdGQrbf7KQL7AQFgTHxkt9abRNMukAdPZWjWCdfNFonWqSQDuqB7xVnAUwRRC4unrptXCaemKYNymNKGKNgyfXtSADyBSuNL4fgCcE my Paynym robot is this:

The cryptographic intricacies of Paynyms are well described on BIP 47’s Github and the purpose is not to describe them here as this is an introductory article. But the simplified process of how this tool works is the following. Let’s imagine two friends, Alice and the truck driver Roberto wanting to transact bitcoin without a third party knowing about all the transactions between them. Roberto posts Paynym’s address on his social networks via QR Code or pure code. Alice opens her Samourai wallet and “scans” RobertoAlice’s QR code follows RobertoAlice pays a 15,000 sats fee + transaction fee to connect to RobertoAlice waits for confirmation on the blockchain and can now build transactions for wallets that only Roberto can spendAlice can send as many transactions as you want for the truck driver, always generating new addresses for Roberto’s exclusive use. Under the hood these are the steps taken: 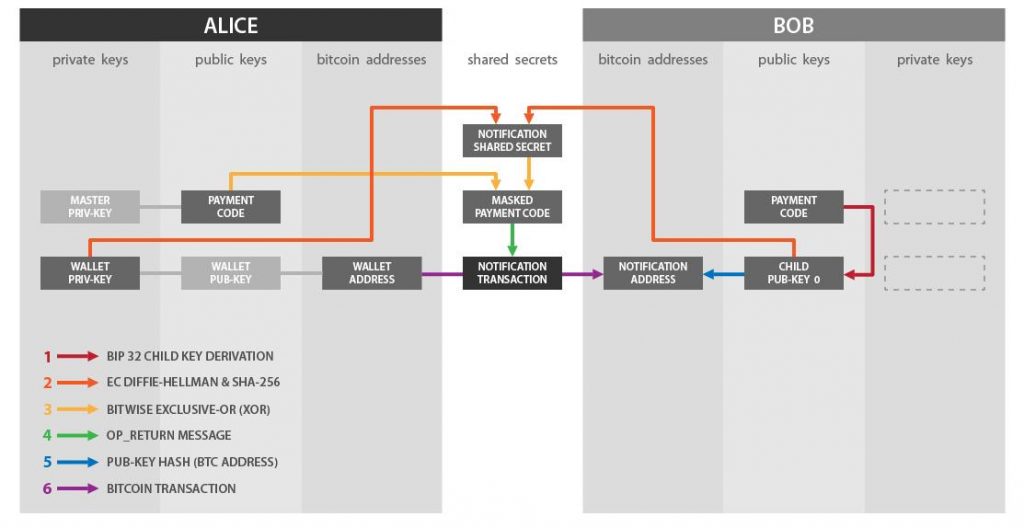 How to get a Paynym?

In any initial installation of Samourai Wallet you can choose to receive a PayNym by simply making the “Claim” for free. If you already have a Samourai Wallet, just click on the (+) in blue and press PayNyms to receive it. On the same screen appear the options to follow and who your followers are, in addition to sharing Nym, scanning, syncing, signing messages and activating all payment codes. 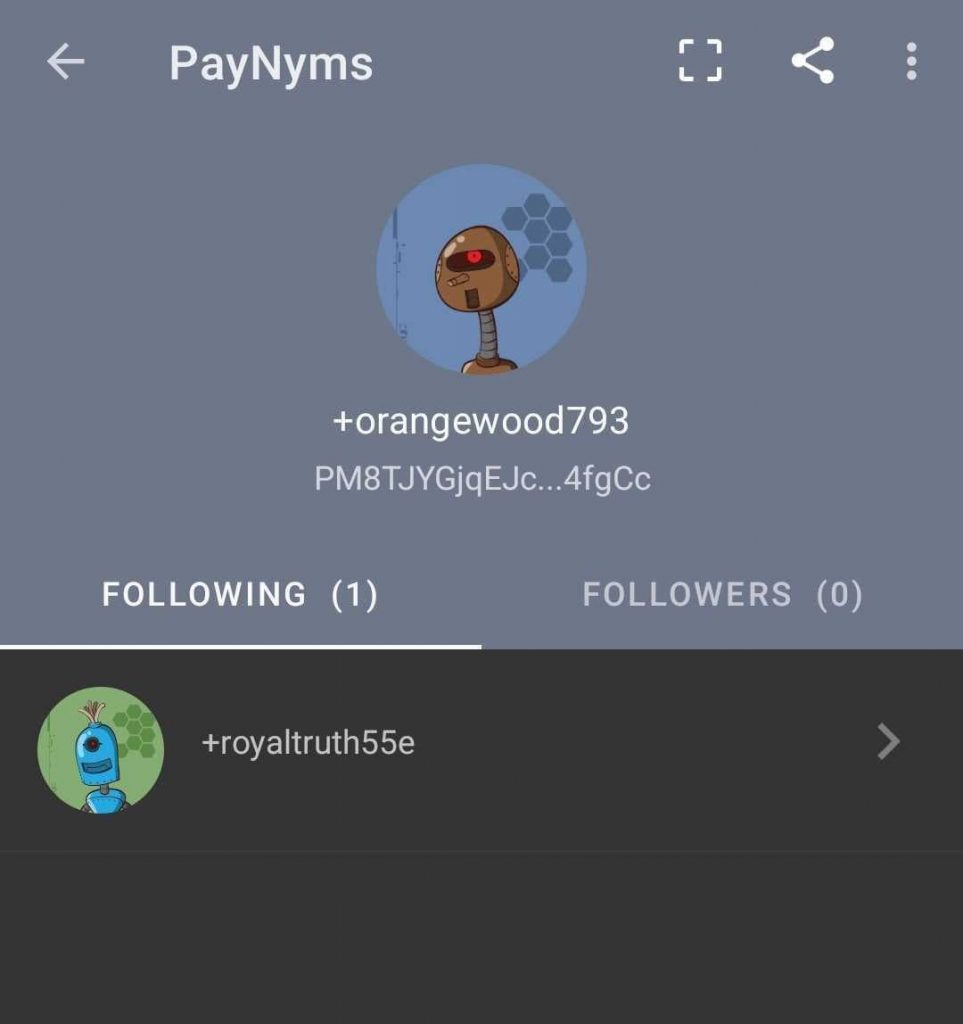 The “Nyms” robots are generated through a hashing (mathematical function) of the payment code. In addition to being a lot of fun, robots help with memorization and the same thing applies to each Nym’s unique name. It is much easier to remember + orangewood793 that code: PM8TJYGjqEJcHyNzdGQrbf7KQL7AQFgTHxkt9abRNMukAdPZWjWCdfNFonWqSQDuqB7xVnAUwRRC4unrptXCaemKYNymNKGKNgyfXtSADyBSuNL4fgCcA image of robots is published along with the code one more memorable name, mine is + orangewood793 on page “https://paynym.is/+orangewood793”

What can I do with PayNyms?

Paynyms can provide private donations, give you a public ID and that can open the door to things like bitcoin salary payments more easily. Apart from the above advantages, Samourai Wallet users are seeing an infrastructure of services created from Nyms, such as mixers and more private communication protocols (Cahoots). The Paynyms ProblemsThe advantages are many, but the adoption of the technology still has an obstacle. For developer Luke Dash Jr, Paynyms help spam the bitcoin network, as an initial transaction is required to connect a wallet. However, a new proposal wants to eliminate that fee and soon adoption will have an even lower barrier to entry.

How to understand more about Paynyms?

Samourai Wallet, unfortunately, is the only one to implement Nyms even with open infrastructure and open-source code. So it’s always good to keep an eye on the Samourai’s Twitter and see more news on Cointimes Telegram. NovaDAX is full of news! One of the largest cryptocurrency exchanges in Brazil has now ZERO withdrawal fees in real! NovaDAX also counts zero fees for Bitcoin transactions and more than 110 listed currencies, with cash withdrawal available and high liquidity. Cryptocurrencies with the best rates on the market! Simply activate the free Novawards program and enjoy reduced rates of up to 75%. Discover the NovaDAX Card and order yours now.

What follows the Polkadot parachain auctions?

Thu Mar 17 , 2022
Polkadot (DOT) is inevitably becoming one of the biggest projects in the crypto sphere, next to Ethereum. Dubbed the Ethereum killer, the project followed its roadmap step by step, and is currently in the parachain implementation phase. In other words, Polkadot has started adding projects to its network, with each […] 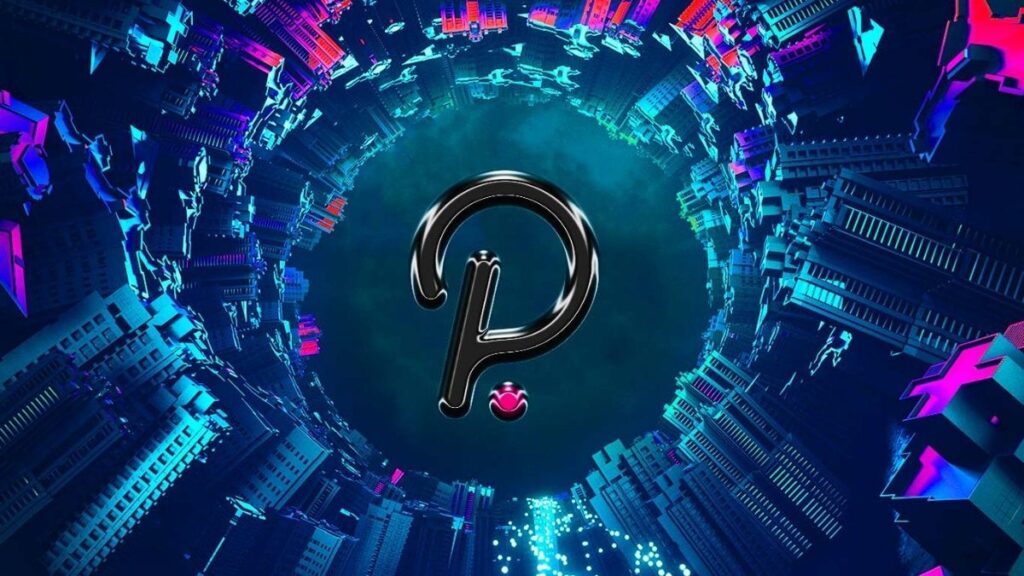