Check out this full review of the MyNeighborAlice play-to-earn game that is already winning the hearts of some players with its “cute” graphic.

What is My Neighbor Alice?

The game My Neighbor Alice – which can be translated as My Neighbor Alice – and we will abbreviate it a few times in this text as MNA, presents a metaverse a little different than what fans of the GameFi industry are used to. Bombarded with more technological and futuristic designs, the usual play-to-earn player might be surprised by a more “cute” choice of My Neighbor Alice, which could even be identified as a children’s game at first glance. Upon accessing the platform, the player finds himself immersed in a customizable metaverse that he mainly interacts with through his avatar – also customizable.

NFTs and play-to-earn on MyNeighbourAlice

At first, the player is introduced to Alice (NPC), the main guide and mentor who will indicate the way forward; introduce the world of MNA; and introduce other NPCs, like your bear friend named Bjorn, who will deliver quests that yield in-game rewards as completed. These quests are rewarded through items and also the token ALICEused as in-game currency, but which has real monetary value as it is an ERC-20 token that is being traded on some exchanges such as foxbit – with purchases in pair ALICE/BRL. Using the ALICE token it is also possible to buy land, structures and items in the game’s internal market. With a piece of land, the player can modify the piece of land and build on it, acquiring profitability on its structure through various functionalities. Both the land and the other items are non-fungible tokens (NFTs) that can also be traded outside of the game via the Ethereum blockchain and on specialized marketplaces such as OpenSeas, for example. All with the security of a token in the EVM (Ethereum Virtual Machine) ERC-721 standard.

The ALICE token has three main features: In-game currency;Governance;Staking. The part of being currency we already covered in the previous item of the article, but in addition to buying internal improvements, ALICE holders can also actively participate in MNA governance decisions, voting in what is called the Community Council. In addition, in the initial moments of the project, with the aim of encouraging the “hold” by investors, it is possible to staking ALICE tokens and receive staking rewards through token inflation that is distributed to all who demonstrate confidence in the project. enterprise, blocking its liquidity. At the time of writing this article, only 30.6% (30,600,000) of the entire maximum supply (100,000,000) has been put into circulation and the rest will be distributed in a tiered model through staking rewards; in-game play-to-earn rewards (quests, for example); and through other systems defined in the whitepaper.

As reported by the game’s developer team, the initial distribution took place as follows: 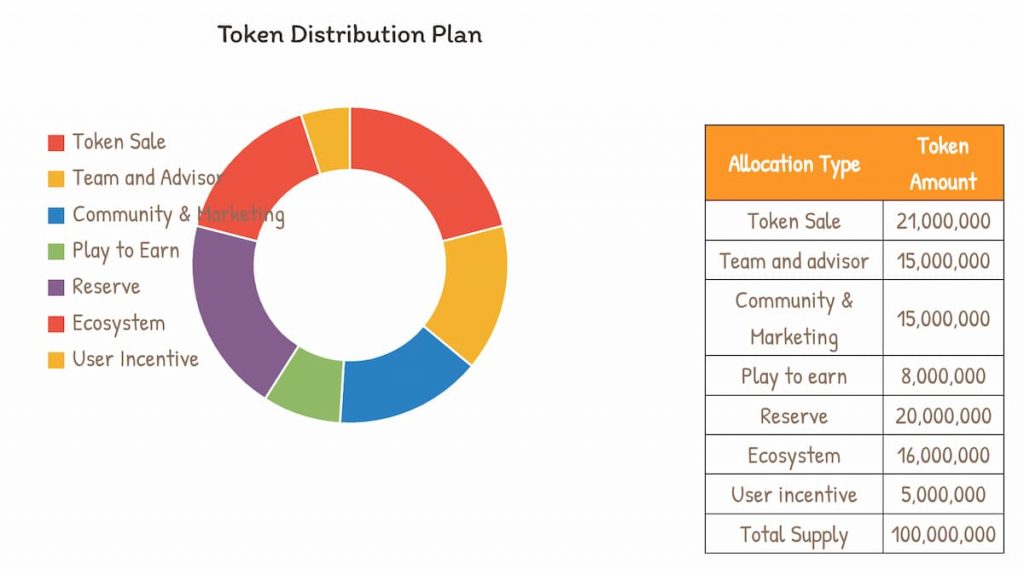 In short, no tokens were initially destined for liquidity pools or sold to the market directly by the company responsible for the game, which is not very common, but can be an interesting differentiator. Therefore, the possibility of purchase by the market was only possible through the sale of private investors, the team/advisers (individually) or receiving in the available mechanisms such as play-to-earn in-game and staking. In addition to these values, what is available in an accessible way to the market are 28% of all supply, through play-to-earn and staking rewards (which the team and initial investors can also participate and already have an advantage over the others, as they are the holders of more than 35% of all tokens, getting bigger rewards at first). In addition, 36% of the rest of the supply is in the hands of the company Antler Interactive – a Swedish interactive mobile game studio. Antler Interactive was formerly known as SVRVIVE Studios, a pioneer in VR.

In the first week of Binance listing, ALICE/USDT saw a weekly appreciation of +13,961.20% – from the opening of the candle to its closing, not counting the shadows. 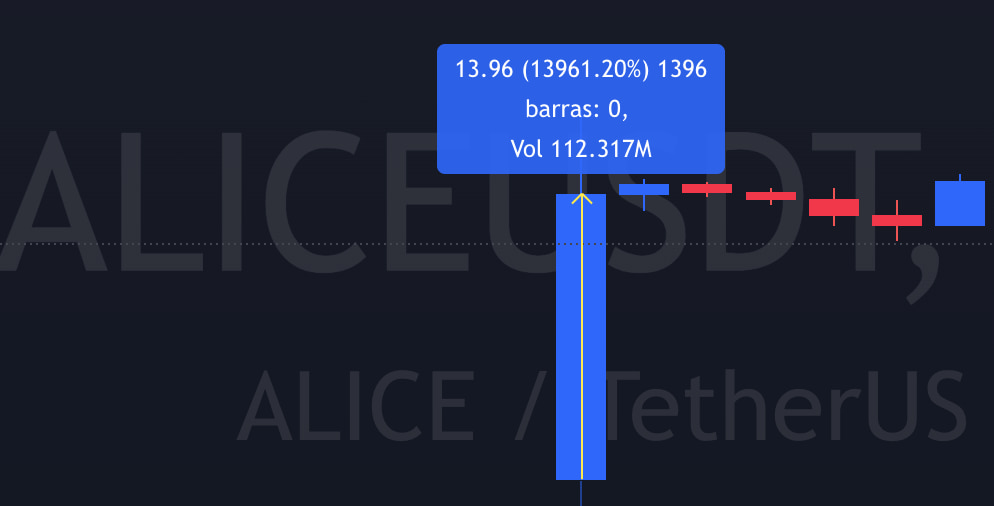 From this close to the current price, even with all the market crash, ALICE lost only -58.11%which is outperforming most altcoins over the same period, even more so for a low-cap token. 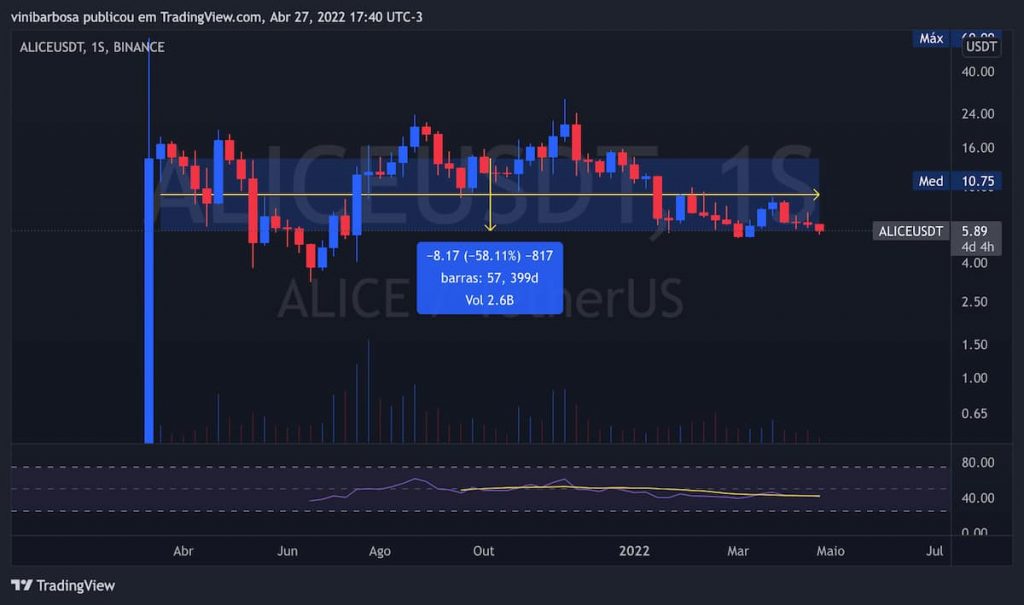 Its historical high is R$227.24, according to the Coingolive, and was hit in the listing week. ALICE is available for purchase at Brazilian real (BRL) on the national exchange Foxbit.

Thu Apr 28 , 2022
Brian Armstrong, CEO of Coinbase, did not suppress his admiration for Elon Musk and the purchase of Twitter with the promise of promoting freedom of expression. Coinbase CEO and his admiration for Elon Musk’s commitment to freedom of expression on Twitter In a summary of tweets, Coinbase CEO Brian Armstrong […] 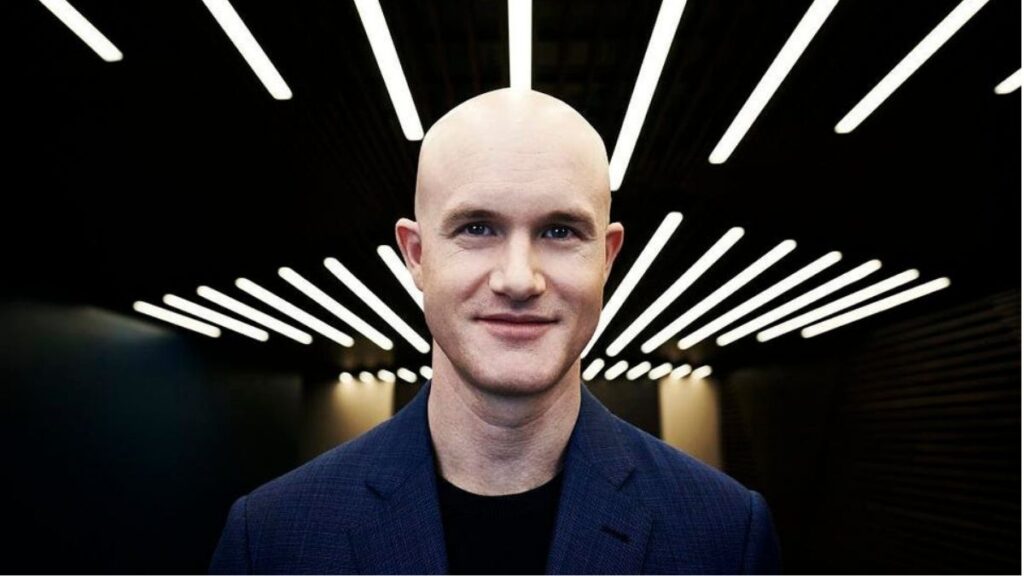