Renan Santos, national coordinator of MBL, released a video on the main channel of the movement attacking Paulo Guedes, the banks and encouraging the use of Bitcoin.
In an explanatory video about the movement that became known in the media as “the sardine revolt”, Renan Santos strongly criticized the global financial system, calling it a “marked card game”.
The political activist drew attention to the excess liquidity (printed money) from central banks and how this is inflating financial assets on the stock exchange and increasing social inequality.
According to a UBS bank report, billionaires' fortunes rose 27.5% between April and July 2020, reaching US $ 10.2 trillion or almost 10 times Brazil's GDP.

"The conclusions of the UBS report showing that the super-rich are getting even richer are a sign that capitalism is not working as it should," said Josef Stadler, head of UBS's global family office department that deals directly with richest people in the world.

Meanwhile, unemployment in Brazil has risen and is already at 14.1 million (14%) with prospects of reaching 17% of the active population in 2022.

Renan also spared no criticism of the current Minister of Economy. Paulo Guedes was accused of agreeing with the banks to the detriment of the rest of the population.
“Everyone went bankrupt, everyone got poorer. But these sons of f ** k supported by Paulo Guedes, who is their putinh * hanging in the Ministry of Economy are filling the donkeys with money ”
Since the beginning of the pandemic, Guedes has been reluctant to give emergency assistance, while the federal government has proposed a reduction in bank taxation, a new CPMF, and has renounced R $ 331.18 billion in revenue.
“This is not the first time that Guedes, a founding banker at Banco BTG Pactual, privileges the financial system cartel. In the midst of the new coronavirus pandemic, the federal government rushed to guarantee R $ 1.2 trillion for the banks, guaranteed the purchase with public money, through the Central Bank, of rotten coins to the sector's investments that caused losses, in addition to having made the first reduction in the tax on the sector that has profited the most in the country 40 years ago. And in an even more blatant and scandalous action, the Minister of Economy handed over to BTG Pactual a Banco do Brasil credit portfolio valued at R $ 2.9 billion.

"If you're young, get into cryptocurrencies"

Finally, the leader of the movement that brought down Dilma Rousseff encouraged the use of cryptocurrencies for her base:
“One thing I will agree with the libertarian, more extremist or ancap… our financial system should not be encouraged. If you're young, get into cryptocurrencies. Go look for bitcoin, go look for ethereum. ”
It is not today that the Free Brazil Movement flirts with bitcoin, they started accepting the cryptocurrency in 2014 and according to data from blockchain.info they have already received 0.07546364 bitcoins in donation.
Check out the full video below:

Duratex (DTEX3) announces payment of dividends and interest on equity

Tue Feb 9 , 2021
Duratex (DTEX3) announced that it will pay interest on equity (JCP) to its shareholders. The producer of wood panels and bathroom fixtures and metal fittings approved the payment of a net amount of R $ 0.2672248399 per share. In addition, the company also announced that it will distribute additional dividends, […] 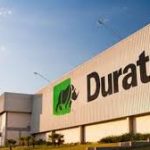