Nothing seems to stop Russian forces from capturing Mariupol, Ukraine’s tenth largest city. But the price tag is high. The mayor confirms street fighting. Desperate civilians flee in large numbers from hell on earth.Published: March 19, 2022, 19:45 Already a couple of weeks ago, Mayor Vadim Boychenko said after intense Russian attacks that Mariupol “no longer exists”.On Saturday, he spoke with the BBC’s broadcast and confirmed the image of disaster. The city is surrounded by Russian forces. Delivery of water, electricity and gas is no longer provided. The telephone may work for a few hours a day. According to the Moscow Ministry of Defense, Russian forces have entered the city center. ” everything they can to maintain their position in the city, but unfortunately the enemy’s forces are much greater. ”The port’s location on the Sea of ​​Azov is strategically important for Russia. Lake Azov is surrounded by Ukraine, Russia and the Crimean peninsula, which the Russians annexed in 2014. The lake is connected to the Black Sea by the Russia-controlled narrow Kerch Strait, which is the only way into the lake. The Russians have built a bridge across the strait. With control of Mariupol, Russia can create a land corridor between the separatist-controlled breakaway regions of Donetsk and Luhansk in eastern Ukraine and Crimea. Before the war, Mariupol had around 450,000 inhabitants (data varies). About 300,000 are now trapped there, while access to food and medicine is rapidly dwindling as the Russians block access roads, according to the BBC. The relentless Russian attacks have forced residents into shelters and basements. Few can be seen outdoors. A hospital, a church and countless apartment buildings have been hit. Local authorities estimate that about 80 percent of residential buildings are either damaged or destroyed, a third of them irreparably. The most notable bomb target is the regional drama theater. On Wednesday, the Russian military bombed the magnificent stone building, which also houses a shelter – where an unknown number of people are still believed to be trapped under the landslides.The rescue service can only “When the fighting calms down, the mayor emphasizes.” When it calms down a bit, the debris can be lifted away and the people come out, “Vadim Bojtjenko told the BBC. The mayor could not update the figures on Saturday and had no information about deaths. Russia attacked the theater despite the fact that in large letters on the ground it said “children” in Russian, to indicate that civilians have taken refuge here. Those who remain in the shelters are the elderly, women and children. The situation in Mariupol is hellish. Dead children and adults were buried in mass graves. Corpses remain on the streets. It is too risky to collect them. At least 2,500 people have been killed since the outbreak of war, according to authorities – which admits it is likely to be an underestimation. to enter cities that are surrounded or about to be surrounded “, says Jakob Kern, emergency coordinator at the UN Food Program (WFP), to AFP and describes the situation as” terrible “. According to him, it is practically impossible now to arrange with food supply to Mariupol and the cities of Kharkiv and Sumy in the northeast.The Russian firestorm of course makes people flee to high-risk companies. Around 40,000 have still managed to leave Mariupol in the last five days, according to the mayor. About 20,000 are waiting to be evacuated. Ukraine announced on Saturday that it has an agreement with Russia on ten humanitarian corridors, including one from Mariupol. However, several such deals have previously proved meaningless. On Saturday, fierce fighting broke out in the city at the giant steel plant Azovstal, according to a spokesman for the Ukrainian Interior Ministry: “I can say that we have lost this economic giant. One of Europe’s largest metallurgical plants is being destroyed. ”TT

Sat Mar 19 , 2022
Elizabeth Warren. Photo: NeoFeedBill by Democrats wants to sanction several cryptocurrency market players who allegedly help Russians to evade sanctions; The White House, the US Treasury and the Department of Justice already say that cryptocurrencies are a bad tool for evading sanctions. To avoid To further close the siege of […] 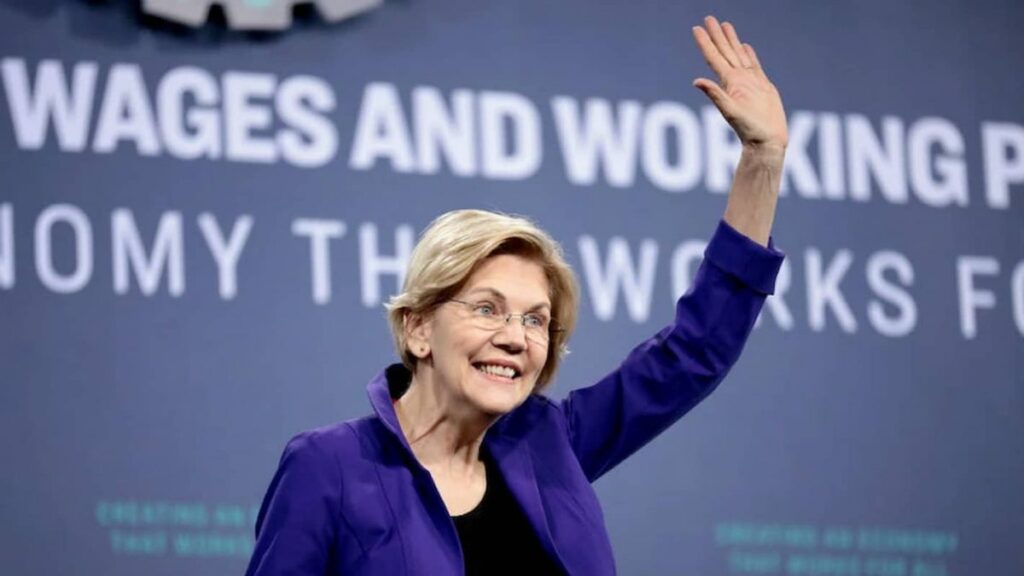