VISBY. Sweden’s rapid rearmament is a key piece of the puzzle in the NATO process, but there are questions about both the schedule and funding. Prime Minister Magdalena Andersson (S) has not let go of the idea that a contingency tax can pay the multi-billion bill. “In that case, it is about those who have the very best position in society would have the opportunity to contribute a little more,” she says.Updated: July 3, 2022, 3:00 p.m.Published: 3 July 2022, 14:03The choice of seat for Prime Minister Magdalena Andersson’s first press conference during the Social Democrats’ day at Almedalen Week was not a coincidence: The new regiment P18 on Gotland is one of many examples of Sweden’s rapid defense rearmament. But how quickly defense spending can reach two percent of GDP is a continuing political issue. ”We have said 2028 or if it is practically possible to do so earlier, but it must also be done in such a way that we get value for money. It’s not just about getting rid of money, ”says Magdalena Andersson and warns that an excessively fast course leads to higher maintenance costs coupled with a slower growth in defense capability.According to the Swedish Armed Forces basis, the government’s two percent decision, which came earlier this year, corresponds to a level increase of more than SEK 35 billion in 2028. It is also the realistic schedule, according to the authority, unless other conditions change. But the right-wing opposition believes that the goal can be reached as early as 2025. ” It is important to expand the defense, but we must always be careful with taxpayers’ money, ”says Magdalena Andersson. The government’s plan to finance the defense expansion with a contingency tax is still alive, according to Magdalena Andersson, who gives her view of the financing alternatives. of an emerging room for reform. There is also the possibility of lowering the ambition regarding the repayment of central government debt. It is always a matter of balancing what one is prepared to do less of to defend our country. “But that an emergency tax would be taken from the richest in society is more important than ever in light of the high inflation, according to Andersson. ” ordinary households to cope with everyday finances is not relevant. In that case, it is about those who have the best position in society would have the opportunity to contribute a little more “, she says. After the NATO summit, Turkish President Recep Tayyip Erdogan said that Sweden according to the agreement will extradite 73 people to Turkey. Magdalena Andersson was pressured about the agreement without shedding any further light on how many people it may in practice be about. “There have been different figures that appear in this debate,” she says.Photo: Jack MikrutAn often repeated The mantra she returned to on Gotland is that Swedish law applies in Sweden and that deportations are handled by the authorities. we have. But it is also clear that we must comply with international law and the European Convention on Extradition. “According to the Prime Minister, a Swedish membership in NATO may be delayed, as thirty member states must ratify the applications.” We estimate that it may take a year, “he said. Magdalena Andersson who does not rule out more obstacles along the way. Linda Öhrn

Sun Jul 3 , 2022
The vehicle belonging to the family of missing child Cho Yoo-na. Photo: YONHAP Cho Yoo-na, 10, and her parents were found dead in a car at the bottom of the waters off Wando Island in South Korea, according to police. Parents reportedly lost money to cryptocurrency Luna, which collapsed by […] 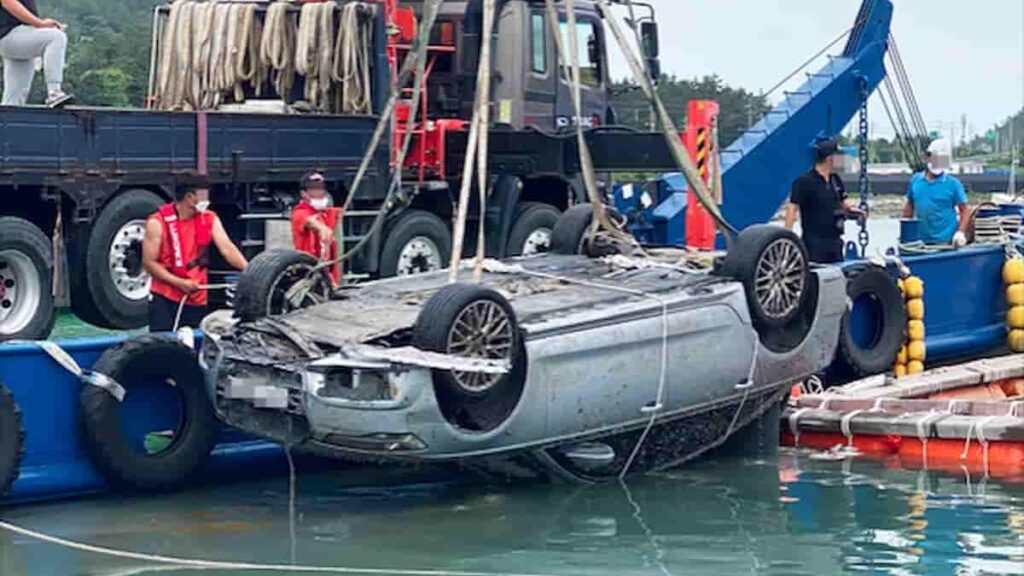