He left the surprising message at the end of his summer speech at Runö course yard in Åkersberga. After talking about welfare, climate and gang crime, he dropped the political bomb. "In next year's election campaign, the Social Democrats will be led by someone other than me," said the Social Democrat leader. Gothenburg, when his successor will be appointed. He will then go to the Riksdag and request to be dismissed as prime minister. "I will lead the country until a new prime minister is appointed and always, always with the country's best in mind," says Löfven. Löfven's thought is that his successor as S-leader will also become prime minister, but that question is decided by the Riksdag in a prime ministerial vote. "I can not guarantee exactly what that process looks like," says Löfven. But he still expects a new S-led government with considering that the Center and the Left Party, despite the government crisis last summer, finally accepted him as prime minister again. "They made their political and principled choices this summer and it looks the same now," says Löfven. to start dealing with a new government crisis. Today, it is not certain that the government's budget for 2022 will go through the Riksdag. Löfven states that there is never a perfect time to resign. "There are always obstacles or something to deal with," he says. This summer stated Löfven that he will resign if the Riksdag votes down his budget in early December. At least now Löfven is leaving before that. He does not want to comment on whether the successor should stick to that "threat". TT's tour of S representatives in the country shows that Löfven's message came as a shock to many in the party. For example, Lars Stjernkvist, municipal councilor in Norrköping and former party secretary, states that he never thought Löfven would end up so close to the congress. until recently replied that he wants to lead his party in the election campaign next year. He assures that those answers have been sincere and that he has been fully prepared to continue for another term. "But this decision has matured for some time," says Löfven. He explains his surprising news that he has been party leader for almost ten years and prime minister for seven. ”It has been a fantastic year. But everything has an end and I want to give my successor the very best conditions ", says Löfven. By resigning ten months before the election, it becomes, according to Löfven, clear to the citizens who will be the Social Democrats' party chairman and prime ministerial candidate" I am also convinced that a new party chairman will give the party and the labor movement new, additional energy. We will need that, "says Löfven." In the 2022 election campaign, the Social Democrats will have a prime ministerial candidate who can lead the party and the country for many years to come. " Löfven is scared because, if he continued over the election, "half the election campaign" would be about speculation about when he will quit. "I have already been asked that question a number of times and it is relevant when you have been party chairman for almost ten years" says Löfven. When asked if there are no other, personal reasons why Löfven now wants to resign, he answers: "I am thinking of the party. How will the party get the best conditions in the next election campaign? "During the government crisis this summer, Löfven criticized the Left Party for provoking a parliamentary crisis in a pandemic by voting against Löfven as in the Riksdag's no-confidence vote. When asked if he himself is now acting responsibly overthrowing a government is something completely different than announcing in good time before a congress that one is resigning. " When asked how it feels like leaving information about his resignation, Löfven answers: “It is not easy, but it is right. The most important thing is what is best for the party and what is best for the country. ”Now the party begins the search for a new party leader. Previously, there has been speculation in the media about Minister of Finance Magdalena Andersson (S) and Minister of the Interior Mikael Damberg (S). The names of Minister of Social Affairs Lena Hallengren (S) have also been mentioned. She has played a prominent role for the government during the pandemic, but is currently undergoing treatment for breast cancer. Hours after Löfven's announcement, none of the nominated possible candidates wanted to speak to the media.

Mon Aug 23 , 2021
Mining Express is an ethereum mining company that was founded in 2018 in Ukraine by Brazilian Kaze Fuziyama. In a video posted on YouTube in late 2020, Fuziyama said he set up the company, which promises daily profits, after allegedly earning $50 million investing in dogecoin and working in multilevel […] 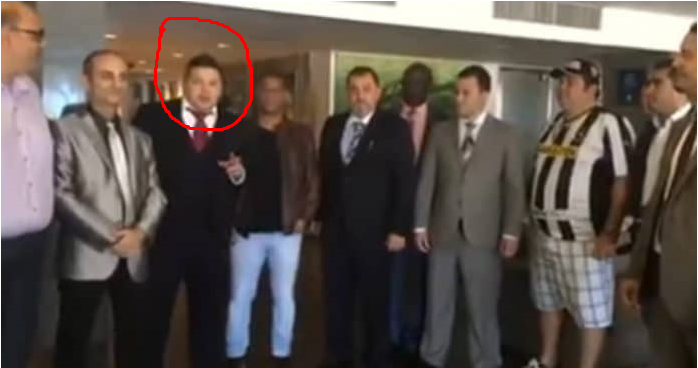