Judge Luís Alberto Azevedo Aurvalle, from the Federal Regional Court of the 4th Region (TRF4), ruled on Saturday (10) the release of the Bitcoin Banco Group employee, Cibele Golo dos Santos. She had been in prison since the 5th, when the Federal Police launched an operation against Cláudio Oliveira, her lover, accused of embezzling around R$1.5 billion from clients. According to G1, in the document, the judge said there was not enough reason to maintain the restrictive measure against Cibele, as his assets have already been seized, as well as the authorities have already obtained access to his cell phone data. "Furthermore, Cibele's own charge to Claudio, in the sense that he 'found money to pay his bills', shows that she did not play an active role in the criminal enterprise, appearing more as a beneficiary of the amounts after the exhaustion of the crimes ”, described an excerpt from the G1 document. In addition to appearing in the GBB case as a collaborator of the fraudulent company, she is also Oliveira's lover, having even received several gifts from the scammer, such as a bracelet worth nearly R$50,000, says the report. Cibele's lawyer, Samuel Falavinha, said that his client is innocent and that the investigated facts will all be clarified before the authorities, noting that the TRF4's decision is in line with statements by the Federal Public Ministry that does not see it necessary to maintain the prison of the investigated while the investigations are elucidated. In testimony to the PF during the week, Cibele said that when the GBB started having problems with the courts, the group could no longer pay customers. Also heard, Rodrigo Martinelli Laport — who was also arrested in the operation — said that Cláudio Oliveira was an “evolution of the swindler”. According to another G1 report, he was also released last Thursday (8), along with Claudio Oliveira's wife, Lucinara Silva. Oliveira is still in prison. On Wednesday (07), the 1st Court of Bankruptcy and Judicial Recovery of Curitiba declared the bankruptcy of the Bitcoin Banco Group. According to the decision, the judicial reorganization was 'transformed' into bankruptcy because Oliveira and the members of the Bitcoin Banco Group lied throughout the process and failed to comply with their obligations.

Cláudio Oliveira, Lucinara Silva and two other members of the scheme were arrested by the PF on Monday (5), in Curitiba. They are accused of committing bankruptcy crimes, embezzlement, money laundering, criminal organization, in addition to crimes against the popular economy and the National Financial System. The fake King of Bitcoin created the Bitcoin Bank Group in 2018. It gained notoriety and attracted thousands of investors by trading around R$500 million a day within its system. The PF estimates that the damage generated by the coup is R$ 1.5 billion. In 2019, the company stopped the withdrawals, claiming that it had been the victim of a virtual attack. The 'hack' was denied in May 2020 by the Civil Police of Paraná. Oliveira and his wife used the embezzled money to buy luxury cars, jewelry and expensive handbags, and mansions. One of the houses, valued at $6 million, even has a heated pool in the living room and a screened bedroom.

Mon Jul 12 , 2021
P2P trader Diego Nunes, owner of GlobalMoney Trading, has been trading cryptocurrencies at LocalBitcoins — a startup that connects bitcoin buyers and sellers — since early 2016. In April of this year, however, his account was closed. The platform, based in Helsinki, Finland, sent only two emails in a row […] 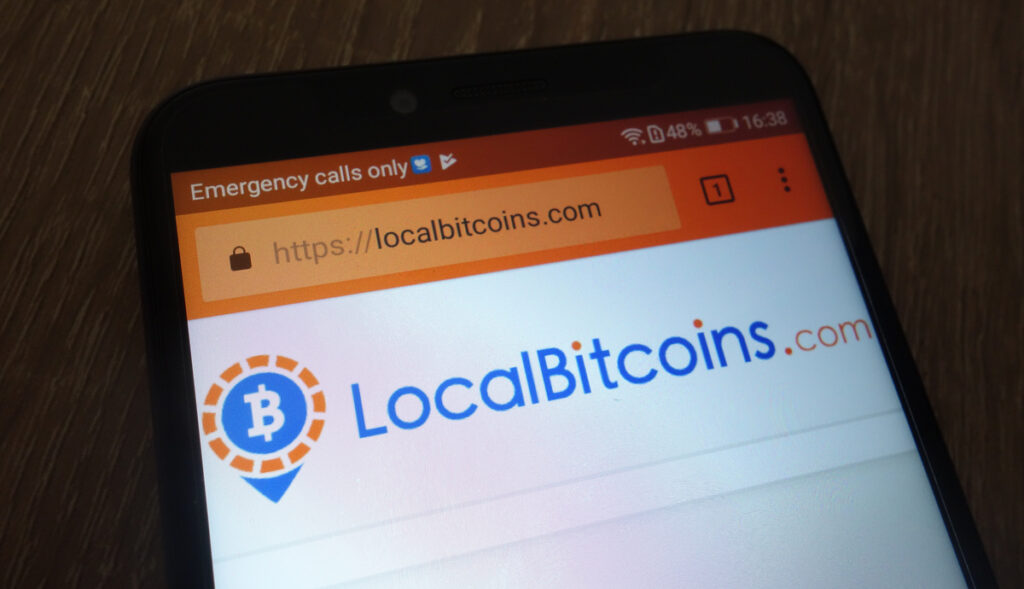