Early this Friday (12/02), Jack Dorsey (Twitter CEO) announced the creation of a fund for the development of Bitcoin in partnership with rapper Jay Z.
“JAY-Z / @ S_C_ and I are giving 500 BTC to a new fund called ₿trust to finance the development of #Bitcoin“, said Dorsey.
₿trust will target teams in Africa and India, further decentralizing the development of cryptocurrency. Apparently, Jay and Jack will manage it together with a three-member board yet to be defined. In fact, anyone can apply for the vacancy on the form “Boardtrust board member application”.
Jack is a big supporter of Bitcoin and has already donated $ 1 million to the think tank Coin Center, in addition to buying $ 50 million in BTC to Square – the company he co-founded.

The 500 bitcoins are equivalent to R $ 129 million in the current price of crypto. This means that Bitcoin's development budget, used mainly for improvements and security, is at least 25 times higher than the 2020 budget of the Central Bank of Brazil for its entire area of ​​information security – according to information provided via the Access Law to BC Information.
By the way, Bacen created its own payment system in response to crypto – the PIX. But it seems that everything was done in a hurry, we found that there was no specific provisioning for the area of ​​information security, not even people dedicated to taking care of the PIX and our supreme banking authority would not even be responsible for possible hacks.
See also: Pix will not have dedicated security and BC will not be responsible for hacks
Any backyard bitcoin broker maintains a dedicated security team, makes provisioning according to the area and is obliged to take responsibility for the losses of customers. Apparently, when the figure is governmental these basic rules are not valid.
To summarize, we have a rapper and a social media CEO investing more in a payment and monetary reserve system than a country's top banking authority. This suggests that capital and the best brains are migrating from a bankrupt, closed and bureaucratic system to an open, more secure and free world.

In Miami, official taxes will be paid in bitcoin, which Brazilian politician will do the same?

Sat Feb 13 , 2021
The city of Miami has taken another step towards becoming the most pro Bitcoin city in the world. The city commission today approved Mayor Francis Soares' resolution that allows civil servants and taxes to be paid in cryptocurrency. In addition, the city will also be able to allocate part of […] 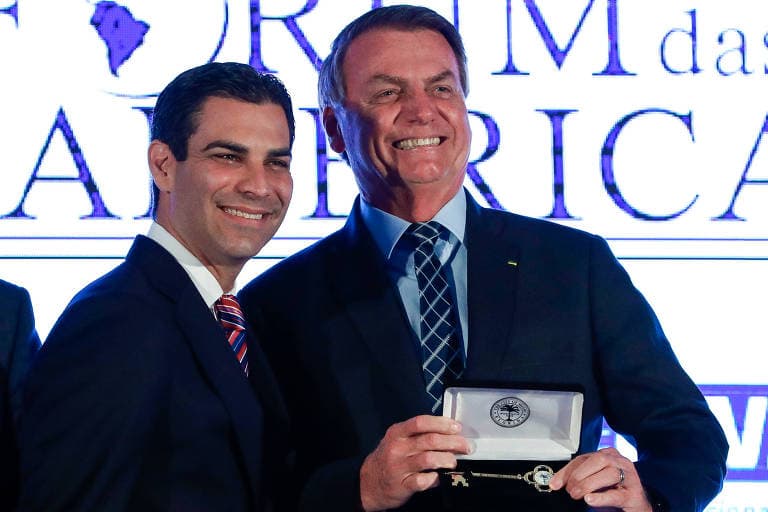