Content It's more of a demand shock than a supply shock, says Bridgewater first appeared in Cointimes .

There has been a lot of comment in the media that the causes of global inflation come from supply problems (scarcity of products, labor, and due to delays in deliveries), and not demand.

This narrative has practically become a consensus.

Bridgewater has another perspective on the topic.

For them, current inflation stems from an excess of demand that, in turn, derives from the massive injection of money into economies, for what was known as “Monetary Policy 3” (MP3).

MP3 (“Monetary Policy 3”) has created an explosion of demand that is not being matched by supply.

In other words, MP3 creates demand without creating supply.

MP3, seen in response to the pandemic, more than made up for lost revenue due to widespread stoppages, without compensating for the supply that these recipes had been producing.

This is very different from PM2 (post-financial crisis), where QE (Quantitative Easing, or “Monetary Easing”), in general, was not accompanied by a significant fiscal stimulus, but offset a credit contraction and, as a result, it was not inflationary.

According to the company's analysis, families received more than they lost from the pandemic, causing an excess of accumulated capital to be spent and dumped into the economy.

The graph below shows how demand increased more than production, at levels similar to the hyperinflation of the 1980s. And there was no reinvestment in capex to accompany this increase in demand.

As a result of this fierce demand, stocks (from raw materials to homes) have progressively decreased, fueling the fire of inflation.

In addition to having low inventories, it is now much more difficult for companies to get supplies delivered when they need it. In a range of different measures, shipping costs and shipping lead times are much higher.

Prices for various raw materials, such as metals, have risen sharply since last year as demand has far outstripped supply.

Likewise, there is not enough energy to fuel economic activity, given current levels of demand. Prices for natural gas, coal and oil are skyrocketing around the world.

Low real interest rates and improving wages are supporting a sustained housing boom, and supply has simply not been able to keep up: In the US, housing stocks have fallen to levels far below anything seen in recent history.

As a result, house and rent prices are rising.

Combined with this, the labor market has recovered and signs of inflationary pressure on wages are already being seen.

With their finances up to date, and making money from rising real estate, stock, and cryptocurrency prices, people have been increasingly selective in the work they choose.

Half of all companies in the United States are unable to fill their positions (far more than any scenario seen since 1975). There are more job openings than unemployed people with a decent degree.

All these pressures combined are causing wages to rise at the fastest rate since the early 1980s, as demand is far exceeding labor supply.

If this phenomenon persists, inflation may reach wages, and then the scenario gets ugly.

This scenario is already uncertain and dangerous, as the Fed has already started a timid and gradual reduction in stimuli (which could alleviate inflation), but it is not even considering raising interest rates to slow down the economy.

Some indicators point to a natural economic slowdown, but there is still no consensus.

The earnings season continues to break records, as companies have had strong demand and managed to pass on inflation.

The results have, however, been worse than last quarter, which could indicate a slowdown.

If this demand persists, as Bridgewater claims, inflation is indeed likely to persist, and with disastrous impacts.

Even more so if globalization continues to recede, with conflicts between China and the US, for example.

Added to all this, it was recently approved, in the US, to have a trillion-dollar infrastructure plan, and there comes more money in an already overheated economy.

Not even the economic slowdown, if at all, could save from inflation.

This is because there have already been cases of stagflation, as in the 1980s, where even with a weak economy, inflation reached double digits.

The real solution would come from an increase in people's productivity, which tends to reduce the cost of products and services. In any case, it is important to know how to protect yourself from inflation in investments.

Content It's more of a demand shock than a supply shock, says Bridgewater first appeared in Cointimes .

The case of the professor in the USA who can earn up to US$ 1.3 million from the sale of NFT courses

Want to get involved with non-fungible tokens (or NFTs) but don't know where to start? Greg Isenberg, serial entrepreneur and crypto enthusiast, may have what you're looking for and isn't afraid to use a little “FOMO” (acronym for “fear of missing an opportunity”) to […]

The post The case of a professor in the US who can earn up to US$1.3 million from selling NFT courses first appeared in the Bitcoin Portal . 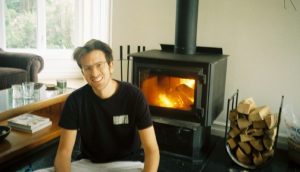