Horse law Is there something wrong with the horse as soon as you find changes on the X-ray?
The answer is no! It may be so, but it does not have to be. In general, it can be said that there must be a clinical relevance for a medical diagnosis to be considered an error in the legal sense. In disputes concerning faults in horses, this is often where the discussions end up. It has been shown that the horse has certain X-ray changes and the question is whether the horse has problems due to these X-ray findings, ie. whether they lead to a disability or not. In an interesting decision in the Court of Appeal about the horse Galliano, this very issue was discussed. The horse had been inspected at the time of purchase and showed no significant remarks. From and until after the purchase, the buyer experienced that the horse showed lameness and that the horse tried to throw her off. Three months after the purchase, an examination was made by a veterinarian where it was discovered that the horse had spondylosis in the thoracic spine. Spondylosis is a collective term for degenerative changes in the back. By degeneration is meant decomposition and this decomposition can take place either in the discs between the vertebrae, in the vertebrae themselves, in the ligaments between the vertebrae and in the facet joints. The degeneration leads to strain, which causes calcifications to form between the vertebrae, which in turn causes reduced mobility. People sometimes talk about the concept of “fused vertebrae”. The buyer claimed that the spondylosis caused severe pain in the horse and that the horse as a result was unfit as a riding horse as the horse constantly tried to throw off the rider due to the pain. The mediator, who was the one who had sued in this dispute, for his part argued that spondylosis is not a fault, that spondylosis is not a painful condition and does not affect the horse’s area of ​​use. She further stated that IF it were to be shown that the horse had spondylosis, then it would have had this for a long time and that it had been shown that the horse had not been affected by spondylosis before as it had been ridden in difficult classes in as well as jumping. dressage.
The district court
The district court made the assessment that the horse had probably had spondylosis at the time of purchase. Then they looked at the question of whether spondylosis led to a disability in the horse. It was first established that the horse had functioned well before the purchase, that the horse during the test riding was considered to be in good condition and that the horse had been inspected without remark. Furthermore, it was found that the consulted veterinarians differed in their opinions on whether spondylosis causes pain and disability or not. The district court also took into account factors such as the change of environment and ownership can cause lameness and personality changes because the riding style, saddle and surface change for the horse. The district court weighed together all these factors and made the assessment that the buyer had not shown that the horse was defective at the time of purchase, which later reduced its function.
The Court of Appeal
The Court of Appeal made a different assessment than the district court. The Court of Appeal placed great faith in the veterinarian who had examined the horse several times, seen the horse in motion and also ridden the horse. This veterinarian had expressed that the horse was very stiff and immobile in the back and showed disturbance under heavy load on the back. The veterinarian had also explained that the consequential injuries that had been invoked were normal consequential injuries if the back was immobile. The Court of Appeal therefore made the assessment that it was sufficiently clear that the horse had a defect that constituted a disability and the Court of Appeal considered that the defect was significant because the buyer could not use the horse for what she intended. The buyer was therefore given the right to cancel the purchase and was entitled to damages.
Afterwards
First, it is interesting to see how different courts can look at the same case. This means that you always have an uncertainty about the outcome when you go to court, even if you basically think you have a good goal. The other thing that is interesting is that the mediator took the horse back after the verdict, but she did not let the horse be killed but trained the horse so that it started working again. From this we learn that horses with X-ray abnormalities can sometimes work well despite their abnormalities if it receives the right training and education. For those who are interested in reading more about the Galliano case, the case is called Svea HovR T 3977-08 and if you search on Youtube there are e.g. a video in the case. Do you want to get more information that has to do with horse law? Send e-mail to [email protected] and write that you want our newsletter! By jur. kand. Åsa Justad Photo Åsa Justad

Fri Apr 8 , 2022
Jack Mallers, CEO of Strike, a bitcoin-based payment app, announced at the Bitcoin Conference 2022 in Miami that it will be possible to pay with Lightning Network (Bitcoin) in dozens of large stores and retailers in the United States. Lightning Network is a protocol conceived on Bitcoin that allows payments […] 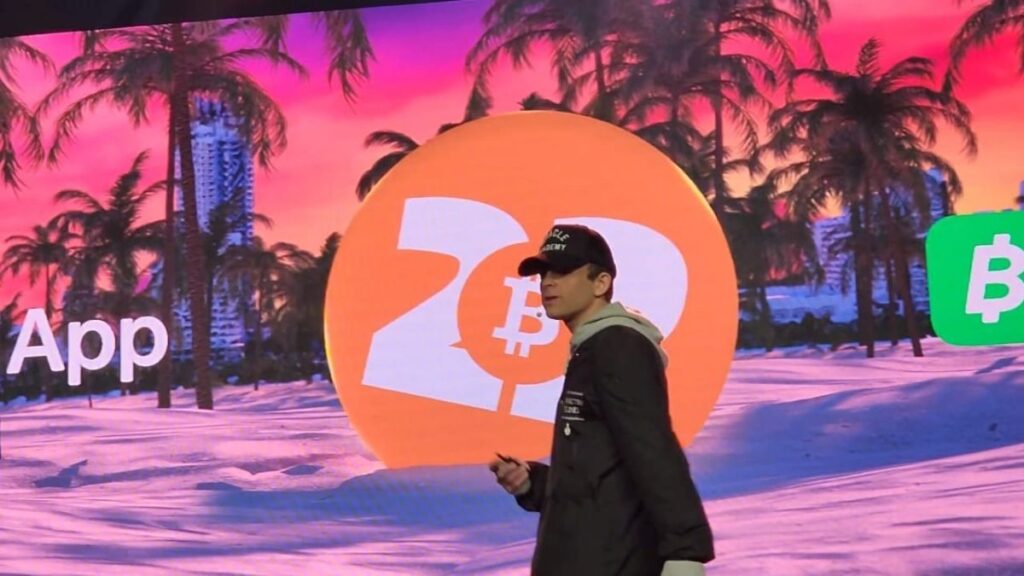