CryptoTwitter (CT) is already an amazing place, but during the crypto winter it manages to get even better. Today, the CT’s attention is focused on the dispute for public opinion between Roger Ver and CoinFLEX. Who is telling the truth?

The FatMan anonymous account (@FatManTerra) gained relevance during the scandal and breakdown of Earth (LUNA), when feeding the CryptoTwitter (CT) with information about the case. With the emergence of new cases of fraud, bank runs and defaults, the anonymous continued to bring relevant data to his followers. Last night (June 27th), FatMan posted a tweet where it stated that a trusted “high net income” client of the liquidity platform, CoinFLEX, was in default on a loan that had been taken without collateral. 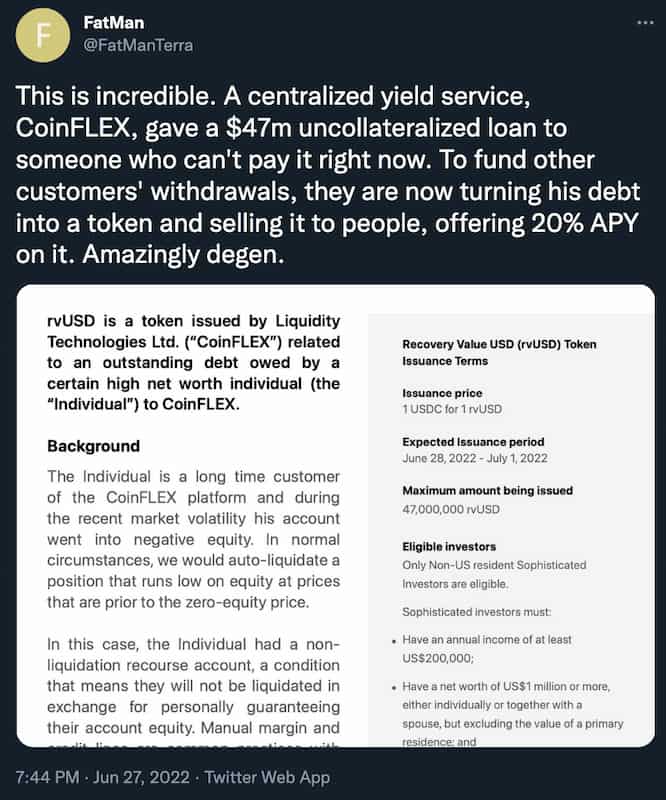 CoinFLEX then decided to issue an emergency token called rvUSD, which would be sold on the spot market – promising a 20% APY return – with the aim of raising funds to maintain the platform’s liquidity in the face of the $47 million default on this important one. client. At this time, the market began to speculate on the token’s prefix: “rv”; with the possibility that it is the initials of the client who, they speculated, belong to Roger Ver, one of the first investors in Bitcoin (BTC) and currently a great enthusiast in the Bitcoin Cash (BCH). Suspicions arose because the CEO of CoinFLEX is also a well-known enthusiast and member of the BCH community, which could explain the vote of confidence loan, without the need for collateralization with financial assets. On Tuesday morning (28), the same anonymous account said having received inside information from a confidential source with confirmation that the borrower was indeed Roger Ver.

About three hours after the supposed confirmation, Roger Ver himself posted a tweet in your personal account, saying the following:

“Recently there have been some rumors
spreading that I’m in default on a
debt to a counterparty. these rumors
are fake. Not only do I have no debt
to this counterparty, but this counterparty
owes me a substantial sum of
money, and I’m currently looking for
return my funds.” 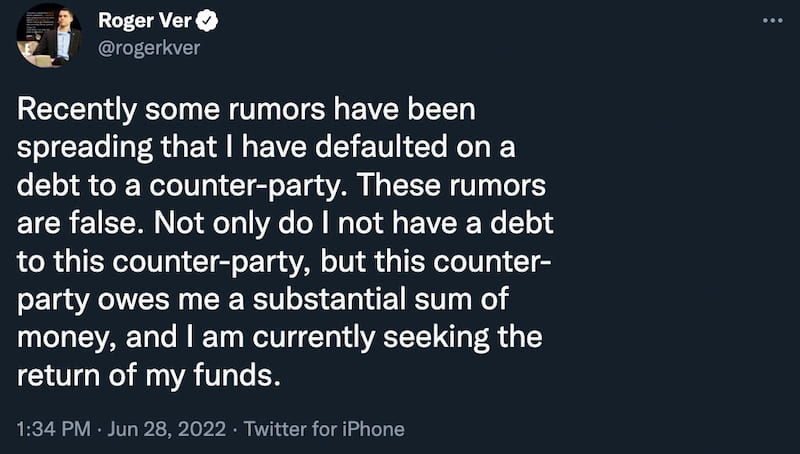 Some users have noticed the strange formatting of the message, with line breaks, which appear to have originated from a “copy-paste”, supposedly from a message written by a lawyer and hastily published by the accused.

Mark Lamb, CEO of CoinFLEX, then decided to publicly manifest, on his personal Twitter account, to affirm that the debtor is yes Roger Ver, despite his denial. Making it clear that there is a written contract signed by both parties that defends their allegation.

Roger Ver owes CoinFLEX $47 Million USDC. We have a written contract with him obligating him to personally guarantee any negative equity on his CoinFLEX account and top up margin regularly. He has been in default of this agreement and we have served a notice of default.— Mark Lamb 💪 (@MarkDavidLamb) June 28, 2022

With this, a legal case is currently being judged publicly on the social network and many are already choosing their sides. It is interesting to note that Mark Lamb explicitly mentioned Ver’s name in his tweets, while the investor did not mention names, but only used “counterpart”, which would give room for a possible “plausible deniability”. There’s also the possibility that it’s all just a big misunderstanding and he really was talking about another company.

Wed Jun 29 , 2022
In this period of uncertainty in the crypto markets, there are many very different Bitcoin price predictions circulating.. Uncertainties about the future of the price of Bitcoin There are usually very few very bulls among them in the short term, while there are still a few in the long term. […] 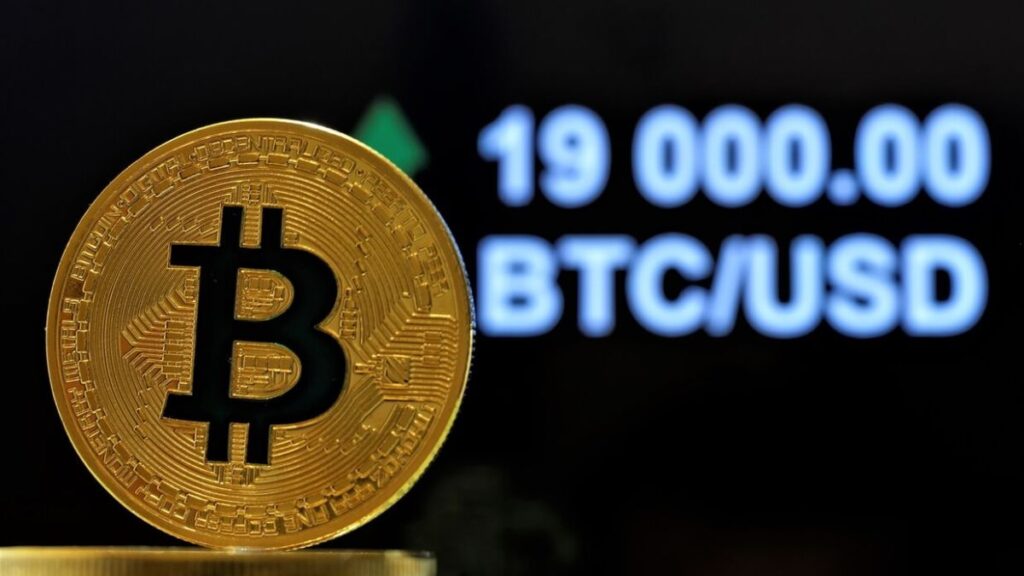