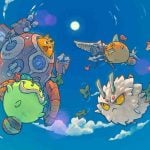 The economics of Axie Infinity remains a hot topic, and the community is now discussing possible reasons for a…

The economics of Axie Infinity remains a hot topic, and the community is now discussing possible reasons for an alleged downturn in network activity.

The shared graph shows the dollar revenue of the Ronin ecosystem (a parallel network to Ethereum for Axie Infinity), both in breeding fees (burning SLP and AXS for creating new axies) and in marketplace fees (about 4% of axis negotiations).

This metric saw its peak on August 6, 2021, with $16 million in 'breeding fees' and $1.5 million in 'marketplace fees'. Since then, its exponential growth has turned into a slope.

However, the graph may not be showing a game “dying”, even though it may seem, as it reveals a relevant movement of US$ 250 thousand dollars daily.

See also: Bruno Perini explains economy of the game Axie Infinity: “it is not a pyramid”

Commenting on the tweet, gaming company founder Kyle Russell suggested that the price of the token dropping led to the return on investment falling short of other opportunities for players, which lowered the demand for axies and caused the token to fall further. most.

“ The old death spiral ,” commented Alex, the journalist who published the aforementioned graphic.

Looking at other metrics, though, the story looks less catastrophic. The volume of Smooth Love Potions (SLP) burned daily on the Ethereum and Ronin network continues to rise, despite the fall in dollar volume due to the drop in price.

It is the first time that the two metrics have shown significant detachment, possibly indicating that activity at Axie Infinity continues to rise even after the price has dropped.

The picture is less worrisome when we look at AXS, Axie Infinity's governance token. The dollar value of the amount locked in staking remains above $1 billion, even after play-to-earn game revenue declines.

Currently, the Axie Infinity community is concerned about the lack of use cases for SLP, whose only function is to burn to create new Axies.

To alleviate the problem, the development team introduced burning Axies in the last update, bringing new NFTs to the ecosystem.

What is your opinion on the sustainability of the Axie Infinity economy? Is there a return to the “death spiral”? Leave your comment below. 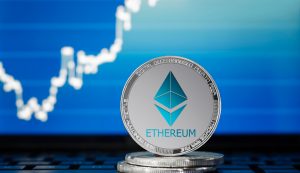 The cryptocurrency market woke up in a good mood this Tuesday (1/2) and a protagonist who has not stood out in a long time appeared: Ethereum (ETH) operates up 8.2% and sells at $ 2,742, according to data. from CoinGecko. The second-largest cryptocurrency on the market is showing a vigorous climb this week. The valuation is 12% […]