Blockchain-based fintechs captured a record amount of investment in the last quarter, South America stood out. Top Points: Data from CB Insights shows $4.38 billion in cryptocurrency and blockchain startups. including Brazilian ones, they are among the ones that raised the most. Fintech market raises US$ 30.8 billion, highlighting South AmericaEven with the price of bitcoin falling more than 50%, investors are excited about the prospects of the cryptocurrency market. According to analyst firm CB Insights, companies in the cryptocurrency industry raised almost 9 times more when compared to the same period last year.Blockchain investment tops $4 billion for the first timeCircle, creator of blockchain payments solutions, received $440 million and leads the fundraising round by receiving investments from Fidelity, DCG and Valor Capital. Ledger, a company that produces hardware cryptocurrency portfolios, managed to raise US$380 million. Showing the importance of secure storage solutions for cryptoactives. Paxos, Block.one received US$300 million and Mexican brokerage Bitso closes the top 5 with US$250 million. In Brazil, we saw an investment of over US$200 million in the Mercado Bitcoin brokerage, which is now the 5th largest in the country in bitcoin trading volume according to CointraderMonitor, behind Binance, Bitpreço, BitcoinToYou and Novadax. “At the current rate, funding from blockchain-related companies will break the previous year-end record — more than tripling the total raised in 2018,” Chris Bendtsen, senior analyst at CB Insights, told CNBC.

According to the survey, in Q2 2022 we had 657 investment deals between Venture Capitals and Fintechs, totaling an incredible $30.8 billion, a 29% growth year on year. What drew the most attention was the huge number of investment “mega-rounds”, 88 rounds that raised more than US$100 million. As a result, the average size of deals grew 28% from the first quarter to the second of 2022. South America has seen dramatic growth. Quarterly, the region had the fastest growth in invested values ​​among all regions of the planet, with an increase of 153%. Nubank was one of the main responsible for this increase, with the receipt of $500 million from a Warren Buffett fund. Read too:

Paid to play: unemployed earn up to R$5,000 with cryptocurrency game

Sun Jul 25 , 2021
Julia Silva de Negreiros, 18, left her parents' house at the beginning of the year to live with her boyfriend in a rented house in Nova Friburgo (RJ). In April, they had their first child. The couple, however, was unable to pay the bills, as the child's father's salary of […] 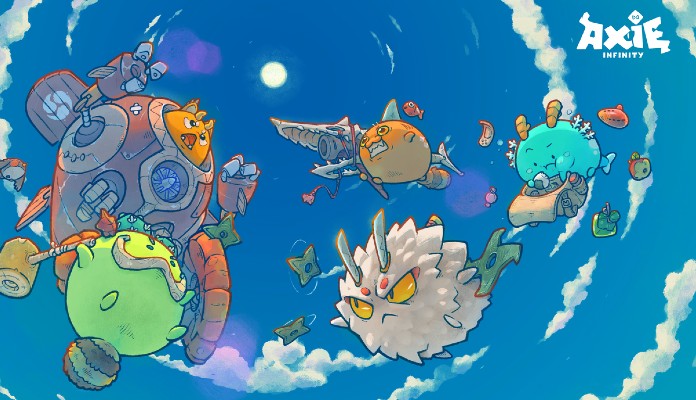