Instagram appears to be working on implementing NFT features in their app, according to app developer and leaker Alessandro Paluzzi. The rumors are old. At Creator Week on June 8, an event proposed by the company, the platform's creators discussed how to promote the artist within the social network. However, according to a report by Forbes, there were also deeper conversations, as artist Sean Williams explains on Twitter.

STORY TIME: INSTAGRAM IS BUILDING AN NFT PLATFORM RIGHT NOW AND THEY’RE REACHING OUT TO UPCOMING ARTISTS IN THE NFT SPACE TO HELP THEM BUILD IT. THE CATCH? They’re reaching out to artists IN OUR COMMUNITY to give them insight into what the NFT community needs, and disguising— Sean Williams 🌍 (@iArtSometimes) May 18, 2022

A native of Evanston, Illinois, Williams is a full-time artist who also runs WEIRDWILDWORLD, a streetwear and arts brand.“Haünted by a Taste of Freedom” by Sean Williams, which sold for 10 ETH on SuperRare. SEAN WILLIAMSOn May 4, Williams received an email from an Instagram staff member introducing himself and asking Williams if he would be interested in attending a “private event for NFT creators” later in the month. An email that was sent to Sean Williams by an Instagram staff member inviting him to a private event SEAN WILLIAMAs the artist argues, what really could have happened is that Instagram created the discussion board as a way to get cheap high-level advice from NFT experts.

According to leaker and app developer Alessandro Paluzzi, Instagram is planning to adopt its version of non-fungible tokens (NFT) soon. Alessandro has a knack for finding mobile updates in advance. According to Paluzzi, both Instagram and Twitter are planning big changes to their current platforms. According to Paluzzi's research, Instagram posts that offer NFTs will be labeled as “collectibles”. He shows the “integration screen” in his tweet: Although Instagram has not yet publicly announced the introduction of an NFT feature on its platform, the social media company has apparently mentioned the possibility of introducing payment features. Instagram CEO Adam Mosseri discussed technologies that could allow creators to earn good money using the service. Similarly, Instagram may just be looking to offer a paid service to exclusive fans of Instagram creators. Similar to Patreon and Only Fans. However, the ability to implement payment methods and monetization tools on Instagram would easily allow the sale of NFTs on the platform.Read More: Buy and sell Bitcoin and other cryptocurrencies on Coinext
The complete brokerage to invest safely and conveniently in the most traded cryptocurrencies in the world.
Sign up and see how simple it is, go to: https://coinext.com.br

Pressured by regulators, Binance CEO says compliance is a journey

Wed Jul 7 , 2021
Pressured by regulators from nearly a dozen countries, Binance CEO Changpeng “CZ” Zhao said in an open letter published late Tuesday (6) that the company needs more precise guidance to develop within the rules. "Four years after (the exchange's creation), we're seeing broader adoption of cryptocurrencies across the world and […] 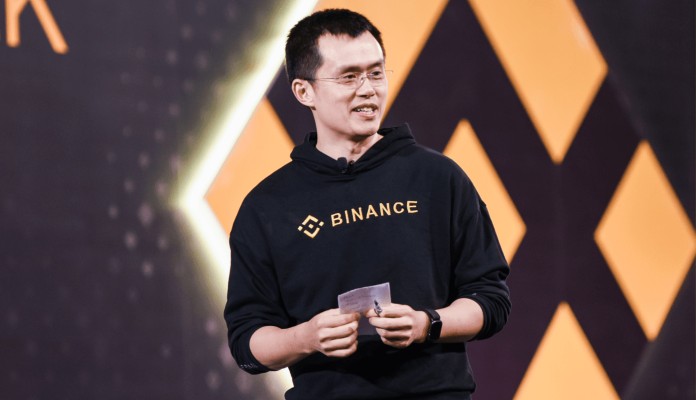