The Flow Podcast, the biggest and most famous podcast in Brazil, discussed the most viral game in the cryptocurrency market, Axie Infinity. The youtuber Rato Borrachudo (Douglas Mesquita) brought up the subject when he declared that he was playing a game “that cost R$8 thousand”. Douglas set up a team with “a plant and two fish” Monark's sister also plays and earns R$2,000 a month, according to the host of Flow. Rato Borrachudo stated that her team is weak and you can earn more with a better team and a higher level.

How does the game work?

Douglas Mesquita, the Borrachudo Mouse, explained that playing Axie Infinity is like “mining” SLP, the game's token. “You can play in a Binance of Life and exchange SLP for ethereum, and ethereum for money or even SLP for money. Good or bad, it makes money.” The puppets, in turn, are NFTs that can also be traded. After building a team of axies you can play either PvE (offline) or PvP (online), both modes generate tokens for players.

When clarifying that there is no way to lose tokens playing, Monark asked: "And where does so much money come from?" At that moment, the three youtubers talk to each other and don't reach a conclusion. The truth is that there is no proof-of-work mining behind the game software, but there is, during the game, the creation of SLP, which is an inflationary and not scarce token. Even if there was proof-of mining -work, the energy expenditure would not justify the monetary values ​​by itself. The revenue is only explained in one way, the buying force in cryptocurrency brokers. The demand, which allows players to sell tokens, is due to the utility of the SLP, which is currently only needed for "breeding", the creation of new axies. In the future, developers plan to use it also for trading other NFTs such as skins and lands. The AXS, another token native to the game, but not “mined” while playing, serves for governance and is also required for breeding.

“The game is boring, but it makes money. And that's what money is right there, about 5 or 6 thousand reais a month if you win the PVP, all cute and good at the game.”, said Douglas.

“Phone and internet are great networks. But pyramid schemes and multilevel marketing (MLM) are also great networks. For a while, you see users grow exponentially on both types. What's the difference? At first, people value activities within the network on their own. In the latter, the network's activities have no intrinsic value and you participate only to earn money.”

It turns out that the “intrinsic value” does not exist, the value of any good is relative. Many people spend fortunes on League of Legends (LoL) skins, others spend thousands of dollars on Free Fire and CS:GO, and some spend making stronger characters in NFTs, like Axie. For me, a skin from Zed and Ezreal from LoL is worth R$0.00, I would never spend a penny on them, but some people play for fun and others just want to get famous or earn money streaming. Does that mean LoL is a pyramid? No, Riot's game has no intrinsic value, it's repetitive and boring, but people keep playing and the company needs to release new characters, championships, game modes so they keep spending money on the game and more players are active. What is the value generated by LoL players? It depends, for me it's nothing, but for a streamer it can be millions of reais, it's entertainment. Unlike a pyramid scheme, gambling is a product in itself and the reward for it is an incentive to play, different people will play for different reasons. This does not mean that the price of AXS and SLP will go up forever or will remain where they are, it will all depend on the use of tokens by players, the inflation of each one of them and the adoption of new players, just like in any game. And you can see a little of what we are talking about in the post “Top 10 most expensive video game items in history”. Keeping this in mind, know that there is a very high risk in the cryptocurrency market, nothing guarantees that the amount invested in a team of axies will return at some point. However, there is a way to play without any risk, which is the schools, also discussed in Flow. Coingoback Play is one of them, and it pays a percentage of the values ​​in SLP converted into bitcoin. Find out how it works by reading the article “How to play Axie Infinity and earn money without investing.” Check out the video on the Cortes do Flow channel: Buy and sell Bitcoin and other cryptocurrencies at Coinext
The complete brokerage to invest safely and conveniently in the most traded cryptocurrencies in the world.
Sign up and see how simple it is, go to: https://coinext.com.br

Tue Aug 10 , 2021
The Federal Highway Police (PRF) arrested one of the partners of Arbcrypto last Sunday (08) in Atibaia, in the interior of São Paulo, after he suffered an attempted murder. Enéas Tomaz, a fugitive from justice since 2020 on suspicion of bitcoin scams, was followed by two plainclothes military personnel who […] 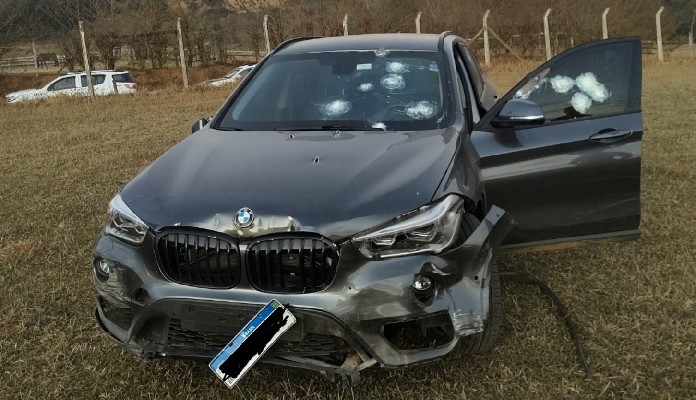