The launch of the first US Bitcoin ETF, the ProShares Bitcoin Strategy ETF (ticker: BITO) helped drive the…

This was a milestone for the asset management industry, further integrating Bitcoin into traditional finance.

A big question raised this week was whether it's worth buying a bitcoin ETF, especially one that is tied to futures (not spot).

That's the issue that some members of the investment community may have been struggling with since the fund's launch on Tuesday. With the expectation that there are more such products on the horizon, let's try to better understand the advantages and disadvantages of investing in a bitcoin ETF.

A first advantage, especially for those who do not have enough time or knowledge to minimally actively manage their investments. Actively managed BITO provides exposure to bitcoin without having to worry about “storage”, using so-called private keys and/or digital wallets to do so.

On the other hand, the best and most economical way to own bitcoin or other cryptocurrency is directly, and yet, traditional brokerages offer relatively low fees compared to administration and custody fees charged by ETFs.

The ProShares ETF proved to be the 2nd most traded fund launch on record, with more than 24 million shares changing hands on the 1st day, and reached $1.2 billion in assets after just 2 trading days.

The head of the SEC (the US CVM), Gary Gensler, has suggested that a futures-linked bitcoin ETF offers better investor protections than an ETF that is backed by spot cryptocurrencies.

A key criticism of a bitcoin futures ETF is that managing futures contracts can be expensive compared to direct ownership.

Futures are contracts that give the buyer exposure to the price movements of an asset, usually with monthly expiration dates.

A futures ETF involves the cost of “rolling over” contracts that expire soon into future months, which would likely be passed on to the end user.

Also, when the prices of a futures contract are higher for futures months contracts, the market is said to be in contango. That is, you will pay more to exit the expiring contract and enter the new one.

For those who don't feel confident going to a brokerage or owning their own private keys, the bitcoin ETF can be a good place to start. But, it should be kept in mind that it also has its costs and risks.

Despite the hype about the debut of the first Bitcoin-linked ETF, many proven crypto enthusiasts aren't planning to buy it anytime soon.

This move was a big step for the traditional market. But bitcoin's central goal is still to bypass Wall Street and democratize the financial sector.

Some Bitcoin advocates claim that the ETF, in some terms, defeats Bitcoin's fundamental purpose: autonomy and ownership.

Cathie Wood of Ark Investment Management said she did not buy the BITO fund on its first trading day because she wants to better understand the tax ramifications of ETF futures exposures first.

Despite all this, it is worth reinforcing several positive points in favor of ETFs, such as: you do not need to worry about their custody, the ease of portfolio planning, the simple way to manage investments, the security involved (since the custody is usually done by specialized companies), among other points.

In summary, it is not possible to say in a binary way whether the bitcoin ETF is or is not a good investment alternative. It all depends on your investor profile, your intentions and objectives when investing in bitcoin, and your strategy.

The cryptocurrency Assemble Protocol (ASM) gained 430% in about 48 hours after being listed on Coinbase's two platforms — the one aimed at traders, Coinbase Pro, on Wednesday (20); and in the main one, on the fifth (21). Since then, altcoin, which stayed for over a month at around US$ […] 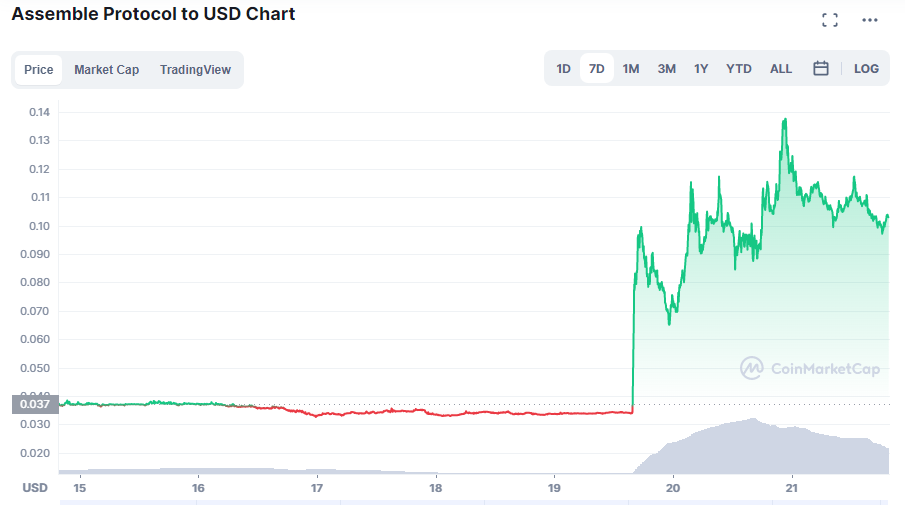