Zlatan Ibrahimovic, the well-known AC Milan striker, recently published a book titled: “Adrenaline. My untold stories”, now he has decided to turn it into art. 11 works of art, each created by a different artist. What is exceptional is that these works are digital one-offs, and it is a true Ibrahimovic NFT collection.

The official presentation of IBRANFTCOLLECTION took place on Sunday February 27 at the Milan Triennale.

The collection, as already mentioned, was created in the wake of the recent book written by the Swedish champion. The artists were inspired both by the book’s cover and by some of Ibra’s “commandments” contained in the book.

On the day of the presentation, the 11 artists involved in this exciting project took to the Triennale stage to preview their work.

Judging by the interest that the player’s biggest fans have already shown, success seems assured.

The works will finally be available for purchase on March 22 and April 19 at Makersplacethe well-known online digital art auction platform for NFTs.

It was decided to split the sale into two tranches, but that’s not all, the exhibition will also be available from February 27 at the Wrong Theory Art District in the metaverse. OVR.ai.

The artists who created the works for the IBRANFTCOLLECTION are the painters Giovanni Frangi and Federico Guida; Giuseppe Veneziano and Giovanni Motta.

The news is from a few days ago: after a few months of courtship with Kevin-Prince Boateng, a major soccer star​​He decided Proposing to Martial Arts Champion Valentina Fradegrada.

The two seem to have fallen in love at first sight.

The marriage proposal had already arrived on December 6, just four months after their first date!

Boateng, however, who does not like simple things, decided to propose to his fiancée in a more princely manner, booking an entire hotel for the occasion and then declaring his love to each other surrounded by an indescribable amount of roses and red balloons.

However, that is not the real news!

The icing on the cake is that, in addition to the wedding ceremony, the two have announced that they will also host a wedding in the metaverse to “share” your most beautiful day with your fans online.

The future bride announced that she has been working for some time in a great metaverse project at OVRa suitable platform to organize events.

OVR will allow all fans to be present, although not in the true sense of the word, in one of the most important days of this new couple.

The bride-to-be also added that she has already started working on the limited NFT collection that will allow access to the exclusive event.

Sun Mar 20 , 2022
Ukrainian President Volodymyr Zelensky has again appealed for talks with Russia. “Negotiation is the only way to end the war,” he told CNN.Published: March 20, 2022, 23: 06Zelensky says again that he is ready to sit down with Russian President Vladimir Putin and begin negotiations. “If there is only one […] 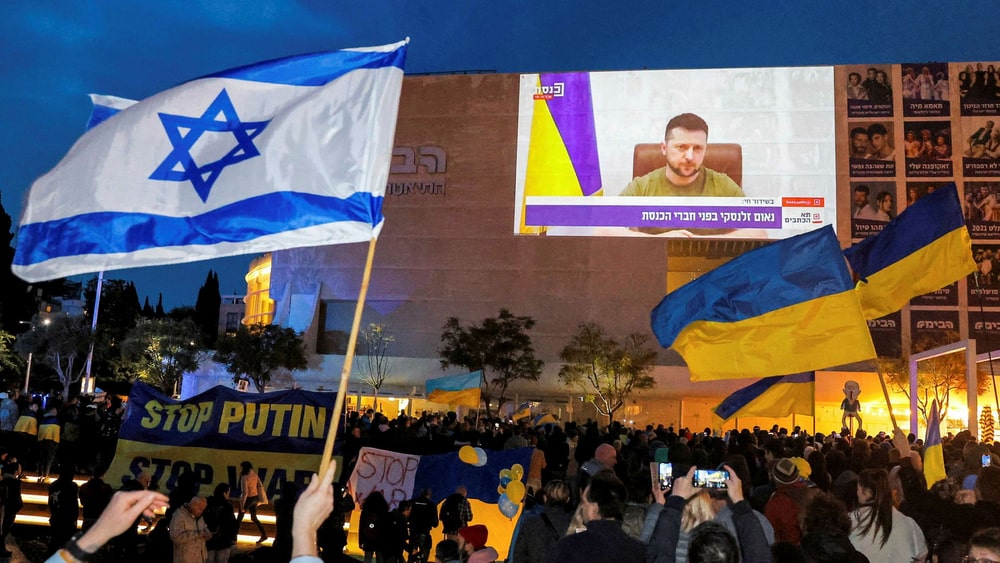