The Federal Police informed in the early evening of Wednesday (25) the partial balance of 'Operation Kryptos', triggered in the morning in Rio de Janeiro, São Paulo, Ceará and the Federal District, which resulted in the seizure of hundreds of bitcoins and suitcases Of money. One of the targets of arrest, search and seizure was Glaidson Acácio dos Santos, owner of GAS Consultoria, a company that was being investigated as a result of complaints from the CVM and the Public Ministry. According to the PF, 15 warrants were served and five suspects were arrested; Three were caught in Rio and two in SP, at Guarulhos Airport, with the support of agents from the Federal Revenue. With the suspects were found several bags of money and 591 bitcoins, valued at the current price of R$ 150 million. Other than that, agents arrested 21 luxury cars, luxury watches, jewelry, as well as cell phones, electronic devices and documents that will be examined. Until 19:00 on Wednesday, the PF still had not finished counting the money in cash, as it needed large machinery due to the vast amount of banknotes. At around 8:00 pm, the office released the amounts: “In addition to the balance sheet already disclosed, the PF informs that another R$ 13,825,091.00  and 100 Pounds Sterling in cash were seized. In addition to this, other amounts, in foreign currency, already deposited with the CEF, but not accounted for, were seized”. Regarding the seizure of bitcoins, the agency said that "everything indicates that this will be the biggest seizure of cryptocurrencies and values, in kind, added together, by the Federal Police".

“The Cryptoactives were stored in hardware wallets,” said the National Treasury Attorney, Ana Paula Bez Batti, who is also one of the coordinators of the investigation site Blocksherlock, to the Bitcoin Portal. The representative of the Attorney General's Office of the National Treasury was part of the 'Ostentação', Black Monday' and Cryptoshow operations. Batti said that he always acts with a focus on asset recovery, which consists of locating and backing up private keys and later transferring them to a portfolio created for the State. The Attorney General of the National Treasury, through Attorney Ana Paula, has stood out in actions involving the recovery of cryptoactives. Ana Paula Bez Batti, National Treasury Attorney and also one of the coordinators of the Blocksherlock investigation site. script for investigation and seizure of cryptoactives, which has been very useful in cases involving the concealment of proceeds of crime in virtual assets.” Based on this partnership with the MPF, the PGFN recovered the assets remotely and transferred them to a portfolio on behalf of the MPF”. The amounts, stressed Batti, will be made available to the court of criminal proceedings for later compensation to the victims.

Glaidson Acácio dos Santos, owner of GAS Consultoria, was arrested in Itanhangá, in the West Zone of Rio de Janeiro. The police found in his house gold bars and banknotes of reais, dollars and euros. Suspected of pyramid practice, Santos was already in the PF's crosshairs for a long time because of suspicions of money laundering, as pointed out in a report by Fantástico last week. Through GAS Consultoria, which is headquartered in Cabo Frio, Rio, the business created by Glaidson offers a fixed income of 10% per month on top of financial contributions, a promise out of the reality of the market. Over the past six years, the company's financial turnover has reached billions. Before being arrested, GAS Consultoria has repeatedly denied the practice of illegal activity and alleged that it does not condone illegalities and values ​​the lawfulness of all its operations, being available to the authorities for any clarification.

Thu Aug 26 , 2021
Minister of Finance Magdalena Andersson (S) promises a 74 billion "vitamin injection" in the coming budget, which together with consumption-happy households provides strong growth in the economy. But she does not want to say about the risk of a government crisis or not. "It is a complicated parliamentary situation," she […] 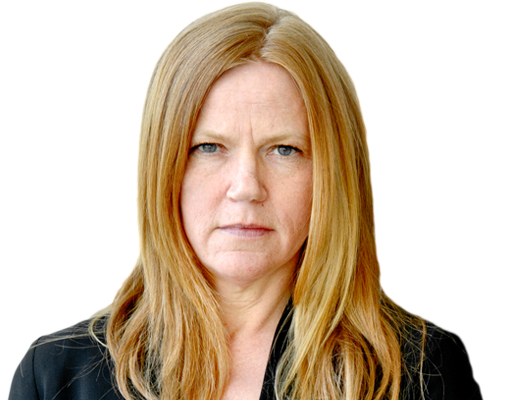