Tether (USDT) is a stablecoin claiming parity with the US dollar. A stablecoin is a cryptocurrency or a digital asset with physical backing. It's the equivalent of taking a physical asset: dollars, reais, diamonds, copper, gold, locking it in a vault, and issuing encrypted equivalencies for that asset that is stored. In the case of Tether, the proposal is that for each Tether issued, there is an equivalent dollar in cash. It can be in cash or Treasury Bills, which are US government bonds, equivalent to our direct treasury, an ideal asset to guarantee liabilities in dollars. Through Tether, users are able to escape the volatility of other assets, while carrying out their operations with cryptoactives and are able to move the “dollar” to any exchanges in the world that accept stablecoin. Therefore, Tether turned out to be a very useful option for transfers between systems and with different cryptocurrencies. With this, Tether gained increasing relevance in the markets, the convenience of having a currency paired with the US dollar increased demand for the currency. Tether's issuance speed in recent years is impressive, from December 2019 to July this year, the issuance went from US$ 4 billion to US$ 62 billion and stablecoin is already the third largest cryptocurrency in market value. In other words, to guarantee parity, the issuing company should have these 62 billion dollars in cash, but would Tether Unlimited, the issuing company of Tether, really have all this value backed? Since its launch in 2014, there has been an eternal distrust of this backing, as the company does not show evidence, in a transparent manner, that it follows this parity. As part of a recent agreement with the New York State Attorney's Office, which has been investigating the company since 2018, the company has pledged to release a quarterly report with proof of all this billionaire backing. In May 2020, the first report was published, confirming the market's suspicions of the non-existence of the backing, further accentuating concerns and suspicions about the asset. According to the company's report, only 6% of the backing it claims to have is in cash or US government bonds and 65% is called “Commercial Paper”, which would be a kind of letter of credit. However, the report does not detail the prospectuses of these bonds and who the creditors are. Thus, it is impossible to know the real liquidity of these papers and the degree of quality and reliability of these assets.

Based on Tether's trading volume, the market believes that the main creditors are the large exchanges that depend on this asset, such as Binance, Huobi and Bitfinex, sister company of Tether Unlimited. Having a Commercial Paper of this type, guaranteeing a market of more than US$ 60 billion, is a matter of great concern and it is necessary to be suspicious that there are not enough reserves, in case a withdrawal request occurs for all the tethers issued.

How does Tether inflate the markets?

Comparing the Tether-dollar issue with the high prices of cryptoactives, mainly bitcoin, it ends up being undeniable that there is a positive correlation. It is difficult to know the size of the influence, but without a doubt one of the factors that explain the rise in the prices of cryptoactives in the last two years is the issuance of USDT, which generates liquidity and inflates the markets. The bitcoin free float, the proportion of bitcoins issued that are in constant negotiation, is estimated to be at most 20%, which is equivalent to US$40 billion. Can you imagine what an unfunded issue of more than $60 billion can do in a $40 billion market? An eventual collapse of Tether could cause, in addition to the loss of parity with the US dollar, a kind of “bank run for Tether” and have direct consequences on the price of cryptocurrencies, and on large exchanges. So the ideal is to avoid leaving cryptoactives stopped in exchanges that depend on Tether. In an extreme scenario, investors will try to sell at any cost and simultaneously the USDT and demand will quickly drop to zero, causing its price to turn to "dust", affecting other cryptocurrencies, such as bitcoin, due to its importance for the market and the crisis of confidence that this episode could generate. I believe the Dollar/Tether affair could go down in history as one of the biggest financial scams of all time, with repercussions in the digital and analog worlds, and later films and documentaries trying to explain the scale that it has taken.

Marina Luz, CFP®, is an economist with 8 years of experience in the financial market and worked at Itaú BBA. He is a specialist in personal finance and maintains the YouTube channel Mais Dinheiros, on financial education and investments

Mon Aug 2 , 2021
Bitcoin BTC crypto currency gold coins with global trading exchange market price graph chart, new virtual money concept. Mining or blockchain technologyTo summarize the situation of the main cryptocurrency in the market this beginning of the week, 3 experts will present the possibilities for the future price of Bitcoin according […] 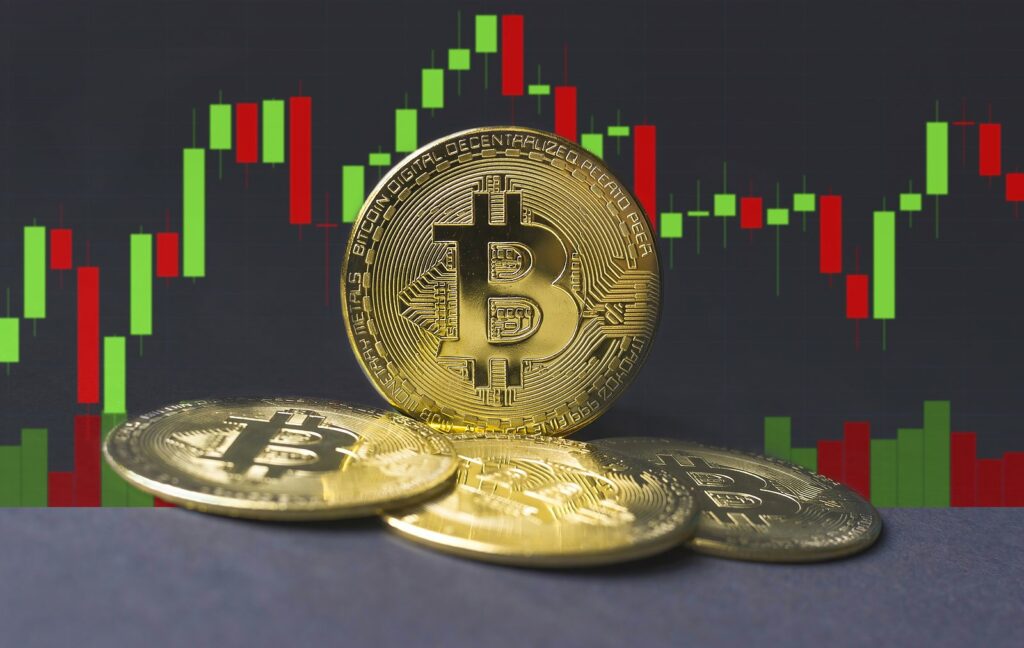