The James Howells story is famous. But perhaps you know her as the legend of the man who threw away a hard drive with the password to a wallet with thousands of bitcoins and now wants to dig up the city's landfill to rediscover the treasure. Passed on as an anecdote and example of how Bitcoin […]

The James Howells story is famous. But perhaps you know her as the legend of the man who threw away a hard drive with the password to a wallet with thousands of bitcoins and now wants to dig up the city's landfill to rediscover the treasure.

Passed on as an anecdote and an example of how Bitcoin went from being a small community experiment to being one of the most valuable assets in the world, this tragic episode was further detailed in the latest issue of The New Yorker magazine .

The publication found him, interviewed him and told the story in detail. It couldn't be more banal: one day, in August 2013, the engineer from Wales went to clean his office in the city of Newport, and included a hard drive in the items that would go to waste.

Later, when the trash had already been removed, he remembered that it was on that disk that the key to his bitcoin wallet was deposited. That's when his saga began.

According to the engineer, the portfolio has eight thousand bitcoins, which are equivalent to more than US$ 408 million in the quotation this Tuesday (7).

The report recalls the moment when he made the big mistake he made:

“He wanted to go to the landfill, but he was ashamed – and also afraid that no one would believe his story. 'Explaining Bitcoin back then wasn't easy,' he recalls. Then, for a month, he saw the bitcoin market soar and with it his losses. He remembers saying to himself, 'This is becoming a bigger and bigger problem.' When the loss came to $6 million, he told his wife. She was shocked and encouraged him to go to the landfill to see if anything could be done. When he told the site manager that he had thrown away £4 million, he received nods of disbelief in return. But in the end, the manager took him to an elevated location so that he could look at the whole lot. Her heart sank. It was an area equivalent to somewhere between 10 to 15 football fields”.

Howell was a first-time Bitcoin enthusiast, who he met through a forum around 2009. He quickly started mining and remembers at times being the only five nodes active on the network for a few moments.

He was earning Bitcoin mining rewards, but never imagining that they would have a relevant value. One day, he dropped lemonade on the keyboard of his notebook and decided to take the hard drive out for cleaning. Soon after, he bought an iMac, and at that time, Apple's computer didn't support the software he used to mine.

That's how the hard drive ended up in a drawer, forgotten until cleaning day.

The report says that given the immensity of garbage, the landfill manager gave good news: the materials were separated when they arrived and the computer parts had a specific location. The search would be much more focused than he'd first thought.

But the manager said that permission from the city would be needed to dig and search, and that's what Howells hasn't gotten in these eight years of searching for the hard drive.

The engineer initially left messages at the city hall that were not answered. Then there were several unsuccessful attempts at contacts.

In May of this year, he finally arranged a meeting for Zoom with two people responsible for the waste and sanitation area of the city of Newport. However, the return was not encouraging.

“You know Mr. Howells, there is absolutely no willingness to proceed with this project by the city,” said one of the representatives.

The project in question is to let the man dig and find the hard drive. In return, he assures that he will give a good part of the bitcoins to the city.

The city says that turning over buried garbage can cause environmental damage.

This can hardly be any consolation to the hapless Welshman, but he is not alone. Chainanalysis study points out that 3.5 million bitcoins were lost in the first twelve years of the asset's history, which is almost a fifth of what has been mined so far.

In 2010, Satoshi Nakamoto spoke about the topic in a forum: “Lost coins just make everybody's coins worth a little more”.

The cryptocurrency market threatened a slight recovery on Monday (19), but a lateralization dynamic with a downward trend soon took hold. Bitcoin (BTC) registers a 0.08% devaluation in the last 24 hours. The Ethereum (ETH) has dropped 0.19% in the period, according to data from Coinmarketcap. The first is quoted at US$ 48,752, at […] 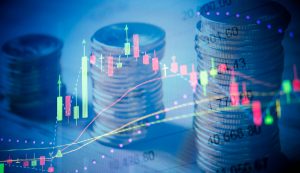