The Internet Computer (ICP) was launched in May and in just a few days reached the 8th position among the largest cryptocurrencies in market value. The meteoric performance made the community believe that it was facing a currency that would compete with the giants in the sector. The expectation, however, gave way to a very different reality. After reaching an all-time high of $737 on May 10, the ICP collapsed. On Friday (2), according to CoinMarketCap, the currency traded at US$ 43, a drop of 94% since the top price. The capitalization of the asset, which reached US$ 60 billion at its height, dropped to US$ 5.8 billion in a few months, placing the project in the 21st position in the list of the biggest in the market. Undoubtedly, the newly launched cryptocurrency was impacted by the widespread falls that hit the crypto market in May, but that alone does not justify such a drastic devaluation for such a promising asset, according to experts. A June 28 report by analyst firm Arkham Intelligence says the cryptoactive's current performance is the result of a billion-dollar ICP dump on the market by insiders linked to Dfinity, the company behind the cryptocurrency: “ The addresses we suspect belong to Dfinity (the report called the Treasury) and insiders (insiders of the project with inside information) sent 18.9 million ICP, worth US$3.6 billion at the time of filing, to the exchanges”. These amounts represent 75% of all ICPs deposited with brokers since launch. The alleged massive sale of tokens, according to the analysis, would be a possible explanation for the 94% drop in price. “We don't have clear and direct evidence that these deposited tokens were sold. But deposits with commercial brokerages are usually for sale purposes. After all, facilitating the sale is the objective of these platforms”, the report assumes. Some of the exchanges that received deposits were Binance, Huobi, OKEx and Coinbase, with the latter receiving most of it.

In addition to the brokers, the researchers analyzed to which other addresses the Treasury sent cryptocurrencies, considering them to belong to people linked to the company in some way, the so-called insiders. “Suspicious insiders are addresses that received the ICP from the Treasury or deposited the ICP at an exchange deposit address also used by the Treasury,” explained the study. The investigation traced that Dfinity sent 34.1 million tokens to 34 addresses of alleged insiders. "Addresses vary in their filing pattern, suggesting they belong to separate entities." As the currency price began to improve in the days after launch, a third of those addresses sent 10.7 million tokens to the exchanges, about $1.6 billion at the time of deposit.

On Wednesday (28), The New York Times echoed the Arkham Intelligence report. A spokesman for Dfinity told the newspaper that malicious actors on social media were to blame for the falling currency. "Day traders with alternative schedules and unethical cryptocurrency designs used Reddit and Twitter to confuse the public." Regarding the tokens dumping on exchanges, the company argued that the initial supply of ICP was sent to a Coinbase escrow account to then be sent to various categories of investors, many of whom "immediately transferred their tokens" to avoid fees or “protect your ICP”. Arkham Intelligence's investigation argues that certainly Dfinity has the ability to secure safe custody of its own tokens, rather than relying on third parties. “Based on a review of its public materials, Dfinity did not follow industry practices to demonstrate good faith and assure investors that project members would not trigger a price drop through massive sales,” the report concludes.

Internet Computer (ICP) was created by the company Dfinity Foundation, founded in Switzerland in 2014 by developer Dominic Williams. Cryptoactive is one of the components of a complex ecosystem that emerged with the promise of ending the monopoly of internet services. Overall, the blockchain's idea is to allow people to host websites and software directly on the public internet, bypassing the commercial cloud servers of tech giants like Google and Amazon. With this proposal, the Dfinity Foundation won the support of one of Silicon Valley's most prestigious venture capital firms, Andreessen Horowitz, which led two rounds of $195 million investment for Dfinity prior to its launch.

Mon Jul 5 , 2021
The Dutch institutional analyst, who uses the alias PlanB on his Twitter account @100trillionUSD, believes in a positive scenario for bitcoin in the coming months and has forecast the cryptocurrency price for August. PlanB is known for applying the Stock-to-flow model, generally used in the pricing of metals, for the […] 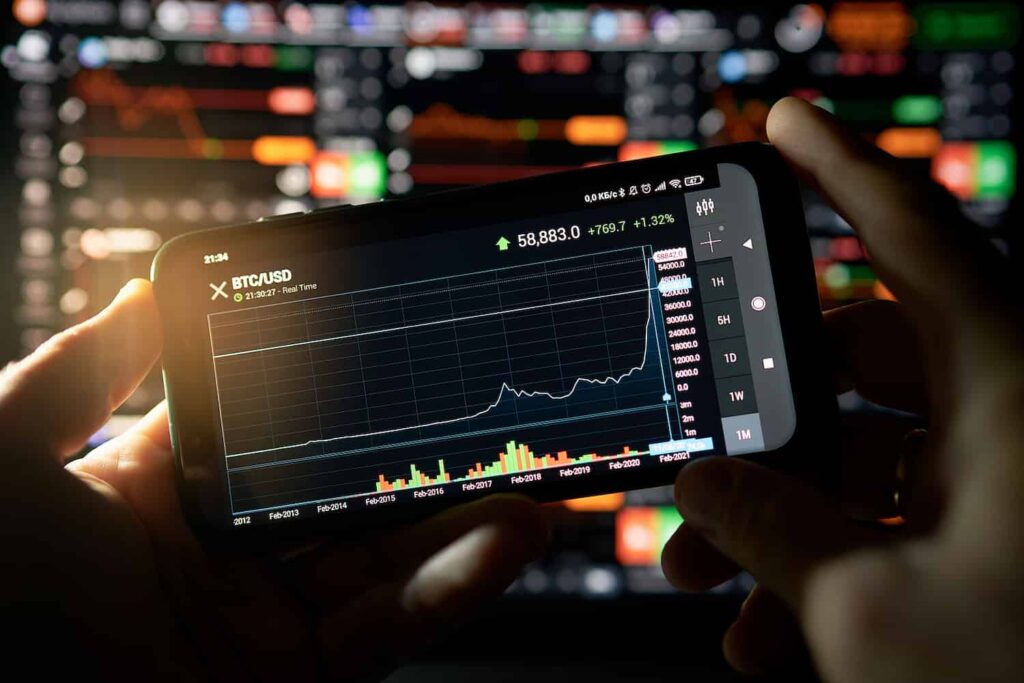