"First they ignore you, then they laugh at you, then they fight and then you win." In a report aired on Thursday (6) on Germany's Kontraste TV show, bitcoin was called a "climate killer". The story begins with an image of fragmented dry land, saying that the world agrees that we have to save CO2, but that Bitcoin does the opposite of that. The channel, which is supported economically by the German government, was based on data from Alex de Vries , a scientist funded by the Central Bank of the Netherlands, to calculate Bitcoin's energy expenditure.

The cryptography is placed in the middle a list of the countries that spend the most energy today. While Germany and Brazil occupy the sixth and seventh place, respectively, Bitcoin would be in 12th place, if it were a country.Ranking of the countries that spend the most energy in the world and Bitcoin. (Reproduction / Ardmediathek.de). Bitcoin mining really is a task that requires a lot of electricity, but it is important to note that pollution comes from creating energy, not spending. In this sense, it is worth noting that more than half of bitcoin mining comes from clean energy, according to a report by Ark Investments. But the report goes further and states that “mining creates security, security creates trust and trust leads to a upward trend (of the bitcoin price). ”. However, for BitcoinBlog's Christoph Bergmann, this reverses the logic: a rising price tends to raise hash power, not the other way around. According to Bergmann, the story correctly explains what bitcoin mining does, but it continues with vague statements and omissions of important data, as well as “errors, slips and false statements.” “Bitcoin can use as much electricity as Sweden or the Netherlands but electricity represents only one-sixth of global energy consumption. The rest goes mainly to heating and means of transport, which with gas and oil are generally much more CO2-intensive than electricity. ”, Says the blogger.Read more: Bitcoin is not an enemy of the environment, as traditional media points outAfter the report aired on open TV, some experts who were interviewed reported that their lines were distorted to help Bitcoin's narrative as a villain of the environment. Markus Buch, for example, said that he explained to journalists how there are initiatives to make mining greener and that halving has a positive effect, in his opinion, in terms of reducing energy consumption over time. None of this was shown in the story.

But despite all the mistakes in the report, what most caught the attention of the cryptocurrency community was the closure. The newest billionaire in the crypto world, Vitalik Buterin, is shown in a lecture talking about Ethereum 2.0, the blockchain update that should change the consensus model from proof-of-work (PoW) to proof-of-stake (PoS) As a result, the network should spend a lot less energy in general, but this is not the path chosen by Bitcoin developers. Rene A., a mining expert, said he explained to the journalist why PoW is important and why it is impossible for developers to change the algorithm without broad user consensus. But that didn't air, instead the story says that developers "refuse" to make Bitcoin more environmentally friendly. And while Buterin appeared as a kind of hero, Bitcoin Core's top programmers only appeared in photos. , with pixelated eyes, after all they are committing the great “crime” of not considering the change in the BTC consensus model. “German public broadcaster DasErste made some of the Bitcoin developers look like petty criminals on their ARDKontraste program last night. We need to find ways to combat this type of publicly funded defamation. ”, said the user FulmoLightning on Twitter.Nicolas Dorier, developer of BTCPay Server, joked that Pieter Wuille (Bitcoin Core developer) already resembles Professor de La Casa de Papel, “the mentor of the central bank robbery in person”. Vitalik's face appears normally in the story, some people answered to the tweet alleging that the blurring of the faces of Bitcoin developers complies with German data privacy laws. dev Orionwl, who also appears in the report, said he was happy that his face was blurred, “I don't know what how much can I make it clearer that I do not consent to using my photo than, having approximately no photo online ”, statedIn fact, Germany is known for its care for privacy, which is curious as they don't cite Bitcoin's transparency as a disadvantage. For traditional media, it seems to be interesting to maintain the narrative that bitcoin is the perfect currency for criminals, even if it has been denied by several public agents who participated in investigations into crimes involving the use of cryptocurrencies.But what is your opinion on the way in which Bitcoin developers were portrayed on open TV? Leave your comment below.

Sun May 9 , 2021
"President Joe Biden is becoming a silent revolutionary," says a column in The New Yorker about changes in the US economic team. Trillion-dollar plans and uncontrolled monetary printing are not an end in themselves, for some economists in this new team this is part of a much larger plan: dethrone […] 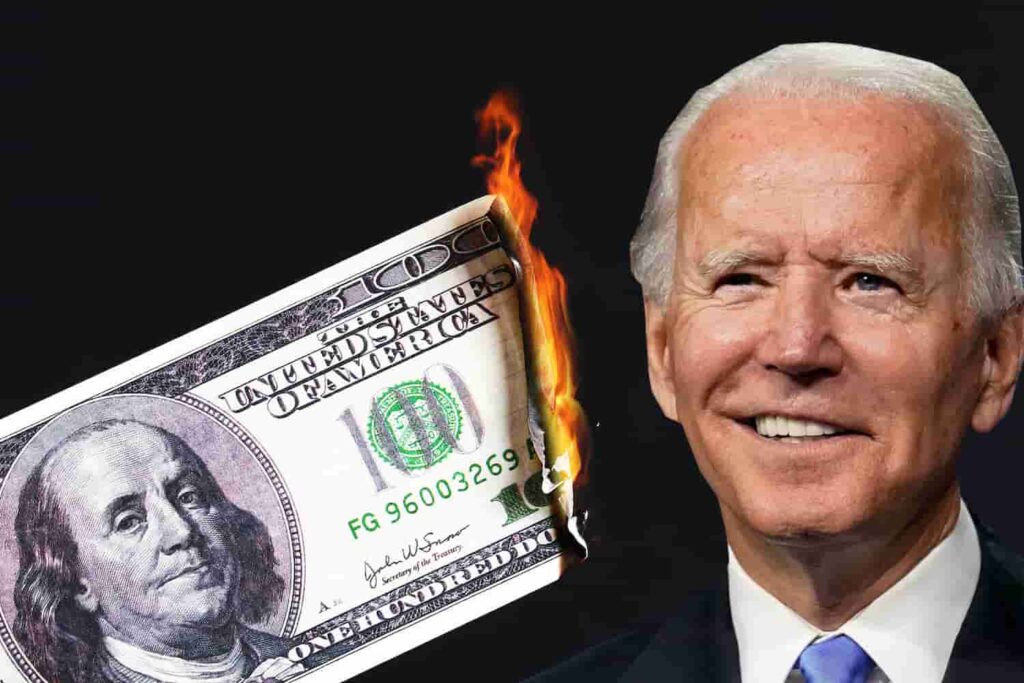