The dispute over the purchase of Twitter starts to get fiercer. Founder of Tron and Bittorrent makes an offer against Elon Musk and wants to turn the platform into DAO. Future of Web 3.0.

With the fall of the last king and founder, Jack Dorsey, who left twitter on November 29, 2021 to dedicate himself exclusively to Block and the development of the Bitcointhe social networking platform starts to get more coveted than the Iron Throne of game of Thrones. In early April 2022, Elon Musk bought about R$10 billion in shares of Twitter, becoming the largest shareholder in the company, owner of 9.2% of all shares available on the market. On Thursday morning, April 14th, Musk made a formal offer for the total acquisition of the company in the approximate amount of R$195 billion; being the official offer to purchase all shares at the price of $54.20 each. As the king of the north (Elon Musk, USA) moves his army of dollars to conquer the bluebird’s iron throne, the king of the east (Justin Sun – China) begins to deploy his troops in response.

The King of the East, in this case is the Chinese billionaire Justin Sunfounder of the Tron blockchain network and one of the biggest stakeholders of TronDAO, a Decentralized Autonomous Organization (DAO – Decentralized Autonomous Organization) responsible for the governance of Tron, which is the most used network for transactions in the Tether USD (USDT). Justin Sun is also CEO of bittorrent (BTT), after the acquisition of the network by TronDAO.

I believe @Twitter is far from unleashing its full potential, thus I am offering $60 per share to take the platform private. But we fully support the reform initiatives of @elonmusk and would love to see Twitter becoming crypto-native and Web3 friendly.— HE Justin Sun 🅣🌞🇬🇩 (@justinsuntron) April 14, 2022

“I believe Twitter is far from unleashing its full potential, so I’m offering $60 per share to make the platform private. But we fully support @elonmusk’s reform efforts and would love to see Twitter become crypto-native and Web3-friendly.”

Sun makes reference to proposals for greater implementations of cryptocurrencies and blockchain on the platform, which were also raised by Musk. Also, he continues in the thread saying that TronDAO is interested in making Twitter a open source and decentralized platform, part of Web 3.0. Among several benefits that come with decentralization is the fact that the social network would become less dependent on US laws by becoming a supranational company.

With the offer of $60 per share, Tron outperforms Elon Musk by more than 10%. Will he respond?

Even the Tesla CEO’s inferior offer was already very interesting from a financial point of view and also as a business strategy for the directors and shareholders of Twitter Inc. With Justin Sun’s proposed purchase of DAO, a denial could indicate great resistance from the platform to get involved with Web3, deliberately opting for centralization in the US. Libertarian and investor Raoul Pal, founder of Real Vision, commented:

“Twitter is one of the biggest opportunities to get Web 3 right and scale it. There is a small window of opportunity and I feel, from some thought leaders on Twitter this morning, there are also a lot of people thinking the same way about this…”

Raoul Pal confirms his opinion that Twitter is a great tool for web3, confirming the “untapped potential” of the platform, described by Sun. And the fact that a true game of thrones is starting around this further confirms the opportunity bias described.

Bitcoin miners in China are under attack again

Fri Apr 15 , 2022
More mining farms and nearly 4,000 machines for mining Bitcoin and other cryptocurrencies using the PoW protocol have been seized in China. Seizures of Bitcoin Mining Machines Continue in China The country banned mining completely in May last yearand at first it seemed that he had succeeded in imposing a […] 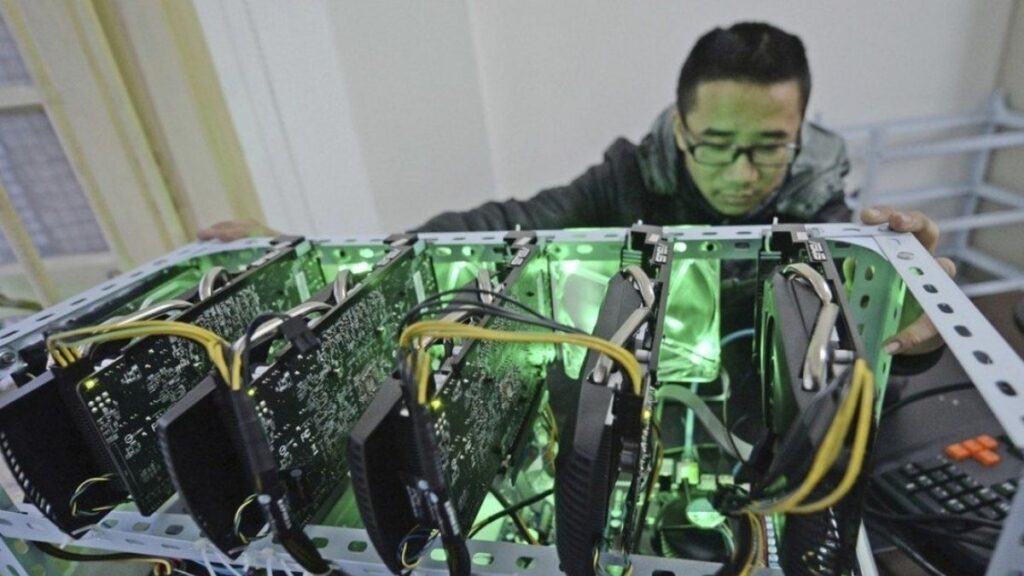