A former liquidator accused of embezzling R$700,000 from a luxury condominium in Londrina (PR) to allegedly invest in Ethereum (ETH) was arrested on Wednesday (11) in a joint operation by the Civil Police of Paraná and São Paulo. Paulo. The offender was found at his residence in Itapetininga (SP). During the operation, the police also seized property documents, a computer, a tablet, a television, a watch collection and three vehicles. The delegate responsible for the case, Jayme Sousa Filho, told the Bitcoin Portal that the deviations occurred between 2016 and 2017, but that the loss of residents could be greater and reach R$ 1.2 million, since the suspect's management lasted between 2014 and 2022. He said that the tenants identified disagreements in the information provided in the rendering of accounts in April of this year, when a new management took office and carried out an audit: “From the moment they had access to the condominium's bank account, the residents found that there was practically no money left. The trustee diverted the amounts to his own account and forged bank statements to pretend that the money remained in the condominium, so he managed to spend more than six years in the management”.

When the unit owners went to the police station in April to file a police report, the manager presented himself to the authorities the same day. At the time, he said that he used the money to invest in cryptocurrencies. “He said that he made monthly withdrawals of R$20,000 and R$30,000 and delivers the amount to a supposed broker who would make investments in Ethereum (ETH). But at no time did he show proof of this allegation, nor was he able to present proof of the operations”, said Sousa Filho. The trustee told police that the broker fled with all the money, but authorities do not confirm this version due to lack of evidence. According to the delegate, "everything indicates that he used this subterfuge of cryptocurrencies to justify the disappearance of the money".

The Civil Police identified during the investigations that the former liquidator frequently diverted money, including to third-party accounts that had never provided services to the condominium. Part of the amount was also sent to accounts of two companies belonging to the accused, who acts as commercial representative of the clothing sector in Londrina. The man will be liable for crimes of misappropriation, whose penalty is from 1 to 4 years, which may rise by a third due to his activity as a liquidator, and forgery of documents, whose penalty can reach 5 years. Two other businessmen in the city involved in the scheme were also indicted for the crime of reception.

More than 700 people killed in the earthquake in Haiti

Sun Aug 15 , 2021
Haitians desperately search through the racial masses in the hope of finding loved ones alive. The devastating earthquake has so far claimed more than 700 lives. TT Published: 15 August 2022, 17:14The government signed on Sunday up the death toll after the severe earthquake in southern Haiti. The latest death […] 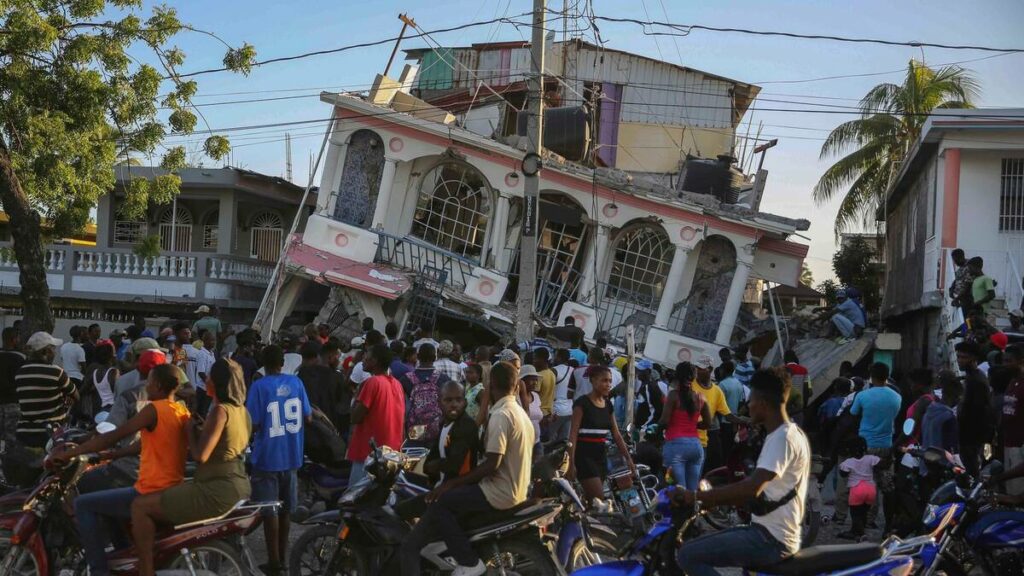