Published: 10 June 2022, 22:57Passwords were developed to protect mainframes in the 70’s, not to resist phishing and cyber threats. Now the trend indicates that biometric identification will be the next step in creating more secure logins. – Passwords have many disadvantages and few advantages, and there will definitely be a transition to authentication without passwords in the near future, says Johan Montelius Hedberg, Marketing Manager at RegTech company ZignSec.Read more: Therefore, passwords are a big problem

Password is one of the oldest security measures available. The technology was developed as early as the 1970s, but was then about making sure that the right engineer logged in to the right mainframe, not about protecting sites connected to the whole world’s cyber criminals. – Today there is much better technology for identity verification online, and I think that passwords are mostly used by tradition, almost as if they are in our technical muscle memory, says Johan Montelius Hedberg. According to him, passwords today are the weakest link in the security chain, both for individuals and for companies. And it does not help that people are involved in the equation. – People do not have the strength to come up with original passwords. The most common in the whole world is “123456”, and the majority of us also use the same password for several different sites. So it is no wonder that most cybercrimes are due to leaked or hacked passwords.

But fifty years after the password entered the market, other technology for logging in is now starting to become more common. – Above all, we are seeing a strong upswing for so-called biometric identification, where you log in with the help of your face. with it when you log in to your phone, but today it is also used when logging in to different companies’ web pages. – In principle, this is done so that the company at your first contact does a proper online verification of you. In connection with this, you send in a reference photo that is saved in a system. The next time you log in, just take a selfie, send it in for a comparison with the reference photo, and then you log in. The comparison is done automatically using AI, partly because it is more time efficient than manual handling, partly because the machine is significantly better than the human eye at detecting attempted fraud. – The big advantage over passwords is that this is much more secure, and still user-friendly. It becomes virtually impossible for fraudsters to take over the user’s account.

So far, biometric identification has mainly been used by companies that have regulatory requirements to ensure the identity of the user, but Johan Montelius Hedberg sees that it can have great benefits in other industries as well. – For example, marketplaces or dating sites could offer it as a way to create increased security for users. And that passwords are on the way out, he is completely convinced of that. – It is admittedly both easy and cheap to implement, but it creates so many problems. Partly in terms of security, but also for the user when the password is forgotten. Many customer services spend a large part of their time trying to help people who have forgotten what they were thinking when they created their password. When using a password, the human factor becomes a weakness, when using our system for biometric identification, it becomes a strength instead.Read more: Therefore, passwords are a big problemThe article is produced by Brand Studio in collaboration with ZignSec and not an article by Dagens industri

Nox Bitcoin, the Brazilian fintech that is changing cryptocurrency investments

Sat Jun 11 , 2022
The Brazilian fintech expanded its range of products with the launch of app Nox Bitcoin. In addition to BTC custody, the app provides access to trends in the Defi world, making it very easy to access passive income investments. Nox Bitcoin App No complicated screens or excess information. With the […] 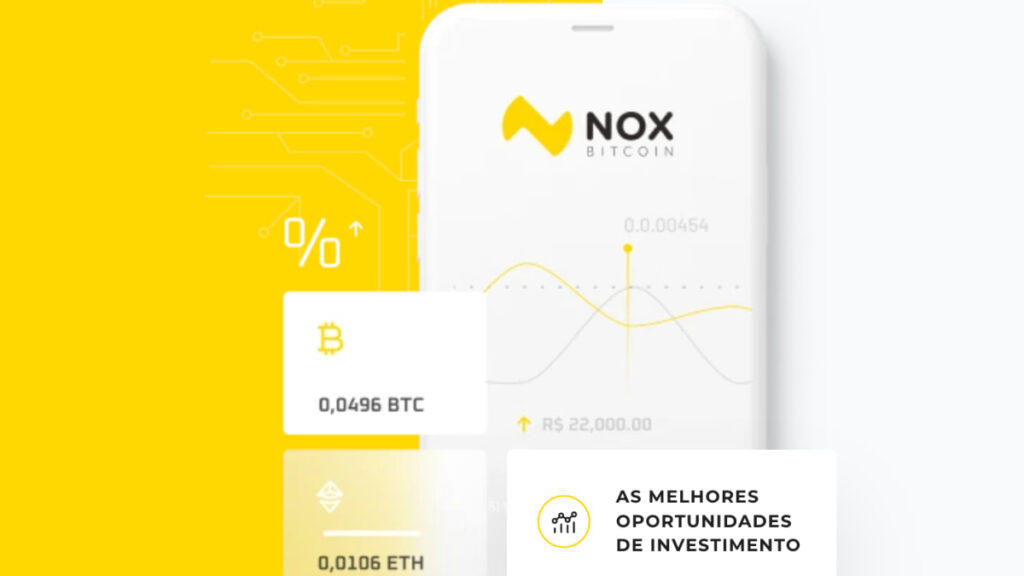