Since September, the rising inflation in Brazil has been above double digits, driven by the price of gasoline and others…

Since September, Brazil's rising inflation has been above double digits , driven by the price of gasoline and other items included in the Extended Consumer Price Index (IPCA).

According to the magazine focused on Motor Show automobiles, Brazilians pay 50% more to fill up with gasoline in 2022 , since, in November 2020, gasoline cost an average of R$ 4.62. The data comes from the Ticket Log Price Index (IPTL).

However, this is not true for a specific group of Brazilians, who chose not to store the value of their work in real, and therefore see prices from a different perspective.

In bitcoin, a liter of gasoline a year ago cost 5,800 satoshis (BTC's unit of account), whereas today it costs 2,500 satoshis, less than half the price.

If this comparison seems too far from reality, know that it is not. Year after year, more people are attracted by the usefulness of Bitcoin as a store of value , and the number of bitcoiners in Brazil surpassed twice the number of stock exchange investors in 2018.

Saving your time in real

When working, we all trade our time for money, and then buy what we need to live well. The problem is that using the Brazilian currency to reserve value for the future is a terrible choice, since the real has lost 85% of its purchasing power since its creation in 1994 .

Most Brazilians leave the effort of their work in savings, which currently yields 70% of the Selic rate, easing the loss of purchasing power a little, but still clearly losing out on inflation.

According to the Store of Time website, 8 hours of work converted and saved in reais in early 2020 became 7.12 hours of work in October of this year, an 11% devaluation.

On the other hand, still using Store of Time data, a working day (8-hour workday) converted and saved in bitcoin was increased with time to the equivalent of 8.23 working days in the same period.

To get rich at the same rate as a bitcoiner, the average Brazilian would need to work around eight times as hard, with the reserve of value used being the only difference between them.

That's why the dilution of purchasing power by governments through the rampant printing of money , and the impossibility of doing this with Bitcoin is such a key hit by decentralization enthusiasts.

But what's your point of view on this issue: are you still worried about the price of gas or are you seeing it go down over time? Leave your comment below.

New York's New Year's Eve is one of the most famous in the world: the One Times Square ball drop marks the beginning of the year with thousands of people watching in person in Manhattan and millions on television. So why not double the party Jamestown, the real estate conglomerate that owns the building, will enjoy the […] 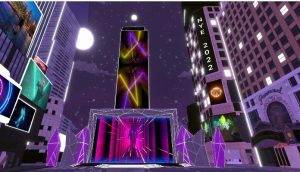