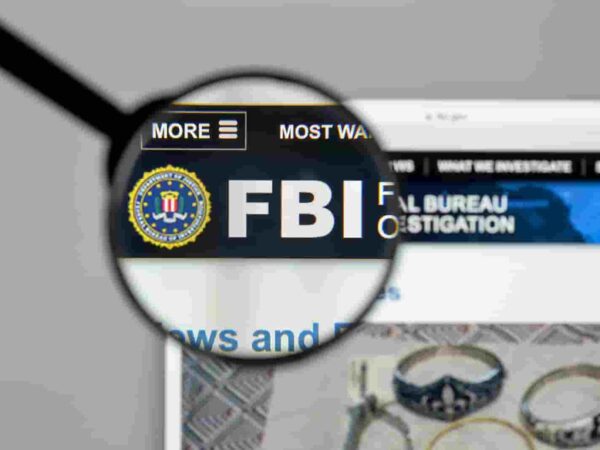 The FBI was able to recover part of the bitcoin value taken by hackers in a ransomware attack on a pipeline in the United States. However, the news that came out in the media presented the story in half. In addition, with a lack of knowledge about how private bitcoin keys work, journalists exaggerated the story, creating fear in new investors. Pete Williams and Geoff Bennett, NBC, informed that the federal government claimed to have seized by court order $2.3 million of the ransom paid by Colonial Pipeline. Then Ken Dilanian, from the same newspaper, said that hackers kept their bitcoin on a server located in northern California, within the reach of US law. Three hours later, the information was rectified by the journalist saying that “Although Bitcoin is not stored on a server, the private keys to unlock Bitcoin could be. In any case, an FBI official just told reporters that it doesn't matter where the Bitcoin wallet is – the FBI can still have access. They won't tell you how.”

Justin Wolfers, professor of economics at the University of Michigan and NYTimes contributor, commented “The news that the government has figured out how to extract bitcoin from cyber criminals' online wallets certainly reduces Bitcoin use cases even further.” Louise Mensch, former UK Member of Parliament who has previously written for The Guardian and The Times, affirmed on Twitter that the FBI could empty any bitcoin wallet. We don't know if this came out of the mouth of the FBI itself or if some communication was misinterpreted by journalists, but it couldn't be further from the truth.

But what really happened?

Joseph Blount, CEO of Colonial Pipeline, the company affected by the data hijack, said about $4.4 million was paid to hackers in cryptocurrency. And the very fact that only half that amount was recovered reveals that the vulnerability is not from bitcoin itself, but from some weaker link. After all, it would make some sense for the FBI to need to send a court order to get the bitcoins if they could just “hack your wallet”? The cloud server hired by the hackers was subpoenaed and gave the federal department access to sensitive information. explained Adam Back, Bitcoin developer and CEO of Blockstream, adding that "bitcoin wallets are not 'hosted', (ordinary) bitcoin users are not affected." Hackers did something stupid like using a remote cloud server to install a wallet, which the FBI took control of or something like that, he said.

At the heart of Bitcoin is programmed a mathematical trick called “public key cryptography”, a cryptographic system that uses two types of “keys” (actually strings of numbers): private keys and public keys. A private key and a public key are mathematically linked. But while it is very easy to produce a public key from a private key, it is practically impossible to produce a private key from a public key. It's a “one-way street”, so there's no way to simply take the funds out of any wallet out there. To spend bitcoins from a specific bitcoin address, you must prove the “ownership” (or: knowledge) of the key private that refers to the public key associated with that address. And to prove ownership of a private key, without having to reveal that private key, a cryptographic signature is used. A signature is created by performing a calculation that uses transaction data and the private key. And this is where the magic of public-key cryptography comes in: by knowing the public key, anyone can see if the correct private key was used to create the signature – without ever needing to know the private key itself. made the bitcoin transactions. Therefore, any wallet created in a secure, offline environment will be secure even from government attacks. At the time of this writing, bitcoin was trading at $32,500 and seeing an 8.5% drop in the last 24 hours. Although mainstream journalists don't like it, the fundamentals of bitcoin as a technology remain intact.Also read: Discover the world's only non-confiscable asset