Richard Stallman is an activist widely known for founding the free software movement, creating the GNU project and the Free Software Foundation. Over the years he has become a controversial figure for his radicalism, complicated opinions and now makes headlines when talking about bitcoin and digital currencies. In an interview with the Monero Talk channel on 04/01, Stallman stated that he would not like to use bitcoin or monero, the reason? Volatility.

“(Bitcoin and Monero) are not the things I would like to use for a variety of reasons. Bitcoin is a currency and its value fluctuates, I don't like it, I don't want to speculate on currency. This is not my temper. I think I would lose a lot of money if I tried, this is not something I'm good at ”

Richard is correct, however, BTC volatility has been declining over the years and it is speculated that it will become less and less as the market grows. Bitcoin volatility graph “I am not against other people speculating currencies, I am not against people using bitcoin except partly because of the amount of energy it uses. Aside from that, I don't think he does any harm. "

But there is another even greater concern about bitcoin and other crypto.

Taxes are important to Richard Stallman

The FSF founder was alarmed that bitcoin could become a way to evade taxes. "However, I think it (bitcoin) could do a lot of harm, I think if it were used to channel profits that could not be traced, I would consider it harmful" Stallman's concerns were cooled when he discovered that bitcoin is completely transparent and transactions are forever guarded on the blockchain, facilitating police work and IRS investigations. However, the father of free software was startled by the capabilities of another cryptocurrency, Monero (XMR). Completely anonymous and private, XMR could be used to evade taxes and many speculate that it is the 21st century version of Swiss banks, but accessible to everyone. “We need to get rich people to pay taxes and this is the tribute that will give everyone a decent life… I recently saw probably from the UN that 10% of the world's wealth is hidden (in tax havens). ” For the creator of the free software movement, the possibility of tax evasion is frightening. He also believes that if the State knew about all the transactions this would open the door to an authoritarian regime. So, what is the ideal money for Stallman?

"I want anonymity," said Richard, who completed "the only data that will not be used in the wrong way is that which is not collected."

"When we talk about payments I have a different objective when we talk about privacy, I think the individual deserves anonymity in their purchases but the stores they buy should not be able to hide their sales or their revenues" – said Richard

And how to do it? With GNU Taler software, a completely open-source implementation that uses David Chaum's blind subscription scheme to ensure anonymity of purchases and also allow corporate tax collection. In fact, Taler means “Taxable Anonymous Libre Economic Reservers” and refers to Thaler coins from the territories of the Holy Roman Empire, these coins were of enormous quality and from them the North American 'dollar', the Slovenian 'tolar' and the 'tãlã' 'from Samoa. Thaler coins | Source: WikimediaThe original version of Thaler, generally, had more silver than its values ​​indicated, which was a very desired feature since the silver coins would wear out and end up losing weight over time. The GNU Taler must necessarily pass by a bank with KYC process to be turned into cash. It also does not use blockchain and is centralized on a service that can have multiple servers synchronized. The proposal is already being tested in small towns in the European Union and is in line with what David Chaum imagines a CDBC (digital currency of the Central Bank) should be. The complete discussion with Richard Stallman with more than 1 hour of chat is available at Monero Talk channel in English:

Gamestop pulls back after plan to sell 3.5 million shares

Mon Apr 5 , 2021
GameStop's shares retreated in pre-market trading on Monday, after the video game retailer said it could sell up to 3.5 million shares, while trying to take advantage of rising prices after a frenzy driven by Reddit. Reuters, the sale of shares would bring the company more than $ 670 million […] 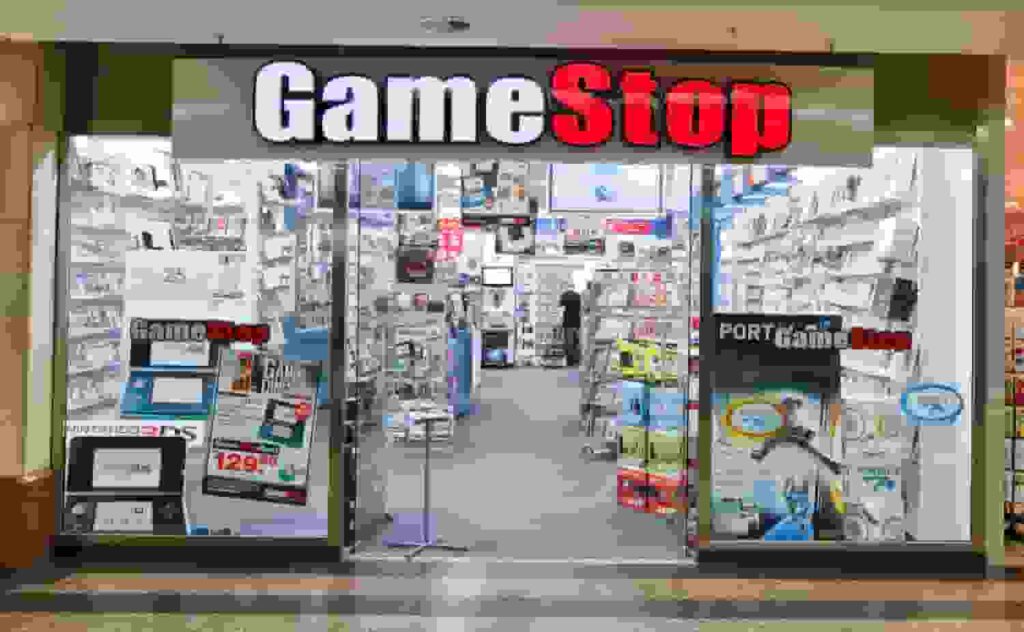