The Security Service of Ukraine (SSU) last week found a giant illegal crypto-currency mining farm consisting of 3,800 PlayStation 4 Slim machines, as well as 500 GPUs, 50 processors, phones and flash drives. The peculiarity of the case drew attention and, according to experts consulted by the report on the Ukrainian portal Delo.ua, the suspicion is that this was not a cryptocurrency mining farm, but a farm of video game bots. The farm was found in the town of Vinnitsa and was stealing power from a shed at the very headquarters of the region's electricity provider, Vinnytsiaoblenergo. At the time, the SSU said the equipment was used to mine cryptocurrencies, but the note did not detail which asset was mined or what changes were made to the machines to allow for the activity. Farm in Ukraine (Photo: Disclosure) Although it is not impossible to mine cryptocurrencies with PlayStation, the activity is not profitable in the same way it would be with the use of ASICs and GPUs. The model of the thousands of consoles that were on the mining farm, the PlayStation 4 Slim, is also an argument for those who believe that cryptocurrencies are unrelated. The PlayStation 4 Pro, for example, is only $100 more expensive, but nearly three times more efficient for mining than the previous model.

With these suspicions, the portal Delo.ua sought the Ukrainian authorities for more details, but did not get a formal response because the investigation is under wraps. However, an anonymous source close to the matter told the newspaper: “The PlayStations have organized a bot pumping of the FIFA game. And then their sale in the market”. This means that video games could be set up to run infinite games in order to conquer rare FIFA Ultimate Team cards, which sell for thousands of dollars in unofficial markets. FIFA is one of the most popular games on the PlayStation and allows the user to build their own team with special player cards, purchased for real money. This system drives an economy out of the game, with people willing to pay dearly for rare cards. This model generates fortunes for game companies. Niko Partners analyst Daniel Ahma estimates that Electronic Arts — the company behind FIFA — could make $1.6 billion in 2022 just by selling Ultimate Team cards.

Without the official information, it is not possible to estimate how much those responsible for the PlayStation farm have profited from the activity. The damage they left for the region's energy system, however, was great. On Monday, Ukraine's National Commission on Energy and Utilities said it had noticed an unusual rise in the cost of electricity in the city of Vinnitsa. The power theft was causing a loss of $250,000 a month for supplier Vinnytsiaoblenergo.

Sun Jul 18 , 2021
Bigger than the music and movie industry combined, the game industry shows its weight in the cryptocurrency market, breaking records and moving millions of “crypto-dollars”. At the top of the most played games that use blockchain is Axie Infinity, a game we talked about in live Blockchain and NFT games […] 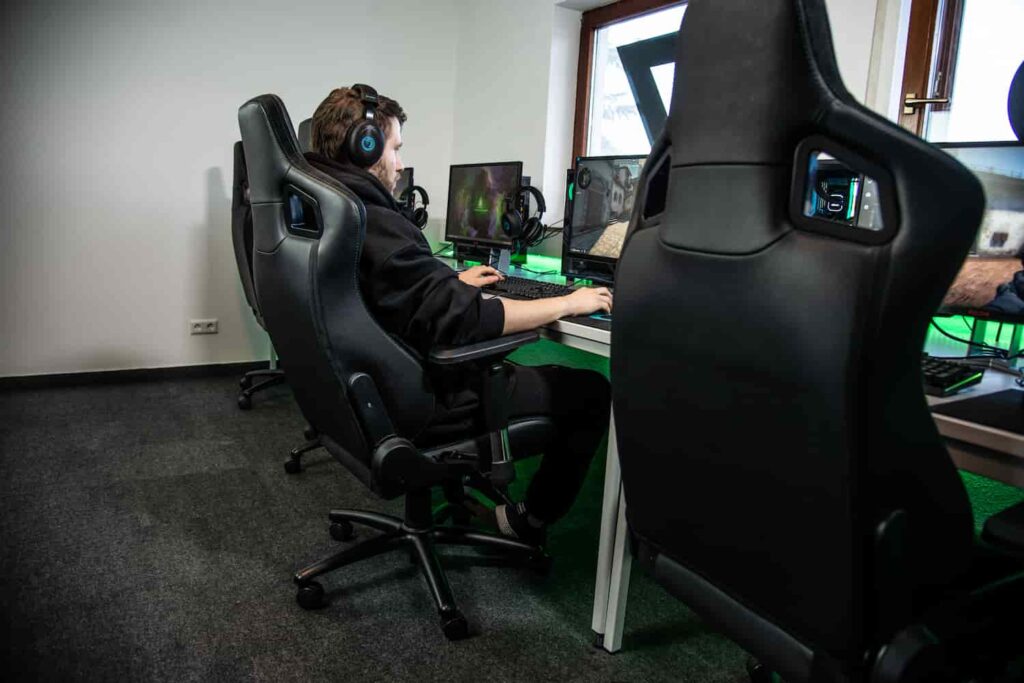