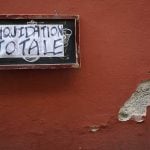 The game of whales (owners of large amounts of cryptocurrencies) can be dangerous and, in the last 48 hours, it has spawned…

The content Fantastic Sale: About $1.5 Billion Dollars in 48h first appeared in Cointimes .

The game of whales (owners of large amounts of cryptocurrencies) can be dangerous and, in the last 48 hours, it has caused a loss of nearly $1.5 billion for traders worldwide. A fantastic sale – in a bad way – for all those who decided to play it.

the game of whales

In derivatives, unlike the cash market, the investor is not buying or selling an asset he has in his portfolio, but simply placing a bet, using other people's assets (usually from the exchange/brokerage firm), on what the market's behavior will be .

He uses the assets of the house, often against itself. It is a very risky type of operation because it deals with values, most of the time, leveraged, but even more risky because it is betting against the big whales of the market that control all this internal information, asset flow and hold large capital that can be used to generate buyer or seller pressures according to their interest.

The maxim used in casinos is also valid in this market: “The house never loses”.

The concept of settlement may vary depending on the context and the author.

In the cryptocurrency market, the term is normally used to describe the phenomenon in which a trader's position in the derivatives market (usually operating on margin or futures) is closed by the exchange itself after reaching a total or partial loss limit. This limit can be defined by the exchange itself or by the trader's equity that is being used as collateral for leveraged transactions.

And fantastic, well… Fantastic because the numbers are really shocking.

In mid-November there was a massacre of settlements very close to the current one, with US$873.05 million settled in 24 hours, but this time it was even greater.

In the same record, in the first 12 hours of these 24 hours the losses were almost US$600 million !

As a comparative measure, so that you can understand the size of the loss, on January 7th there were losses of $536.48M , which is already an extremely high and devastating number for the market, but it was still lower than the first ones. 12:00 the day before.

On the second settlement day, 139,740 traders lost their bet against the market, resulting in 364,632 losers (equivalent to 12% of the entire population of Brasília).

To get an idea of the size of the losses, if we convert 1 billion in seconds that would be equivalent to about 32 years.

The fantastic sale value of these two days is equivalent to the value – in dollars – of the bitcoins purchased by Tesla last year .

In these two days, the champion of sales was the market leader Bitcoin (BTC) with a sum of $511.2M (~ 35% of the total) of losses, followed by Ethereum (ETH) with $394.97M (~ 27% ), being responsible for more than half of all the losses generated, thanks to its high trading volume and market capitalization over the others.

Moral of the story

The derivatives market can offer much greater gains – through leverage – than the spot market, and generate a temporary commitment to the asset through a bilateral contract that can even protect the trader in relation to liquidity (ability to transform the asset in cash).

But it also opens the door to bigger losses, often really devastating, especially when carried out by less experienced investors.

Furthermore, betting on futures creates a dependency on the institution (the “house”) where these contracts are being purchased and traded.

The investor needs the institution to remain honest and healthy in order to realize its profits, and there is little it can do if a serious problem happens halfway (before the contract expires).

How important is it to have the sovereignty of your investments?

Why You Should Keep Your Mouth Shut About Bitcoin

The content Fantastic Sale: About $1.5 Billion Dollars in 48h first appeared in Cointimes . 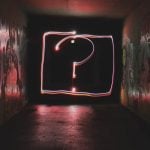 We've logged a number of unusual events related to Coinbase and Tether over the past few days and the purpose of this story...