The vehicle belonging to the family of missing child Cho Yoo-na. Photo: YONHAP

Cho Yoo-na, 10, and her parents were found dead in a car at the bottom of the waters off Wando Island in South Korea, according to police. Parents reportedly lost money to cryptocurrency Luna, which collapsed by 99.99%, and recently researched suicide on the internet. The body of an adult male believed to be the father of 36-year-old Cho was found in the driver’s seat, while two female bodies believed to be Cho’s and her 35-year-old mother were found in the back seats when the car arrived. was pulled out of the water around noon on Wednesday (29/06). According to local newspaper Korea Joongang Daily, which is linked to The New York Times, the family’s car had been found overturned 10 meters underwater on Tuesday afternoon at a location near the port of Songgok on Wando Island. The police discovered the place through the car’s radiator, which was on land. The family’s bodies will be sent for autopsies to be performed by South Korea’s National Science Police Service.

Korea Joongang Daily reported that Cho’s father, who owned a computer store, closed his business last year. In addition, a police search warrant for parents’ online activity, passed Wednesday, revealed some of the keywords frequently used by Cho’s parents in their online searches, including “moon coin“, “sleep remedies” and “ways to make an extreme choice” – a common Korean phrase for suicide. The discovery of the vehicle came nearly a month after Cho and her parents were last seen alive on TV and six days after her school in Gwangju filed a missing person report. Cho’s parents told the school that they would take her on a month-long trip to Jeju, a city in Korea, from May 19 to June 15. The school reported the case to the police on June 22 after Cho failed to return to school and they were unable to speak to Cho’s parents. The alleged trip that would take place before the family disappeared begins a few days after Luna lost more than 99% of its price, after the TerraUSD ecosystem stablecoin (UST) lost its parity with the dollar. 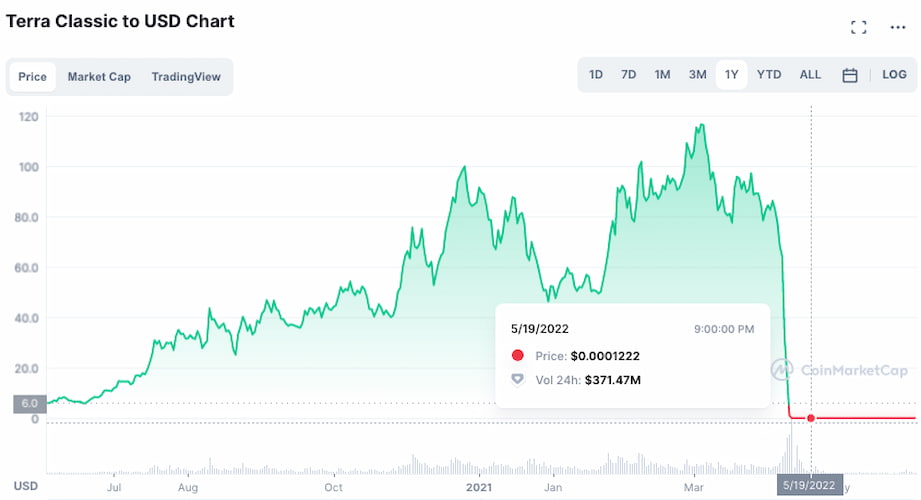 Earth Classic quotation (as Luna became known after the fork that generated a “new Luna coin”, which also devalued). Source: Coinmarketcap. The family was captured on closed circuit television (CCTV) footage filmed at 11pm in the hallway outside their vacation rental unit near Wando’s Myeongsasimni beach on May 30. In the footage, an unconscious young woman believed to be Cho is seen being carried out into the hallway on the back of a woman, believed to be her mother, while a man believed to be her father stands beside them holding a white plastic bag. Roadside CCTV cameras captured an Audi vehicle belonging to the family heading to the port of Songgok 9 minutes after they left their home. Signs of a cell phone belonging to Cho’s father were last captured by a nearby cell tower around 4am on May 31, leading police to consider the possibility that the family’s car had crashed into the sea. . Searching the waters around Wando hadn’t yielded any clues until the car’s radiator turned up in Songgok harbor. Despite suspected financial problems before they disappeared, investigators have yet to come to any conclusions about the case. Elementary school officials in Cho told JoongAng Ilbo on condition of anonymity that when police went to the family’s home, they found their mailbox filled with unpaid monthly condo fees, overdue utility notices and court letters. Another unknown in the family’s case is why they chose to stay in expensive accommodations despite their seemingly troubled financial circumstances. The owner of their vacation rental – commonly referred to as a “board house” in Korea – declined to comment on the family’s case, except to say they paid his bill for six nights. The total cost of the family’s stay in the rental unit, which cost 400,000 won (BRL 1,642) per night, was 2.4 million won (BRL 9,855).

Sun Jul 3 , 2022
According to data from Blockchain.comBitcoin miner revenue has halved in the last 30 days and is at 2020 levels. While miner revenue falls, hashrate (computing power) continues to rise. In the month of June, the miners had revenues of $668 million, 26.3% less in the monthhowever, compared to October 2021, […] 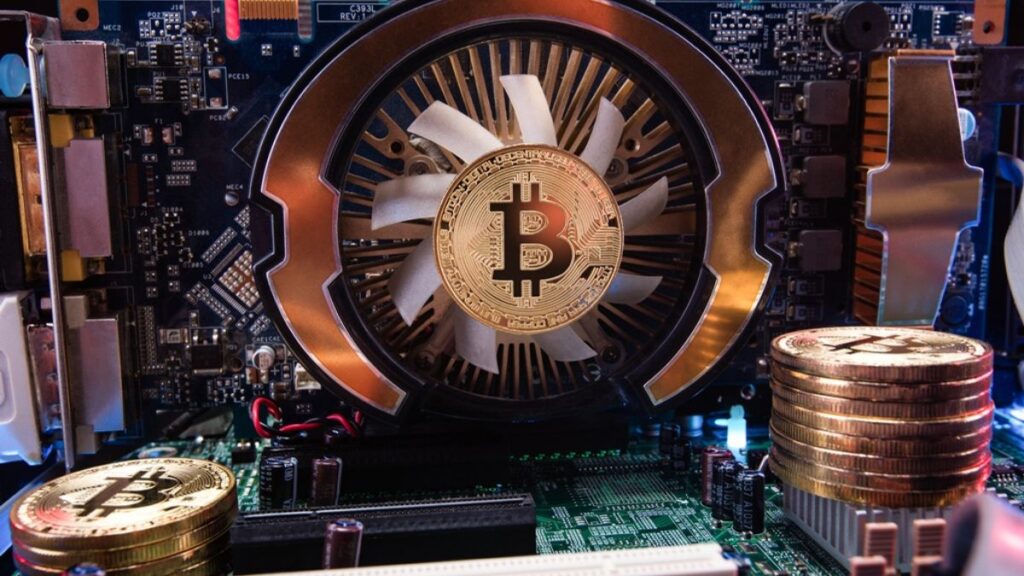