Since the beginning of the intensification of diplomatic conflicts between Ukraine, Russia and the USA, the global market has been demonstrating fear, uncertainty and doubt – FUD, on the possibility of military invasion – and Bitcoin also reflected this sentiment with a downward trend in prices that has been dragging on for a few weeks now.

A financial market expert – Eugene Ng (@Eug_Ng on twitter) – commented that in past diplomatic conflicts, the market showed a downward pattern during uncertainty about events, but found a price bottom on the day of the military invasion, or moments before. Reversing the movement with the beginning of the war.

Eugene has extensive experience in the financial market, having worked at the Dutch Bank – Deutsche Bank; Citi Bank; Barclays Bank and, more recently, on cryptocurrency exchange Gemini. He concludes his quick analysis in something like, “’Sell the staging, buy the raid’ as markets bottom just before the guns go off.” He used past examples where Bitcoin did not yet exist, or was starting its process of maturing as a financial asset, then made its analysis using other market indices.

This publication demonstrates the behavior of the Dow Jones – an important global market index – in reaction to other news of crisis and economic impact and the pattern seems to repeat itself. 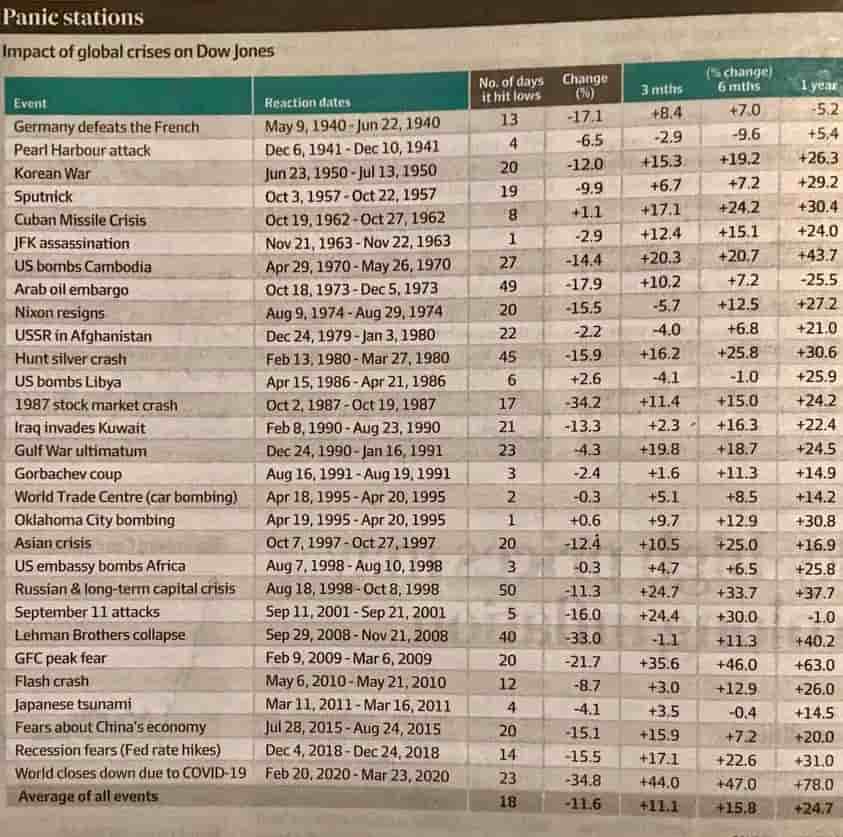 There is a start of price decline a few days before the news (perhaps indicating privileged information by some whales in the market) and a moment that varies between 10-30 days of FUD (fear, uncertainty and doubt) with a sharper drop after the news as the market digests the information. But this FUD period, in most cases, ended up marking the bottom of the price chart, followed by a trend reversal and leading price back to previous values, or even surpassing past marks, in a new uptrend. Here at Thegarret we collect some data about the price movement of the Bitcoin (BTC) in the last three crisis events that affected the Dow Jones and in all cases the pattern repeated itself to a greater or lesser extent.

FUD on the Chinese economy 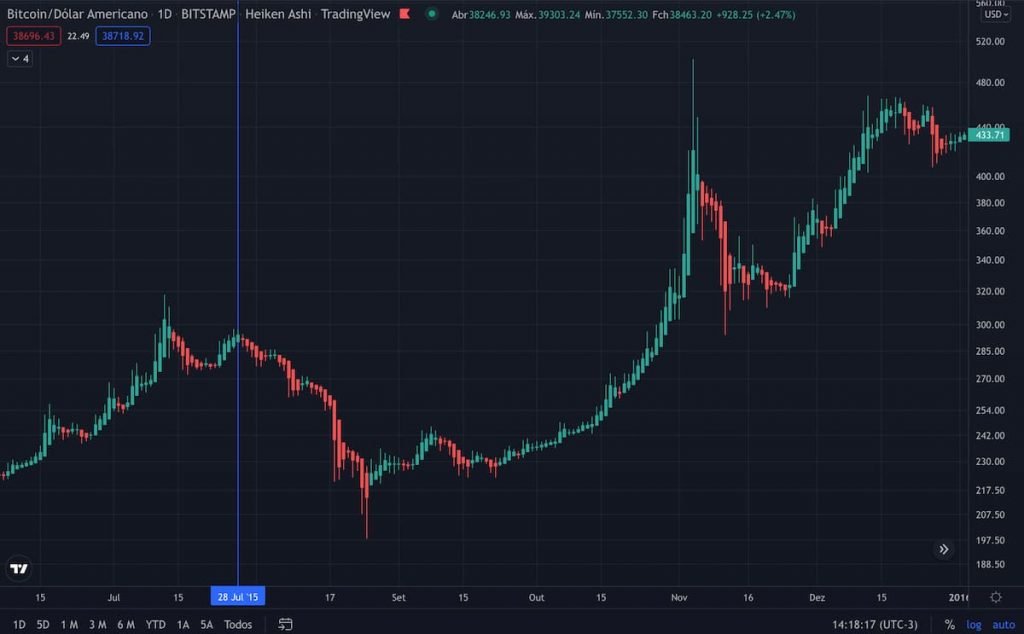 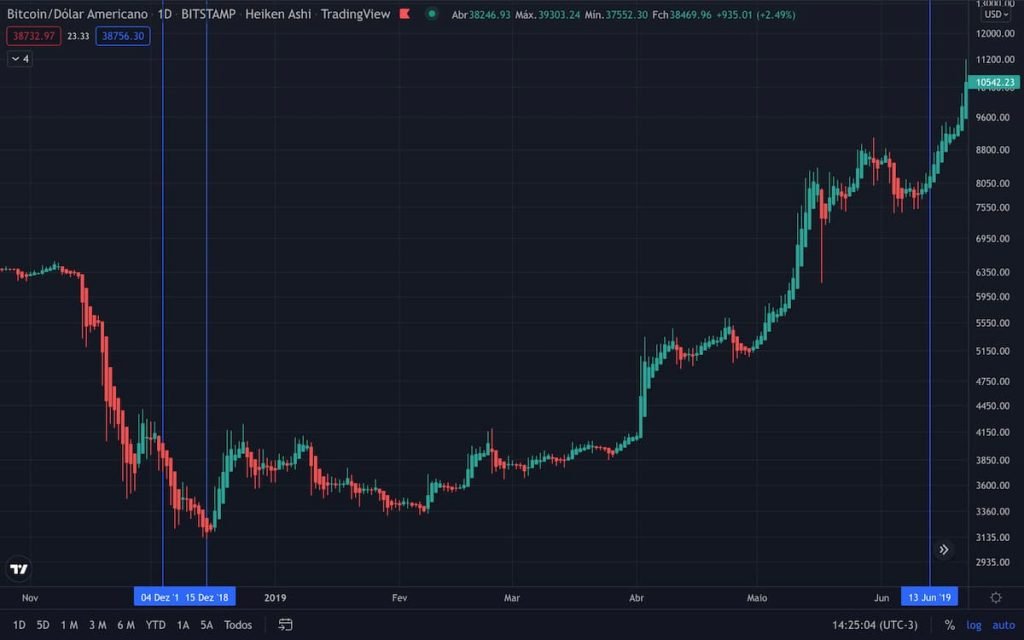 Beginning of the Covid-19 pandemic 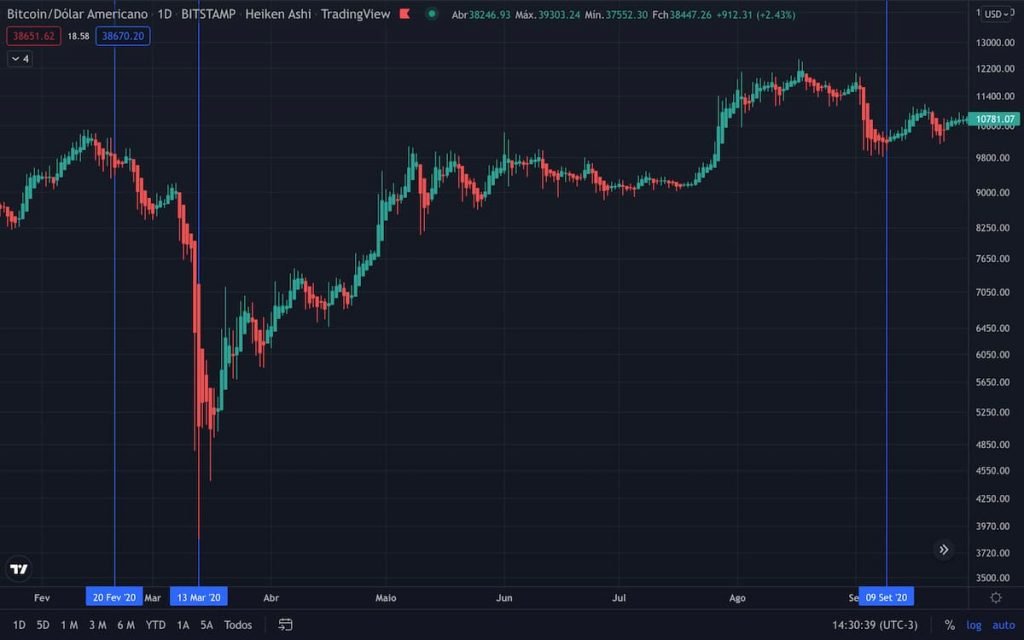 Source: BTC/USD Heiken-Ashi 1D – Trading ViewCurrently BTC is trading for approx. US$ 38,000which is equivalent to an increase of approximately 1,000% about the March 2020 FUD drop two years later.

Events are easier to date when looked at in the past, so it is difficult to pinpoint a chronological point in events involving Russia, Ukraine and the United States, but so far we had only a little evidence and a lot of rumors about a possible invasion. In February, the Russian army simulated a retreat, at the same time expelling the US ambassador from his country, and then President Putin gave a speech in which he confirmed the military invasion of the neighboring country, under the pretext of a “ peace mission”.

On this same day BTC was being traded by US$ 43,554 and has so far reached a bottom in US$ 36,368.99with -16.50% devaluation in five days. We still have no way of knowing if this will be the bottom and if it was hit during the invasion news, as has happened so many times in the past, but the pattern has been confirmed a few times and the military invasion could indeed be an indication that, if it has not yet arrived, the moment of reversal is very close.

Wars are bad for the economy

All this analysis does not mean that wars and crises are good for the economy. On the contrary. These events are usually catastrophic at an economic level and it is often future generations who will pay the price for the exaggerations and abuses caused in the past mainly through inflation. pricing of these events and the big players – the whales – take advantage of the moments of fear, uncertainty and doubt (FUD) to buy during the exaggerated fall.Read more:As geopolitical risks rise, gold is better than Bitcoin as a store of valueUkraine legalizes Bitcoin and could become a strong support node for the entire networkRisk of war in Ukraine shows Bitcoin’s strength, says CEO of major financial institutionBolsonaro, Russia, Ukraine, fertilizers and cryptocurrencies NovaDAX is completing three years! One of the largest cryptocurrency exchanges in Brazil turns three in November and you win! There will be up to 30 currencies with zero fee for transactions and more than 80 currencies listed, with cash available on the spot and high liquidity. Cryptocurrencies with the best rates on the market! Simply activate the free Novawards program and enjoy reduced rates of up to 75%. Discover the NovaDAX Card and order yours now.

CoinEx offers you top-tier products for a highly competitive market

Wed Feb 23 , 2022
When choosing the best cryptocurrency exchange there are many aspects to take into account, that is why today we bring you the one that in our opinion is one of the most comprehensive digital asset exchanges today coming to offer a wide variety of tools and products to improve the […] 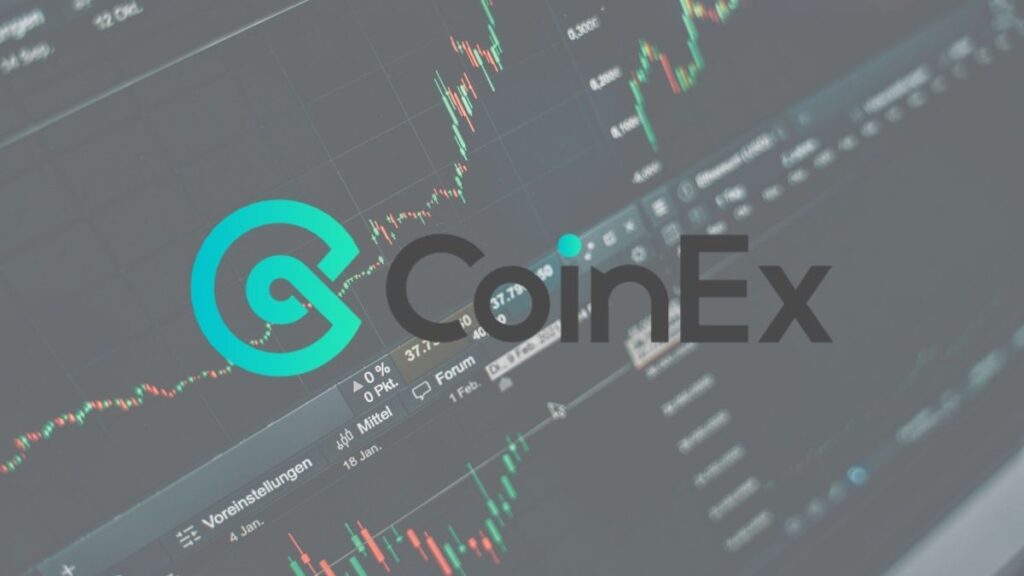