European electronics retailer MediaMarkt is investigating a Hive ransomware attack carried out last Sunday (7). Criminals demanded a multi-million dollar payout in bitcoin (BTC). Apparently, the group encrypted and blocked several of the retailer's essential services, including its ability to accept credit cards and accept returns at some stores. Online sales […]

Apparently, the group encrypted and blocked several of the retailer's essential services, including its ability to accept credit cards and accept returns at some stores. Online sales were not affected.

The attackers demanded $240 million to release the encrypted data, according to the website Bleeping Computer , but the payment was quickly reduced.

Local articles indicate demand is close to $50 million after MediaMarkt began negotiating with the attackers. As far as is known, hackers demanded that this amount be paid in bitcoin.

When an entity is targeted by a ransomware attack, many important files and documents are blocked. Attackers then demand a sum of money to release these files.

With over 1,000 stores across Europe and revenue of nearly $25 billion a year , MediaMarkt is Europe's largest and most profitable electronics retailer.

The Rise of Ransomware

Along with the meteoric rise in cryptocurrency prices this year, ransomware attacks have also increased in terms of frequency and damage.

According to blockchain data company Chainalysis , as of May this year, the total number of crypto stolen via ransomware attacks had reached US$81 million.

Perhaps the most notable attack in recent years has been the hack of the American Colonial Pipeline .

In May of this year, the huge pipeline system, responsible for serving the Southeast of the United States, was forced to suspend its activities due to a ransomware attack.

As a result, many states in the region suffered from fuel shortages until the company was able to return to normal.

In the US, the Department of Justice (DOJ) has equated ransomware threats on par with terrorist attacks.

The US government has also established a specific task force to monitor these threats as they arise. This week, the US Treasury added Chatex brokerage to its list of sanctions for facilitating ransomware payments.

There are several groups that carry out the attacks, as Hive, the invaders of MediaMarkt, are just one among countless groups of hackers.

*Translated and edited by Daniela Pereira do Nascimento with permission from Decrypt . co .

Bitcoin market changes “birth certificate”, back to the future?

The Bitcoin Market is one of the best known cryptocurrency brokers among Brazilians and is currently among the 3... 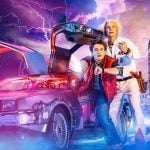