The Ethereum community has positioned the smart contracts platform very well over time: from computer world, creator of ICOs and cryptoactives, to the newest meme that intends to directly attack bitcoin, “Ultra Sound Money”. yesterday (05), the Ethereum community not only created an open monetary policy for possible deflation, but also carried out a change of position much more profound than we could imagine.

Changing the narrative is common in the cryptocurrency market. From ICOs that didn't work out and had to pivot, to the most important project on the market, systems evolve, and those who are left behind in the war of narratives end up losing market share. Let's see the bitcoin case? The main existing cryptocurrency was released under the title “Bitcoin: The Peer-to-Peer Electronic Cash System”, highlighting the “cash”, referring to money. For a long time, the community wished that bitcoin would replace the dollar as currency, a true revolution in digital payments. But, over the years and the advances of the crypto market, the narrative has adapted to a “digital gold”, instead of a system of payments and digital money. Not that the latter isn't a great option either, it's just the main focus that has changed.Bitcoin narratives over time: E-money proof of concept, cheap payments network, shared and programmable database, anonymous darknet currency, reserve currency for cryptocurrencies. Today, big community idols like Michael Saylor defend the dollar as the world currency and bitcoin as the new digital gold. Who would say! Samson Mow, director of Blockstream, states at all costs that "(Bitcoin) is a horrible payment system." The narrative has also just changed on Ethereum with the upgrade “London Hard Fork”, which happened on 08/05/21: from world computer to digital money with “amazing features” or “ultra sound money”. The expression “sound money” ” comes from the noise of gold coins, which diverge from paper and debt securities. This comparison is intended to say that it is money that “sounds good”, and more valuable than just papers and bonds. The bitcoin community has adopted the idea of ​​“sound money” to refer to the scarcity of cryptoactive and the characteristics of the BTC protocol, such as the limit of 21 million coins, decreasing issuance and decentralization. So, starting from the meme originated in gold, the Ethereum community adopted the idea of ​​“ultra sound money”.

Just as Paulo Guedes, Minister of Economy, makes impressive statements and says that Brazil has advanced on the economic agenda, while the country is going through one of its worst crises, with a lack of economic plan and mass unemployment, so is the cryptoactive market it has its “Paulo Guedes”. The first narrative to Paulo Guedes is that of Tether, a stablecoin that does not have a 1:1 backing for the dollar, but that the market swallows the lie and continues to pretend stability. In September 2017, Electrum developer Thomas Voegtlin was asked when Bitcoin Lightning should be ready for widespread use, the answer was: “in 18 months”. Four years later, Lightning Network, which was supposed to solve the problems of bitcoin as a payment layer, still has low adoption (currently no Brazilian brokerage company uses the technology). LN is like Paulo Guedes' administrative reform, which is always coming and it never really comes. I'm not rooting against LN, but the level of adoption is really disappointing. Ethereum, for its part, wants to be the ultra sound money, but its economic policy is uncertain, and even the blockchain is inconsistent. In 2016, the ETH blockchain went back in time to fix a hack of The DAO project, totally going against the idea of ​​a solid money and blockchain. da Esquina' went bankrupt. However, apparently what matters is the narrative, not the facts. LN is bitcoin's panacea, tether is traders' stability, and ether is ultra sound money. While the true “sound money” digital (BTC) performs an increase of 245% in the last 12 months, the ETH rises 588%.Eth price history (ETH). Source: Coingolive. The narrative is really very important, but it remains to be seen whether the market will buy the “ultra sound money”.

Cryptocurrency has been destroyed with successive 51% attacks

Sun Aug 8 , 2021
Successive 51% attacks on the Bitcoin SV (BSV) network have been destroying the cryptocurrency. Yesterday morning, as a result of a cyberattack onslaught the day before, the system was compromised again, drawing the attention of the community and exchanges. "FARUM identified a 51% attack today on the BSV network around […] 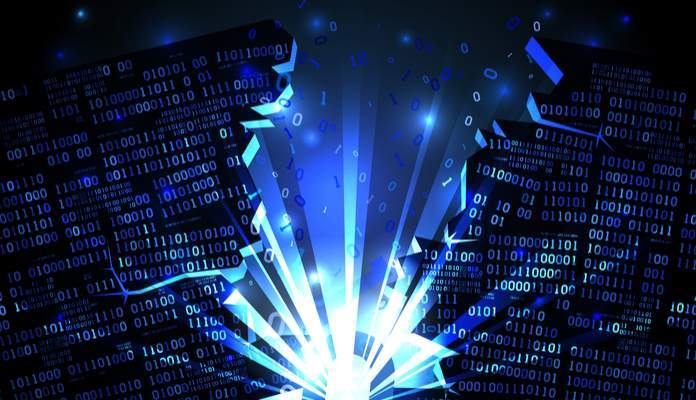