About 200 oil and gas entrepreneurs and bitcoin miners gathered last week in Texas to discuss the use of natural gas waste in bitcoin mining. According to CNBC, the private meeting took place at a warehouse in Houston, with the participation of mostly young up-and-coming executives from several US states, Australia and the United Kingdom. “They weren't magnates,” says the report. They were young people hungry to progress and make a name for themselves betting on bitcoin mining. The environment, CNBC described it this way: “The noise was big on Wednesday night. You had to scream to be heard. And no one in the room mentioned any cryptocurrencies other than bitcoin. There was also an unmistakable air of stealth—and FOMO. People who attended the event, at least in part, went because they didn't want to be left behind." In addition to discussing the use of natural gas, usually burned for control, the group also debated political influence to educate lawmakers. One participant even cited the mobilization of the bitcoin community “of 45 million people” that stopped the bill that threatened the cryptocurrency industry. However, the meeting may have been the beginning of a partnership where both sectors win. On the one hand, miners who need energy to run their mining companies, and on the other, companies so far do not generate revenue from wasted gas.

Focus on mining companies that have left China

Texas oil tanker Hayden Griffin Haby III, who has been exploring the oil and gas industry for 14 years, has remained exclusively focused on bitcoin mining for the past nine months, which shows that “the two worlds are colliding,” CNBC commented. Haby said he was "caught" by the "orange pill" — a reference to Bitcoin — in November 2020. A month later, the text says, he co-founded a company that powers bitcoin mining platforms. “When I heard you could make money instead of just burning it in the atmosphere, thanks to the whole 'bitcoin mining thing', I couldn't look away. You can't let it go unnoticed,” Haby said at the meeting, according to the newspaper. He suggested keeping an eye out for miners trying to migrate from China, which he called "Chexit", a combination of words that form 'exit from China'. “This is an opportunity we didn't think would come,” he said.

"If you build it, they will come"

For Haby, such demand is already coming to Texas, and he says he's convinced the state is about to capture most of the Chinese bitcoin hashrate, wrapped up in a new home in a friendlier region. And he was excited to the point of quoting a line from the film Field of Dreams, made by Ray, a farmer played by Kevin Costner. “If you build it, they will come,” quoted Haby, adding, “This is Texas, folks. We have what you need, so come. We are located in the energy capital of the world”. Of the meeting, Parker Lewis, one of the bitcoin ambassadors in Texas and one of Twitter's prominent on the subject, told CNBC: “I just knew that Houston would be the right place to start this energy connection with mining — if we organized a good meeting. It's also critical for Texas to be the bitcoin capital of the world.” On his Twitter account, bitcoiner Anthony Pompliano he said: “The collision of bitcoin miners and energy executives is just beginning. Financial incentives will completely change the oil and gas industry while having a positive impact on the environment.”

Swedbank tracks new stock market highs - the shares to own going forward: "May get extra swing" 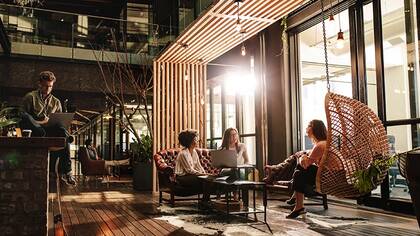