The project called RadioDoge aims to create a more accessible network and allow offline transactions of Dogecoin. To allow the participation of people without an internet connection, Elon Musk’s Starlink technology will be used.

Dogecoin’s community and developers seem dedicated to creating creative, useful and efficient solutions for the DOGE ecosystem. With a special focus on the efforts of the Dogecoin Foundation. Recently, a new implementation of the dogecoin protocol was announced in a more accessible language, called Libdogecoin, with a library in C. The implementation is running in a testnet environment, but it was already possible to create valid DOGE addresses and carry out transactions through it. new use of the protocol, which can be used for several other more accessible functions, if successful. Among the foundation’s various plans is the integration of the new node with Starlink’s technology, developed by Elon Musk’s team. 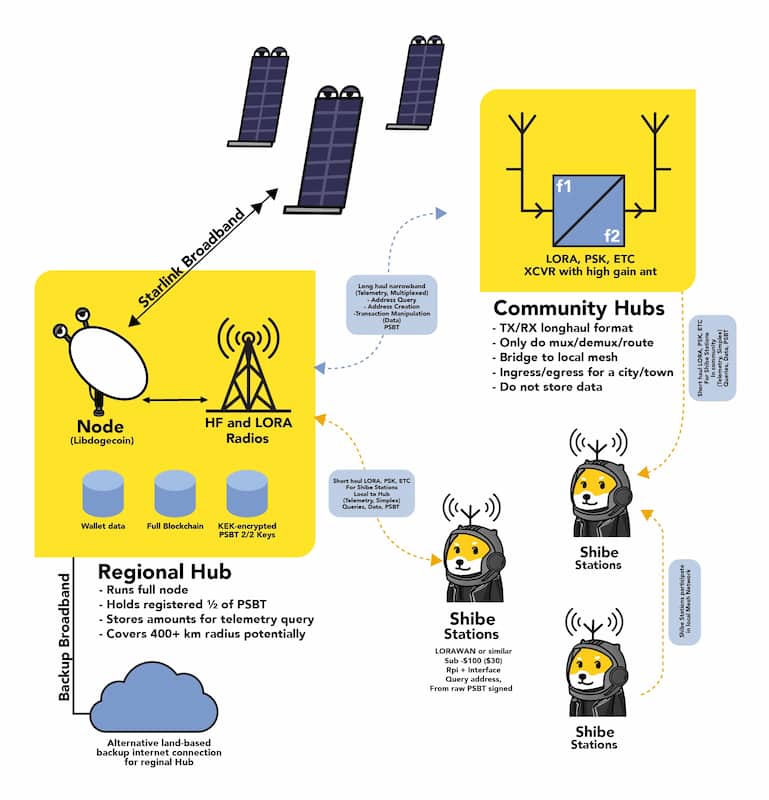 According to the infographic released by the Dogecoin Foundation, RadioDoge’s implementation for offline dogecoin transactions will take place more or less as follows: A local server, with a node implementation in Libdogecoin, will communicate with Starlink satellites, allowing global pairing with the rest of the network. This server must have a full node and the full DOGE blockchain record. The local server must connect with a community server via long-range (LoRa) and high-frequency (HF) radio waves. These community hubs , which allow cities to enter and egress on the network, will connect with Shibe Stations, which appear to reference private user addresses and wallets. These Shibe Stations, in turn, connect back to regional hubs, which relay information for starlink satellites and for the “internet”. With this new design, only the regional hubs need Starlink’s internet connection and can be positioned in strategic locations to achieve the best possible connection. Community hubs – in cities and towns without internet access – will be able to communicate over simple radio waves and offer peering for users who will be able to transact on Dogecoin even without a direct broadband connection. Cryptocurrencies aim to solve several problems, but the lack of internet is still a bug that harms the accessibility of some users. The implementation of this technology could meet a growing demand that is still receiving little attention from the mainstream market.

Michi has a way of understating her work: This weekend at her radio tower (could be a tall tree on a hill, doesn’t need to be a tower she assures me!), the first regional hub connecting LoRa/HF radio ‘shib -stations (libdogecoin)’ to Starlink backhaul. 400+ mile radius. #radioDoge https://t.co/Kvp0AjVnjk pic.twitter.com/jaHivY5DMT— Timothy Stebbing (@tjstebbing) April 11, 2022

Here's why it's the best time to stock Shiba Inu (SHIB)

Thu Apr 14 , 2022
Since the beginning of the week, the cryptocurrency market it has underperformed Bitcoin, which had fallen sharply below the $40,000 level. However, most cryptocurrencies have performed well in the last 24 hours and even the flagship coin has regained its $40,000 range. However, the native token of Shiba Inu, SHIBis […] 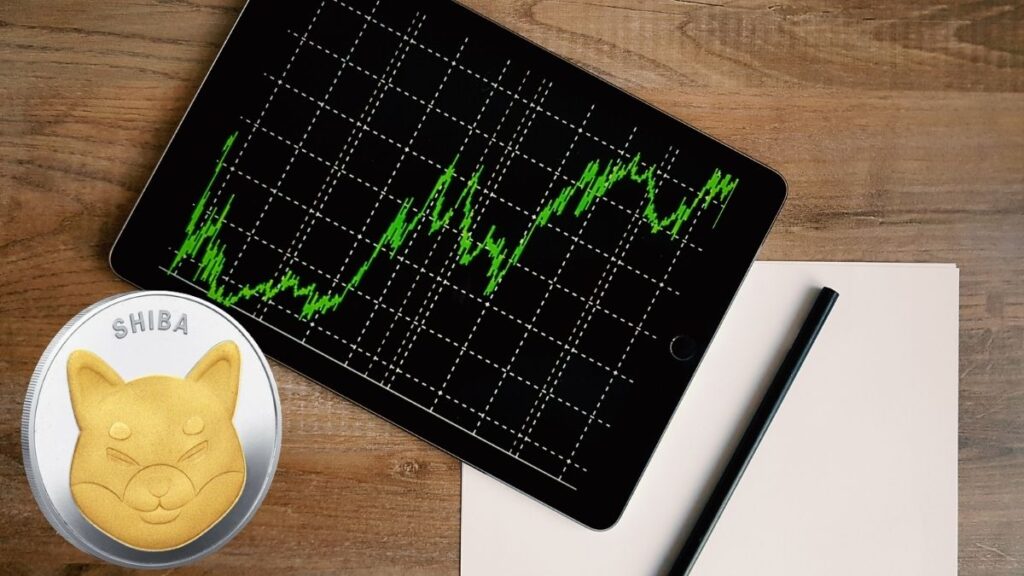