Certainly rich parents make a difference in someone's life, now imagine having the richest father in the world. The famous baby with the unpronounceable name X Æ A-Xii, son of Elon Musk with the singer Grimes, profited 457% from a meme cryptocurrency 2 months. Meanwhile, our president Jair Bolsonaro is suffering losses of approximately 78% with a portfolio concentrated in Oi shares (OIBR3 and OIBR4), as shown by public TSE data.

Named by TIME magazine as one of the 100 most influential people in the world, Bolsonaro has already made Petrobras lose R $ 100 billion in market value after nominating General Silva and Luna for the presidency of the public company. it made Tesla drop more than 9% after tweeting that its shares seemed too high in its opinion.

But Musk has a much greater influence when it comes to markets with smaller volumes, such as Dogecoin. In July 2020, a tweet from the billionaire made DOGE earn $ 40 million in market value in just 3 minutes.

Probably for this reason, in February of this year, Musk bought dogecoins for his son, nicknamed lil X. And the result is impressive.

Bought some Dogecoin for lil X, so he can be a toddler hodler— Elon Musk (@elonmusk) February 10, 2022

With memetic support from other celebrities, dogecoin rose in both dollar and bitcoin, making X earn more than bitcoiners in this period.Dogecoin has gone from 7 to 39 cents since buying X. An increase of approximately 457%. Source: CoinMarketCap. We don't know how much was nominally earned, but a 457% rise would turn $ 1,000 in $ 5,570 or $ 50,000 in $ 278,500. When your father is the richest man in the world, your allowance can go up to the moon (or even Mars). Just as a comparison, Bolsonaro's portfolio falls by about 78% consisting only of Oi shares. The rest of his investments are in fixed income and savings, increasingly losing value in the international market. This was Bolsonaro's investment portfolio, according to his details of assets in the TSE.R $ 486,943.87 in savings, R $ 85,070.23 in fixed income from Banco do Brasil and R $ 1,282.84 in Brazilian shares. For long periods, its stock portfolio has already lost more than 92%, but the recent 2022 appreciation has mitigated its losses. As we showed in the article “OIBR, the history and graphics of a disaster”, the history of the telephone company Oi is quite troubled. Do we really enter the era of meme investments? Leave your opinion in the comments below.

Gold has an advantage over Bitcoin, says analyst Max Keizer

Tue Apr 20 , 2021
Long-time Bitcoin enthusiast Max Keizer says gold has a unique advantage over the world's leading market capitalizer. In a recent interview with Daniela Cambone of Stansberry Research, the Wall Street veteran admits that, despite being a supporter of Bitcoin, gold is superior to Bitcoin in the aspect of being a […] 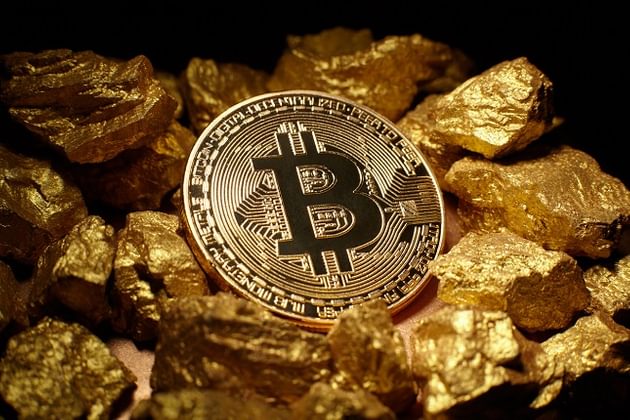