One of the biggest difficulties in finance is asserting the economic value of a digital asset, such as memecoin. Over the course of 2021, this virtual currency has skyrocketed in growth in value, popularity and variety. With that in mind, many people have bet on this new cryptocurrency. Some even managed to build a good heritage. The first meme coin (Dogecoin) was launched in 2013 and it didn’t take long to become successful. After her, countless others appeared on the market, also gaining a lot of popularity. According to experts, this appreciation is due, in part, to the influence of celebrities and social media.

The first memecoin on the market, Dogecoin was developed from an open source blockchain, released on December 6, 2013. Its creators were programmers Billy Markus and Jackson Palmer. The concept of creating the currency came about as a joke; its main reference is a meme composed of a dog of the Shiba Inu breed. As with any other meme currency, DOGE has value attributed only to the size of its adoption.

Understand how it works

DOGE works similarly to major cryptocurrencies. In addition to being built on open source — allowing free access to anyone — it is a decentralized currency. This means that your blockchain is available on multiple computers. It also offers P2P (Peer-to-Peer) operation and does not require a central authority to confirm transactions. In the case of mining, Dogecoin can be mined with the same tools aimed at mining LTC (Litecoin). This is one of the biggest cryptocurrencies on the market, which shares the same algorithm with DOGE.

Know the rates and market value

In early 2021, the DOGE could be traded for half a cent on the dollar. However, it was overvalued in May of the same year and cost US$0.73. Virtual currency is currently priced at $0.24 — $1.24 in the most recent conversion. Even with the evident drop, it still showed an accumulated appreciation of 4,700% until the end of 2021. One of the main responsible for this growth was the CEO of Tesla, Elon Musk. The billionaire businessman announced on his Twitter account that he supported the coin, which made it jump 50% in value. This came shortly after Tesla bought $1.5 billion worth of Bitcoins, ushering in the company’s stake in the cryptocurrency business.

What are the most valuable memecoins on the market?

Despite being involved in a number of particularities, memecoins gain popularity every day. There are even some with high market capitalization. In addition to the aforementioned DOGE, there are also other meme coins that are highly valued, both by the community and the financial sector. See below the altcoins with the highest market cap.

Launched in May 2021, Crypto Doggies is yet another highly renowned dog-themed project. The coin is part of the BEP-20 BSC network and has been showing numerous reasons for its high market value. One is that there is a good use for DOGGY. Its holders can create NFTs (Non-Fungible Tokens) with the currency, in addition to purchasing a Crypto Doggy NFT. You can also use it in NFT auctions, like KodaRobotDog NFT:

Launched in Q2 2021, Tiger King Crypto Coin is built on the Ethereum network. Its developers claim that TKING is the official currency of Netflix’s Tiger King series, which introduced the underworld of tiger farming in the US. The creators of memecoin seek to explore the image of the condemned Joe Exotic, the main character of the series:

SafeMoon was launched in early 2021. In addition to memecoin, its community is involved in the development of an encrypted gaming platform, titled SMI Play. The project is entirely community-focused and aims to discourage day trading. For this, greater rewards are offered to long-term holders:

Shortly after the LTC fork in 2013, there was the emergence of the MonaCoin memecoin. Its logo shows a Japanese cat, referencing a popular meme in Japan:

This meme coin is a great example of a deflationary cryptocurrency. Run on the Ethereum blockchain, Hoge Finance uses smart contracts to embed special tokens in each transaction:

This memecoin emerged as a virtual joke that references Elon Musk, Dogecoin and the planet Mars. According to the cryptocurrency’s official page, it was launched as an “interplanetary currency”, anticipating the arrival of the first colonists on Mars:

It is a memecoin that runs on the SOL (Solana) platform. Your project aims to become a Solana ambassador, as well as assist in the onboarding of new members. Its name was inspired by a European dog breed:

Already mentioned here, memecoin DOGE appeared in 2013 and has a technology derived from Litecoin. Its logo is an image of a Shiba Inu dog, in honor of the popular viral meme:

Dubbed the “Dogecoin Killer”, the Shiba Inu memecoin was released in 2020 and also has the image of the dog of the same breed in its logo. Its nickname is due to the fact that its creators developed the coin so that it surpasses the popularity of the DOGE:

As soon as the first memecoin hit the market, countless others followed, hoping to see the same success. Likewise, many investors bet on the novelty with the aim of achieving high profits in a short time. However, it is always worth emphasizing the importance of carrying out good research before making an investment, especially with meme coins. The high volatility of memecoins is an important point to analyze. Want to know other crypto investment options?
Access the Bitcoin Market website and learn about the crypto-economy universe.

Sat May 28 , 2022
The Green Party goes to the polls to build the green people’s home. A slogan the former S-leader Göran Persson first used in 1996. It meets with criticism in the party.Published: 28 May 2022, 15:07Another slogan MP reuses to this year’s election is “Everyone should join”. Something that the Social […] 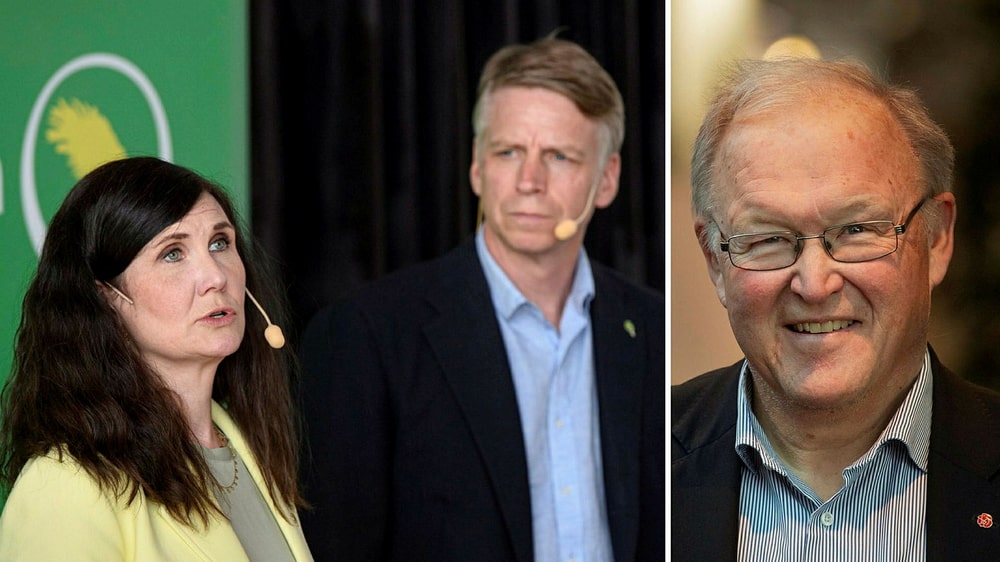