Glauber Contessoto, the ProTheDoge. Reproduction/Instagram.Glauber, the Brazilian who ended up in The New York Times after becoming a millionaire with Dogecoin, lost that title for 24 hours with the drastic fall of the cryptocurrency on Tuesday (23). According to CoinGoLive, the currency plummeted 32, 01% in 7 days, today remained quoted at US$ 0.21 and accumulates 28.5 billion in market capitalization. But this detail does not shake Glauber's confidence, who will only sell 10% of his fortune in DOGE next year.

Glauber Contessoto, 33, used $220,000 to buy just over 5 million of Dogecoin on February 5, worth $0.045. In just two months, the meme currency took off and on April 15th, he made the cover of the business section of The New York Times for becoming DOGE's first millionaire. The Brazilian who lives in Los Angeles and works as a music producer , started investing in 2019 when he discovered the Robinhood app. At the time, he managed to make the money saved double by investing in shares of companies like Tesla and Uber. Cryptocurrencies didn't enter Glauber's radar until early 2022. After the GameStop stock boom, he created an account on Reddit to find out new investments and that's how he arrived at Dogecoin. When Dogecoin went down on April 22, Contessoto stopped being a millionaire for a day. In any case, he held his ground and when the cryptocurrency hit an all-time high of $0.73 on May 8th, his fortune reached $2.9 million. He hasn't converted any Dogecoin into dollars so far, and will only take 10% of the fortune a year from now. In order for the Brazilian to regain his millionaire status in dollars, Dogecoin will need to reach US$ 0.25 again. The investor's faith in the cryptocurrency considered a shitcoin by many experts, has made him become a person admired by the DOGE community and accumulate thousands of followers on social networks.According to Glauber, he will only spend his Dogecoins now if he were to buy a Tesla. "When the message comes out from Elon Musk saying he's going to sell the cars for Dogecoin, I'll be first in line."

Source: Tradingview.comDogecoin started the year at $0.004, but the price quickly rose to $0.74, guaranteeing asset holders an astonishing 18500% return. However, as is common in the crypto market, in one month, the price it has plummeted by more than 70% and is currently trading at 18 cents, according to CoinGoLive. Dogecoin's rise earlier this year was fueled by the hype and support of Tesla's billionaire and CEO. Musk, who is considered by many to be a thought leader in technology, expressed admiration for the cryptocurrency meme with its 57 million followers. This was the catalyst for the 2022 Dogecoin craze that followed. The coin was also endorsed by musician Gene Simmons, rapper SnoopDogg, and hundreds of social media influencers, further boosting its popularity among novice investors. Amidst this growing traction, WallStreetBets, a well-known subreddit dedicated to investors , joined the Dogecoin movement. This prompted a mass-pumping campaign, a collaborative effort to drive up Dogecoin's price in a manner similar to GameStop's (NYSE: GME) orchestrated stock rally earlier this year.Read more:

Tamagotchis? They are back on blockchain, meet Aavegotchi

Thu Jun 24 , 2021
Those who lived in the 90s may remember the famous Tamagotchis, now they are back in another format and in blockchain. The tamagotchi was a kind of virtual animal that you should take care of to keep it alive, feeding, giving care, water, almost like a real animal. Toys became […] 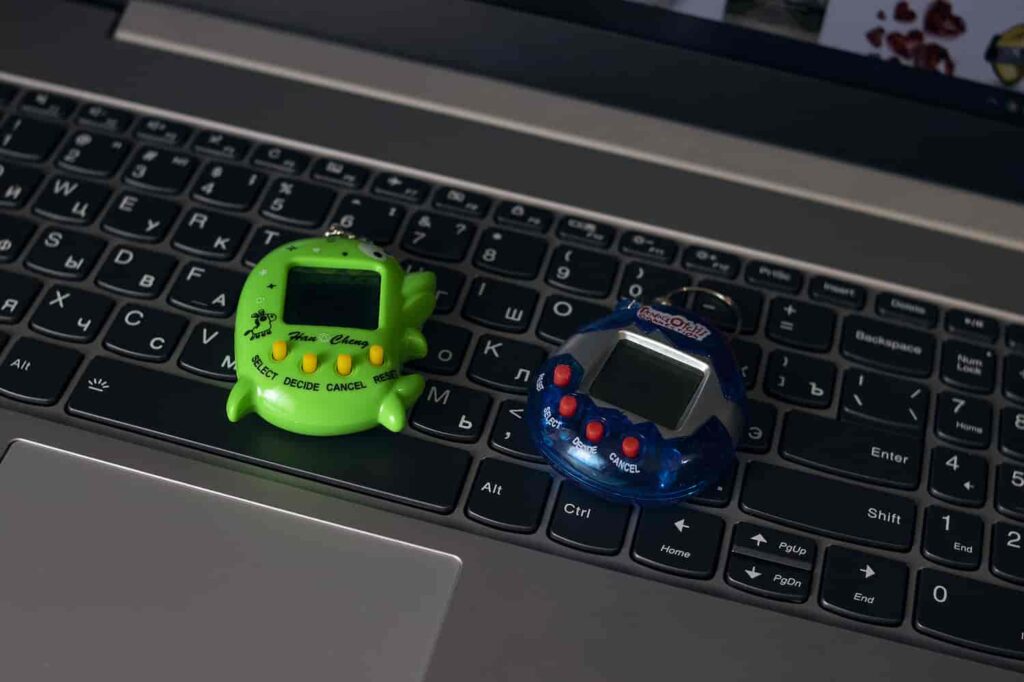