The week has been very positive for metaverse cryptocurrencies, which saw their prices skyrocket after Facebook changed its name to “Meta” in an attempt to put a new face on the controversial company. Indirectly, Facebook's plan to “bring the metaverse to life” helped […]

The week has been very positive for metaverse cryptocurrencies, which saw their prices skyrocket after Facebook changed its name to “Meta” in an attempt to put a new face on the controversial company.

Indirectly, Facebook's plan to “bring the metaverse to life” helped Decentraland (MANA) to value just over 250% in the week, according to CoinMarketCap .

MANA is the native cryptocurrency of the game Decentraland, a virtual reality platform built on the Ethereum blockchain that allows users to build on virtual land in NFT format and later trade it on the global market.

The game was created in Argentina in 2015, but was released to the public only last year. The MANA cryptocurrency has been around for a few years, but for the most part kept its price below $1. In May, the asset reached an all-time high of $1.56, which was soon surpassed by last week's extraordinary performance. .

What is the metaverse?

Facebook's (now Meta) announcement on Thursday was a clear sign that the company wants to establish itself as one of the main developers of the metaverse, but the 'metaverse' itself is not a Facebook invention.

The metaverse describes a new incarnation of the internet, where the two-dimensional surfaces of today's web have been replaced by immersive 3D virtual reality environments.

The metaverse proposed by Facebook in its opening speech will be a place for social interaction and commerce. Virtual environments can include meeting or exercise rooms. Recreation can take the form of online 3D shopping, games or live music events.

Considering that the crypto community has pioneered the insertion of fungible and non-fungible digital assets in 3D open world contexts, as projects such as Decentraland and The Sandbox do today, it is natural to assume that cryptocurrencies will play a big role in the metaverse going forward .

Facebook's own presentation recognized the role NFTs will play in their metaverse designs.

However, John Carmack, the CTO of Oculus, a Facebook affiliate focused on virtual reality hardware, clarified in a speech on YouTube that the incorporation of cryptocurrency into Facebook's metaverse will likely be limited.

The crypto community generally understands the metaverse as a collective of online protocols that are all interoperable, with the blockchain being the technology that makes it all possible. Some think that Facebook's attempt to create the metaverse by itself is at odds with this view.

Still, investors have been betting big on the metaverse since Thursday's announcement. Whether Meta embraces the crypto world or not is beside the point. The point is that metaverse is now a buzzword, which means that cryptocurrencies will certainly play a role in one way or another in the future of the tech world.

Nubank will airdrop BRL 200 million in BDRs for clients

In a new Nubank action announced today (1/11), fintech intends to distribute around R$ 200 million in BDRs to... 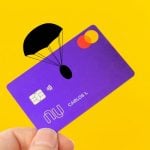