Of the five candidates who are predicted to take over from Prime Minister and party leader Stefan Löfven, Minister of Finance Magdalena Andersson is in the best position. But they are all part of a policy that has failed. Jan Emanuel Johansson (S) writes that he also announced that he would answer yes if he was asked to take over from Stefan Löfven.If you continue do what you did before, you will also continue to get about the same results. The statement is applicable to politics. If you are dissatisfied with the outcome of the policy, you must change the policy. On January 27, 2012, Stefan Löfven was elected party leader of the Social Democrats. He has been Sweden's Prime Minister since October 3, 2014. If you think that the political development since then has been good, you should change as little as possible. Stefan Löfven is now resigning as party leader. Of the five top candidates that stand out are all the current ministers in Stefan Löfven's current government. The person closest to being elected is Minister of Finance Magdalena Andersson. One of Stefan Löfven's closest ones. One who in wet and dry stood up for the policy pursued and who is responsible for the outcome of the policy pursued. If she becomes prime minister, the difference will be that the same policy, the same 73-point program is administered by a woman. For those who If the gender aspect is of central importance, it would be easier and more straightforward to choose Annie Lööf as party leader and thus prime minister. Stefan Löfven's policy has been administered by her and the Green Party. I appreciate many of today's ministers as people and friends. But it is not friendship and collegiality that should be rewarded in politics. It's results. If the Social Democratic Party is to find its way back to the Social Democrats, the compass cannot be held by those who led the way from there. Responsibility is a virtue. You do not blame yourself. As a politician, you have to make sure what your decision leads to for the people. The outcome for the ordinary, hard-working, working person is what counts. If one's decision has led to more insecurity (more shootings, explosions, murders and organized crime) higher unemployment (since 2014, Sweden is the only country in Europe with rising unemployment) and industrial crisis (electricity shortages, production relocations, skills shortages), one should be rewarded by to be allowed to remain or get a higher position then? Has any of the government ministers resigned? Dissociated yourself from any of the 73 points that struck directly at the previous constituencies? If someone has carried their own beliefs or alternative ideas, what has stopped them from going out with them? Why has no one just said, “What are we doing? How can we sell ourselves to power? Why do we not just go into opposition and let the Center Party and the MP drive these madnesses themselves? ”

What would really change in the party's policy if Stefan Löfven is replaced by one of his ministers? In what way would it be better for the working, industrious class? My belief is that the Social Democrats must find their unifying glue. What gives the citizen his sense of belonging. I am a Social Democrat because I believe in work as the unifying putty. That we should all contribute according to our conditions. That we make demands on each other. The way into the community is by contributing to the community. A political party represents a group that has something in common. The Social Democrats are a workers' party. We represent the caring people who want to do the right thing for themselves. The hard-working class. We are not a grant party. We are not a migration party. We are not identity politicians, libertarians or neoliberals. We are social democrats and we must pursue social democracy as it was formed from Per Albin Hansson to Göran Persson. Do you want to get the same outcome of the policy that you received yesterday, even tomorrow, you should not change anything. Then it is logical to choose a party leader as ideologically similar to the previous one as possible. Ideally, then, one of the previous party leader's ministers. My vision is to make the Social Democrats become Social Democrats again. Then an preferably different policy is required. If we are to get there, all the responsible ministers must be replaced, not become party leaders. Jan Emanuel JohanssonSocial Democrat in internal opposition. Announced today in Aftonbladet that he would stand as party leader if he got the chance.

Thu Sep 2 , 2021
Published: June 29, 2022, 10:08By investing in companies whose products and services reduce global carbon dioxide emissions and contribute to the green transition, the Fondita Sustainable Europe fund has reaped great success. Over the past three years, it has risen by over 65 percent. But according to the manager Marcus […] 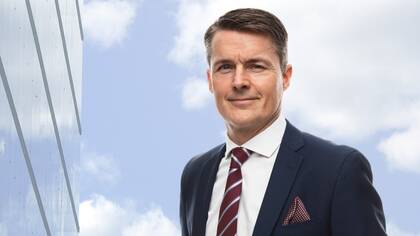