In the third report by Brazilians who are innovating in the cryptocurrency industry abroad, the Bitcoin Portal talks with David Lawant, a São Paulo native who currently lives in Palo Alto, California (USA). There, he works as head of research at one of the largest cryptocurrency managers in the world, Bitwise. Since January 2020, the 41-year-old Brazilian has been producing research on the performance of cryptocurrencies for the company that currently manages more than $1.3 billion in cryptocurrency funds. In fact, one of Lawant’s most difficult tasks out there is to attract highly qualified and money-savvy institutional investors to the crypto market, with numbers that clearly explain why exposing cryptocurrencies is a good idea. Before moving to the US to lead Bitwise’s research team and enter the world of crypto assets, the Brazilian accumulated more than 15 years of experience in the traditional financial market. After graduating in electrical engineering at PUC São Paulo in 2004, Lawant soon joined Unibanco to work as a securities analyst. He continued in the equity research area in the following years when he went to work at other renowned banks such as JP Morgan and, later, at Itaú BBA. “At that time, I basically produced research with recommendation of companies, but I also acted in some IPO processes and other types of stock offerings”, he explained to the report. He was also one of the founders of the investment firm Iron Capital in 2015, but the following year, he took a break from his professional life to focus on his studies. In 2016 he moved to Palo Alto to pursue an MBA (Master of Business) at Stanford University and has since lived outside the popular Silicon Valley region with his wife and two daughters.

While cryptocurrencies are now at the center of David Lawant’s professional life, he admits that he failed to see the transformative potential of bitcoin when he first heard about it in mid-2014. At that time, he was interested in investments in gold and bitcoin. was beginning to be seen as the digital version of the precious metal. “I was very skeptical, as most people are in the beginning,” he confesses. “Within gold investor circles, this idea of ​​bitcoin scarcity started to become popular, but at first I didn’t think the asset had that potential. But over the next two years, this business grew within me until by 2016 I was already fully interested in the industry to the point of moving to the US and making this career change,” he explains. When he left Brazil, Lawant was already immersed in cryptocurrencies and directed his studies to the area: “The master’s degree was very flexible, I could choose the subjects I wanted to do and set up my own project based on cryptoassets”. When he finished his master’s, Lawant chose to stay in the US instead of returning to Brazil and, from there, he returned to the job market acting as partner and head of research at Hashdex, the Brazilian manager responsible for launching the first ETF of country cryptocurrencies. The time at the company lasted less than a year and soon after, he was called to work at Bitwise, an American manager that operates indices that represent the crypto market. The Brazilian explains that the company currently has around ten funds that offer different exposures for the client to choose from. For example, there is the large cap index, which is made up of the biggest assets in the industry, another that only represents DeFi-based cryptocurrencies, and so on. In addition to producing research on the performance of cryptocurrencies, Lawant also helps with indices structures and compositions. “We are always looking at which asset should go in, which should go out, whether it makes sense to improve our methodologies and maintain this technology,” he adds.

A look at the Brazilian cryptocurrency market

After almost two years researching cryptocurrencies at Bitwase, David Lawant is not thinking about a career change anytime soon, but he does not rule out the possibility of returning to Brazil in the future. In his view, the Brazilian cryptocurrency market is evolving and gradually reducing the distance it had until then from other jurisdictions with more mature markets. “Brazil was far behind in the crypto market, but I think this gap has been closing because there are interesting initiatives from national companies at the same time that foreign companies are starting to open operations in the country and bring in know-how from abroad.” He also points out that Brazil is able to get ahead of other countries at some points, such as the launch of an ETF linked to bitcoin. If $HASH11 was listed on B3 in April, $BITO debuted on the New York Stock Exchange six months later, on October 19. As he already works in this segment of the crypto market, Lawant sees indices investing as a way in which bitcoin has a great chance of attracting more traditional investors who are still reluctant to include cryptocurrencies in their portfolios. “Most heavyweight investors see more sense in having exposure to cryptocurrency via the index than chasing specific assets. But of course, we look at the market. I am super excited about bitcoin, I like it a lot and I think the asset is still not understood enough.” The Brazilian analyst explains that when the bitcoin barrier is overcome, institutional investors are open to understanding what else the crypto market can offer: “There are interesting things happening in the Ethereum ecosystem as a whole. We are very attentive to the DeFi and NFT part, but also the second layer solutions that are emerging to compete with Ethereum.” Although bitcoin continues to lead the way, providing the basis for the sector, “the traditional market is beginning to understand this technological evolution as a whole, but we are still only at the beginning”, concludes Lawant.

Mon Feb 28 , 2022
The founders of one of the world’s largest Bitcoin derivatives exchanges have pleaded guilty to violating US banking laws and face up to five years behind bars for their crimes. Arthur Hayes and Ben Delo, founders of the BitMEX exchange, also agreed to pay $10 million each in fines. In […] 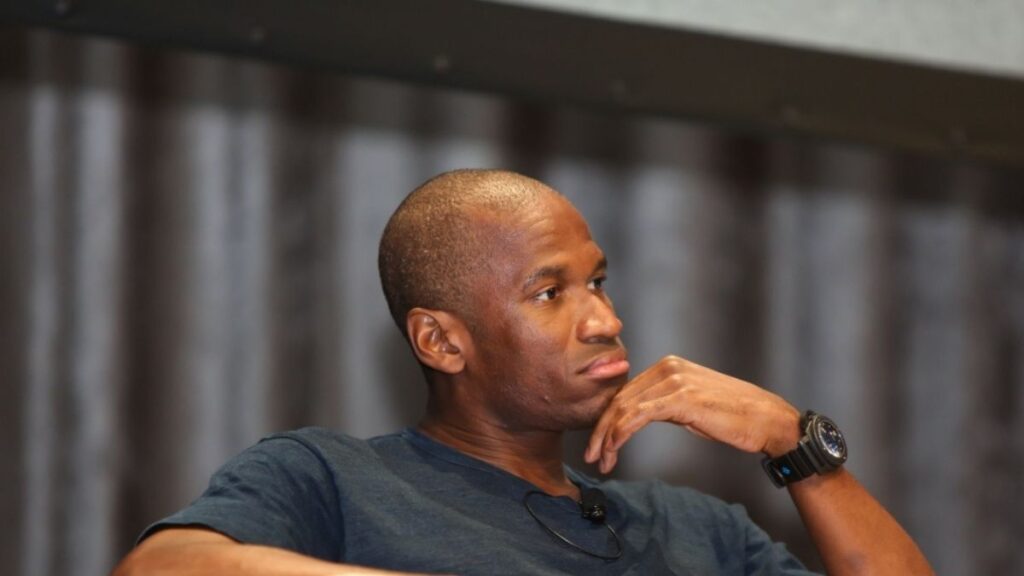